The first trade union to score major successes for gig workers in the UK, through public campaigning and legal cases

The gig economy has grown rapidly in recent years, with the expansion of platforms such as Uber and Deliveroo. But because of the very nature of this work, collective action is difficult to coordinate. Independent Workers Union of Great Britain (IWGB) has a devolved model which sets it apart from other unions, placing decision-making power directly in the hands of workers. As a result, they have been able to make an impact where traditional unions have struggled.

IWGB successfully campaigned for a 25% pay increase across four of the biggest courier companies in the UK, arguing at Employment Tribunal that they were operating with sham contracts that denied workers basic employment rights like the minimum wage and holiday pay. They successfully represented the lead co-claimants of the Uber worker rights case at the Employment Appeal Tribunal, again on the basis that they were denied basic employment rights.

IWGB is the first ever UK trade union with a collective bargaining agreement in the ‘gig economy’, with pathology services provider The Doctor’s Laboratory. 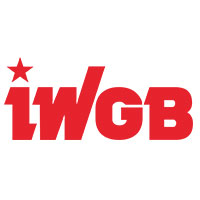