A talent platform that matches workers according to the completion of games, rather than education and background

Globally 1.8 billion young people are not engaged in employment, education, or training. Traditional hiring practices mean these people are shut out of high-skilled jobs, which screen according to degrees and qualifications they may not have access to.

Knack is a talent platform in which workers are matched according to completion of games, rather than education and background. As individuals play, Knack’s neural and behavioural science-based algorithms process this micro-behavioural data stream to measure the strengths of the person’s skills, traits and potential. This allows organisations to profile talent in a data-driven way, and individuals to demonstrate their skills and potential without the need for qualifications.

Knack has reached over 500,000 people in 120 different countries and established partnerships with governments, educational organisations, NGOs, small and large private companies. Peer-reviewed scientific studies have validated Knack’s ability to profile soft and cognitive skills. One study comparing Knack to a traditional process showed a 139% increase in high-performing hires and 100% decrease in poor-performing hires. Knack aims to reach 25 million people over the next 12 months. 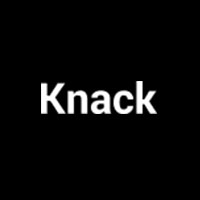