Self-employment is becoming increasingly prevalent in France, but this work is often precarious. In addition to experience income volatility, freelancers are often lack access to traditional workplace benefits such as health insurance.

WeMind is a growing community of freelancers, whose subscriptions give them access to products including health and liability insurance. Although these products are already available to freelancers, through economies of scale WeMind has been able to reduce their cost by 30%.

Since founding in 2015, WeMind has grown rapidly to over 20,000 members. Their most distinctive success has been providing access to long-term renting. In France, this is only accessible to people with an ‘employee’ contract. WeMind has created a rent guarantee product for freelancers from scratch, unlocking access to housing for its members. This achievement led to WeMind being awarded the Ordre National du Mérite by the French government in 2017. 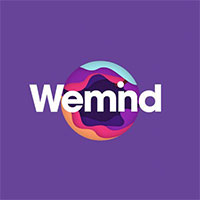