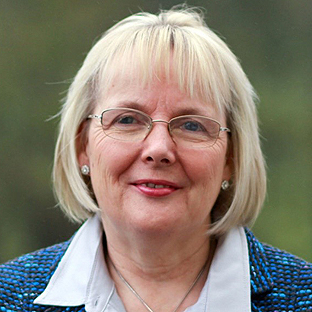 Ann and her husband run a beef and sheep farm and a property letting business in the foothills of the Cambrian mountains in Llanddewi Brefi with their two sons. Ann was brought up on a diary farm in Carmarthenshire and was an active member of the Young Farmers movement. She moved to Ceredigion and immediately joined Llanddewi Brefi WI. Ann has been a very active member of the WI at local, federation and national level. She was Chairman of Ceredigion federation from 2010 to 2013. Wales Chairman from 2013 to 2017, National Vice Chairman 2016 to date and National Public Affairs Chairman 2017 to date. Ann has been an Eco Team leader for the WI and named on the first green list awarded by the Welsh Assembly. Ann plays an active role in her community having been a Chairman and secretary of Llanddewi Show, community councilor and school governor.