“Lincolnshire is a major agricultural county, constituting 10 percent of the English agricultural output. Soils are fundamental to this agricultural economy. The county has a wide range of soil types, and more Grade 1 land than any other county in the UK. Ensuring these soils are in a healthy state will provide the agricultural sector with resilience against future threats from climate change and help create long-term sustainability in food production.”

Iain Gould, Lincoln Institute of Agri-Food Technology and lead of the Lincolnshire Inquiry

Role of the locally led inquiries

The issues covered by the Commission are wide-ranging and heavily influenced by context. From policy differences in the Devolved Nations, to cultural and topographical differences across the countries, it was clear from the outset of the Commission that seeking local perspectives would be critical.

In England, the Commission sought to set up three locally led inquiries. These inquiries would create a frame for the counties of Devon, Cumbria and Lincolnshire to investigate the issues of the Commission most relevant to them, with the aim of stimulating local debate and informing the national Commission. 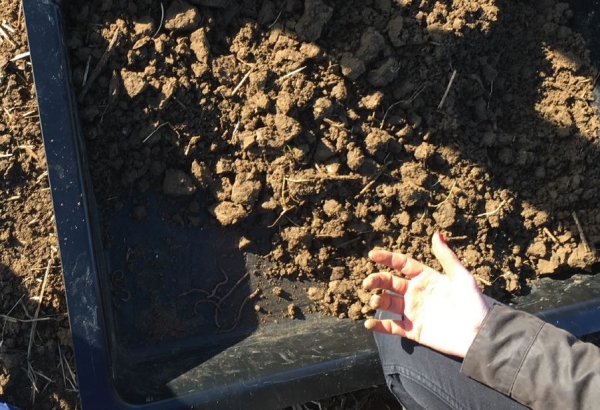 Report the report from Lincolnshire: Sustainable Soil Practice and Promotion

The work in Lincolnshire

Farmers play a key role in ensuring our soils are protected, and therefore engagement and uptake of sustainable soils practice with the farming community is essential for soil health, from the local to the national scale. Given Lincolnshire’s importance in the UK’s agricultural sector, we decided to focus the Lincolnshire locally led inquiry on soils. This enabled us to support work locally and draw these learnings into the main Commission.

We partnered with the Lincoln Institute for Agri-Food Technology (LIAT), part of the University of Lincoln which uses research, technology and education to support food and farming to be more productive, efficient and sustainable. The work of the Commission fits well with their concerns and those of their networks. Between September 2018 and June 2019 LIAT engaged with a range of farmers to look at sustainable soil practices. Firstly, to understand how farmers are approaching these issues, and secondly, to support and initiate networks for sharing good practice between farmers at different stages of their ‘soil health journey’.

The RSA food, Farming and Countryside Commission would like the thank Iain Gould, Isobel Wright and Jenny Rowbottom for bringing time, expertise and enthusiasm to this inquiry. 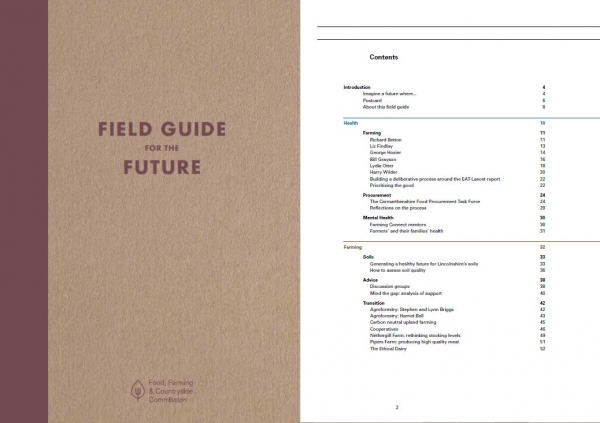 Field Guide for the Future

Some of the people, businesses and organisations who contributed to Devon, Cumbria and Lincolnshire locally led inquiries are featured in the Field Guide for the Future.