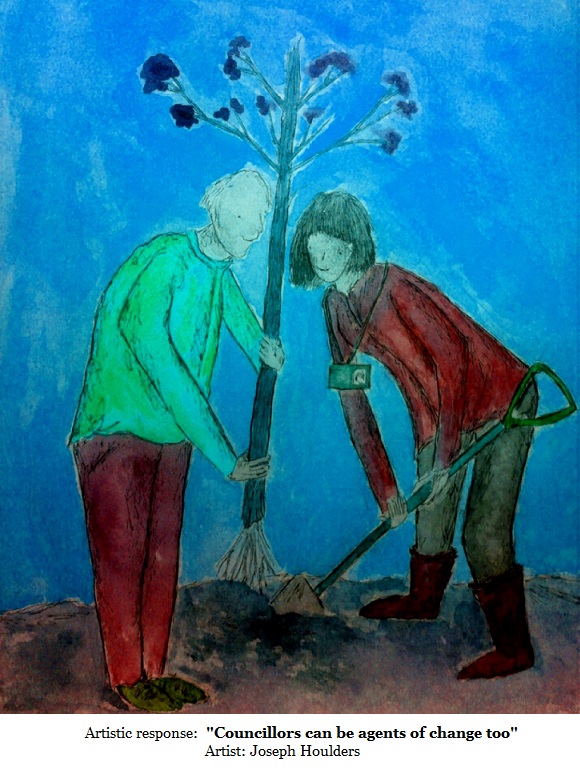 In January 2013 the RSA and Wiltshire Council began a three year learning partnership to stimulate new ways of working between communities and public services, supporting communities to be increasingly resourceful in meeting their needs.  The development of new integrated service hubs – Campuses – in different parts of Wiltshire, provided an opportunity to explore how local communities could be empowered to be more active in designing and running the services that mattered to them.

During the first phase of the project we interviewed a cross section of people who were either involved in the campus programme, or who could be important to its future potential.  We worked with local artists to reflect on and communicate the messages emerging from this research.  On the basis of what we learnt we agreed a work programme with our Council partners that had four elements: understanding and mobilising social assets, including arts assets; exploring forms of decision making and control for campuses (their governance); culture change between diverse public service professionals, community leaders and citizens; and support for shared learning between people actively involved in the campus programme.