Just 21% of Britons we surveyed think the UK will be a better place to live in 2030 than today. In a series of four essays the RSA’s Action and Research Centre maps out how a more optimistic future might be secured.

Since 1754 the RSA has sought to unleash the human potential for enterprise and creativity. The current mission of the RSA is 21st century enlightenment; enriching society through ideas and action.

We believe the following 10 foundations are necessary to bring the Enlightenment values of freedom, universalism and humanism to 21st century society:

These foundations are explored in the 4 essays featured in 'Ideas for a 21st century enlightenment', also available to read online: 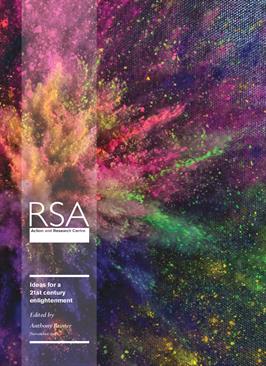