In communities the world over, retail shapes the way that people structure their lives and relationships, and conditions how they experience choice. Retail is a critical part of how a local area feels and functions. The ways that it goes about its business can either hinder or nurture the growth of the local networks, relationships and resources that improve broad social and economic outcomes. Improving our understanding of retail’s interactions with the places in which it trades is critical to improving how we live with each other and within our resources in the future. It is also critical for the long term success of businesses themselves

Locally and nationally, retailers are among the most prominent businesses we interact with. Employing over three million people in the UK, retailers play a role in the daily lives of the majority of citizens. Compared to other businesses, retailers are particularly grounded locally: they rely on local populations for customers and staff. Large retail stores are often a landmark physical presence. As well as sites of consumption they are sites of social interaction and employment, potentially key anchoring institutions in the social and economic activity that animates a place.

The growth of online commerce and the economic downturn have affected the viability of the UK’s high streets and bankrupted several chains. Britain’s largest retailers find that after years of competing to dominate the large store format, they now face competition from different formats.

Supermarkets and other retailers will need to be nimble in engaging with fast-moving changes in consumption, from the mainstreaming of online shopping to the emergence of ‘collaborative’ forms of consumption in which goods and services are shared, borrowed or bartered, rather than purchased. In this context, retail stores – especially in out-of-town locations which traditionally have a narrower focus on retail than High Streets must reconsider how to convince shoppers to visit their stores.

As retailers compete to provide the optimum blend of cost and quality online and offline, the backdrop of slow economic recovery and the pressures on customers’ domestic finances remain an important context for an industry which is famously and fiercely competitive. With two recent decades of supermarket expansion through convenience formats, alongside competition concerns and recent product scandals, the social value of supermarket chains locally remains an issue of public debate. Increasingly, campaigns are raised and political capital rallied against businesses that are felt to be exploiting their scale to maximise their profits without regard to the social consequences of their actions 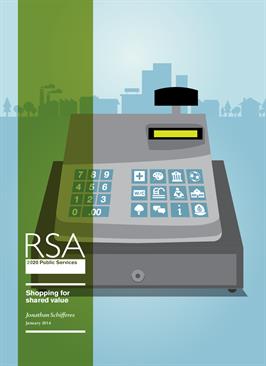