The Divided Brain: Can we agree about where we differ?

"I am bored by reading people who are allies, people of roughly the same views.  What is interesting is to read the enemy; because the enemy penetrates the defences." – Isaiah Berlin

While seeking advice on whom to invite to a workshop examining the potential practical relevance of the ideas in Iain McGilchrist's critically acclaimed book, The Master and his Emissary, Matthew Taylor recommended writer, lecturer and broadcaster, Kenan Malik. In addition to significant media profile as a broadcaster and award winning writer, Kenan has informed opinions on a wide range of social and cultural issues, and a relevant background in Neurobiology, and in the History and Philosophy of Science. 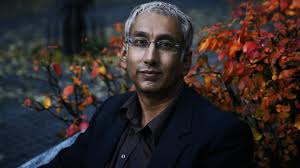 So it's a pity he couldn't make it! But thankfully Kenan expressed an interest in receiving our recently released report Divided Brain, Divided World  and over the last few days he has generously given his time and web platform to discuss some of the questions arising from it. I am very grateful for this contribution, and read Kenan's initial posting  in the spirit in which I think it was intended, namely critical inquiry; being interested in the substance of the work, but sceptical about the conclusions reached.

Iain McGilchrist swiftly responded with an extended comment (4000+ words, plus a reference to another 4000+ word piece - the final feedback piece from John Wakefield, on pages 71-76 of our report) that he asked Kenan to promote to a full posting. Kenan kindly did so, and added his response to Iain's comment in a fresh post Split Brains, Split Views: Debating Iain McGilchrist which led to a further comment from Iain and a further response from Kenan....which all sounds good.

The issue is not just about appraising Iain's book, but trying to develop a relatively mature discussion on the relevance of neuroscience to social, cultural and political questions.

However, as somebody who gets on well with Iain and broadly believes in both the soundness and importance of his ideas, I was surprised by the combative tone he took in his responses to Kenan's points, which felt much too strong, and which Kenan nonetheless generously accommodated and responded to in detail. 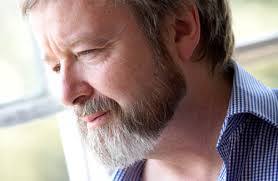 In Iain's defence, Kenan's first post could be viewed as provocative, not so much for the substance, but for the sources he chose to quote in support of his position. It makes sense that he drew upon the thoughts of Neuro-Nemesis Ray Tallis, whom I was very glad to include in the RSA workshop and report, and who wrote an extended critique of Iain's work for our report (pages 51-53) but I suspect what Iain reacted to most vehemently was quoting (with tacit approval) Owen Flanagan's review for the New Scientist magazine which I think Iain rightly refers to as 'shameful' (in this first reply to Kenan). This review featured a very strong negative judgement about a significant work of scholarship in a high profile magazine, and yet it appears to have been written very casually, without any significant attempt to engage with the book's content. However, attacking Kenan for drawing upon that source does feel a bit like shooting the messenger.

Iain's response might look odd to those not familiar with the ideas, so it's worth remembering what is at stake is the coherence and relevance of a grand theory that might (or might not!) help to inform how we understand and tackle some of the major issues of our time. In our report we focus mostly on climate change, mental health and education, but from the 14 response pieces we published, you can see it also has potential relevance to, inter-alia, Behavioural Economics, Art, The Patent System and NGO campaigning.

I trust the minor contretemps will be swiftly forgotten, and I am glad the ideas generated by it have been useful.

Four Questions to help people agree on where they differ:

On substance, I imagine there is limited appetite for further qualifications on the thousands of words already written about the matter in Iain's book, in our report, and now on Kenan's site. However, as I say in the introduction to the report, the issue is not just about appraising Iain's book, but trying to develop a relatively mature discussion on the relevance of neuroscience to social, cultural and political questions. In this respect, I see four useful questions emerging from the discussions on Kenan's site. These are all relatively philosophical in nature, but feel to me like the key sources of disagreement.

1) Can you believe the brain is fundamental without being a reductionist?

Iain must be tired of saying he is not a reductionist. As I mention in the report, the value of his approach for those working on social innovation is that the link between brains and behaviour is not direct, reductive and causal, but rather mediated by phenomenology and values. Viewing the hemispheres of the brain as if it they had the qualities of experienced personhood, in which they pay particular kinds of attention gives you a very different reference point to the more conventional model, in which we view the brain as a kind of biological machine with rules governing inputs and outputs.

However, if you place the brain centre stage in any explanatory theory (as I think even Iain would have to concede he does!) people are going to assume it serves as a kind of touchstone. So the question is valid: If you are not reducing your explanation to the brain, in what way is what you are saying about the brain important?

Iain might say you need to understand how the functional and structural asymmetries in the hemispheres constrain attention, that our patterns of attention circumscribe what and how we value, which predisposes (rather than determines) us to act in certain ways. But such an explanation is likely to disappoint the questioner who is looking for the brain to build them some explanatory foundations!

Iain's work relies on a sophisticated non-reductionist theory, but one that is nonetheless successfully surfing on a relatively reductionist Zeitgeist.

The charge against Iain is therefore that his argument relies for its rhetorical force on the epistemic esteem of neuroscience, but that esteem is grounded in a reductionism that he strongly repudiates. That curious equation is hardly Iain's fault, but it does create some explanatory discomfort! Iain's work relies on a sophisticated non-reductionist theory, but one that is nonetheless successfully surfing on a relatively reductionist Zeitgeist.

2) Is the equivocation over brains 'causing' social phenomena resolvable?

Similarly, Iain appears to most to be a bit equivocal about whether the brain is driving social and political changes. He would probably say he has shown the optimal amount of equivocation! Consider part of his answer to Kenan:

"There is a constant dialogue between brain and environment, which is traceable, if one wishes to do so, at the level of the synapse, but is also traceable at the phenomenological level. Each helps to mould the other. And so the answer to the left hemisphere question ‘which causes which?’ is – right hemisphere fashion, ‘both and neither’. But out of that relationship everything that we know, or can know, ultimately comes."

Still sounds pretty equivocal, right? But it also sounds about right to me. So is there a better way to express the relationship between our hemispheric division, in particular the growing the left hemispheric 'dominance' in a way that makes it socially and culturally relevant but not strictly causal?

Before taking that plunge, compare the question: Does climate change cause irregular weather patterns? The answer, of course, depends on what you mean by 'cause'...and good luck with that.

3) Is it appropriate to sharply differentiate the science from the metaphor?

It is widely accepted that it is almost impossible to speak about scientific ideas without resorting to metaphors and the role of metaphors in science is therefore somewhat unclear. For some, developing a good metaphor reflects a depth of understanding of what something is like, and how it works, that cannot be attained in any other way. It is not merely a superficial analogy, and yet it's not the 'thing in itself' either.

Iain seems to want to pitch his argument somewhere between literal and metaphorical truth, but many want to force a binary between science and metaphor, which feels like an uncomfortable choice in this context. The answer to the question: Is your thesis science or metaphor? Appears to be 'both'. Is that a satisfying answer?

4) How much does the ambiguity over agency matter?

Given a certain definition of 'persons' (again, good luck with that) are the hemispheres like persons or is it truer to say they are persons? The latter option feels absurd, but we need further clarity on what kind of agency a whole person has that a single hemisphere doesn't. In other words, is there an emergent property of additional agency that arises from the cooperation/conflict between the hemispheres in ordinary consciousness? Is is 1+1=2(working as one) or is it more like X+Y=Z?

These questions arose from the following query by Kenan:

"What I am suggesting is that part of the conceptual problem in your argument is the constant elision between brain (or hemisphere) and person, an elision that allows you to attribute agency to a hemisphere while denying that you are doing so.  If what you mean (...) is that ‘the person embodying the left hemisphere is not aware of that hemisphere’s limitations’ in the sense that he or she is unaware of the limitations of ‘left hemisphere kind of thinking’, then I would agree with you, but it would seem to be a truism. But if what you mean is that the left hemisphere ‘is unaware of its own limitations’ as an agent in its own right, independently of the person embodying it, then it becomes far more than a truism. But it also becomes a highly implausible account of agency, consciousness and personhood. Your thesis, it seems to me, rests to a large degree upon this ambiguity in the understanding of agency."

I think Kenan is right to raise this question but it is not yet clear to me how much hangs on it. Any thoughts?

All of these questions were explored in our report, but they have all been given fresh impetus from the discussion with Kenan Malik and those who commented on the blogs, to whom I am grateful. And finally, I just saw that Iain posted an apology for overreacting to Kenan's comments, so this important discussion is back on track in both substance and style...