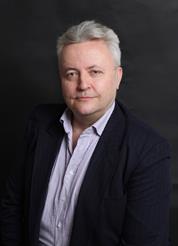 The first round of crowdfunding in the RSA CrowdPatch initiative in the London region took place over summer 2016. Christopher Norris FRSA invited the pioneer Fellow project leaders to give their feedback about the pilot scheme.

The first cohort of project leaders to take part in the RSA London region were Ann Nkune (Parent-friendly coworking project, Bloomsbury Beginnings), Luisa Spina (Small Gatherings for Big Thoughts) and Talmud Bah (Quality Interaction and Creativity). Each Fellow completed a short survey to give their thoughts and feedback about the process. Here is a summary of their comments.

All of the project leaders gave the pilot scheme 4 stars out of a maximum 5.

The best parts of the project

Everyone felt as though they learned a great deal through the process, especially from meeting like-minded people (Luisa) and by applying new skills in social media and elevator pitching (Talmud). Ann’s comment captured the extent to which her whole enterprise was energised by the process:

[The best parts were] hitting our target and the chance to try out crowdfunding for the first time on a small scale, with no commission or all/nothing target to reach. I got back in touch with previous customers and supporters, a number of whom made pledges or spread the word. The back up of advisers from CrowdPatch, and the access to a significantly wider group of potential donors through the RSA than I have in my personal network was very positive. It has proved a great catalyst for a more joint approach between staff and other users at the Calthorpe Project too. We also got a great video made, pro bono.

The most challenging parts of the process

Ann, Luisa and Talmud all found crowdfunding to be consistently hard work, in equal measure to being rewarding. Luisa did not appreciate how much time and energy is taken up by using social media effectively; Talmud found it hard to prepare for the execution of his QIC project at the same time as crowdfunding, saying he could have done with more time; and Ann felt that she did not capitalise on all the networking opportunities on offer within the RSA and via external contacts during the process.

Summaries of the process

Talmud found the pilot scheme ‘exciting, challenging and rewarding’. Ann appreciated the wealth of resources and expert help available to help her to hone her project into a narrative form, to make it more appealing; and Luisa loved the volunteering functionality of CrowdPatch, by saying:

It's been a great experience. I love the fact that people can contribute by volunteering. Often people are sceptical about donating money, but the fact that there's a volunteering option makes the project more appealing.

Suggested changes to the process

Whilst all three of the project owners expressed some reservations about having to register with CrowdPatch – an essential feature of any crowdfunding platform – Ann, Luisa and Talmud each offered positive suggestions for future consideration. Luisa would have appreciated the chance to meet like-minded Fellows at an informal gathering to present her project; Talmud would have liked the a smoother workflow in the process, to iron out spikes and troughs; and Ann felt the RSA London branding could have been more prominent to encourage interactive RSA Fellowship engagement.

Recommend to other RSA Fellows?

Here is what each pioneer project leader wrote in answer to the question: ‘Would you recommend crowdfunding at RSA CrowdPatch to other Fellows?’

Absolutely. I think that it is particularly useful for fellows who have built up a strong reputation among Fellows already, whose projects are very relevant to RSA's current priorities and for those like me who want to try out crowdfunding for the first time in a supportive and relatively 'low key' setting. (Ann Nkune)

I would totally recommend it as a way to put your ideas out there and better articulate them. You can meet lots of incredible people and the benefits have repercussions well over the campaign itself. It's a way to let people know who you are and what you can do. (Luisa Spina)

I definitely would, but with a revised strategy for campaign support and campaign duration - I think everyone was learning at the same time; it would be exciting to see how it moves forward, based on this learning. (Talmud Bah)

In other words, the answer to the question is a resounding ‘Yes!’

Any Fellow in the RSA London region wishing to find out more about the RSA CrowdPatch pilot scheme – or about alternative finance and crowdfunding in general – can contact Mark Hall (Regional Manager: RSA London; email mark.hall@rsa.org.uk) and/or Christopher Norris FRSA (Head of Crowdfunding; CrowdPatch; email cnorris@crowdpatch.com) 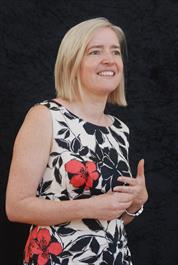 RSA-supported Crowdpatch project, Bloomsbury Beginnings, aims to tackle some of the issues experienced by mothers looking to get back into work.

Lost when it comes to funding? The RSA and CrowdPatch are here ...

The RSA and CrowdPatch are running a pilot scheme in partnership to help social entrepreneurs in the London and South Central regions to realise their dreams for local communities. Christopher Norris FRSA explains how this ...

Turning ideas into reality with CrowdPatch

The RSA is embarking on a new journey by teaming up with CrowdPatch, the community crowdfunding platform run by RSA Fellows, which provides social entrepreneurs with the ability to fund and find volunteers for projects that ...