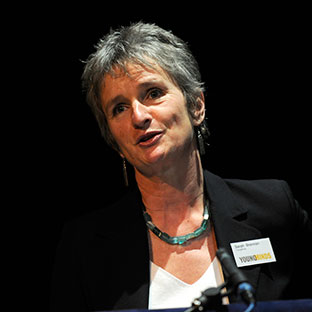 Sarah has over 25 years’ experience as a champion of young people’s causes, starting out in youth and community work, teaching and youth counselling. She gained an MSc in Voluntary Sector Organisation at LSE in 1990. From 1994 to 2001, she became director of services at the youth homelessness charity Centrepoint, moving to Motiv8, a charity creating life chances for young people, as Chief Executive.