Marcus Rashford as a model for learning

Marcus Rashford has made an enormous impact for a young footballer.

Ian Cunningham FRSA argues that Rashford is an exemplar of an effective learner and that there are lessons for the educational world from this.

In a tweet posted on 12 May 2021, by Marcus Rashford MBE, he wrote: “I stood on the seat in the Stretford End as a kid and watched that bicycle kick happen in real time. As soon as the game was over, I ran to the park and tried to recreate it. Luckily I’m still here because I landed on my neck a few times… but I just wanted to be like my idol.” For those who are not football fans, the Stretford End is a particular part of Manchester United’s ground at Old Trafford. 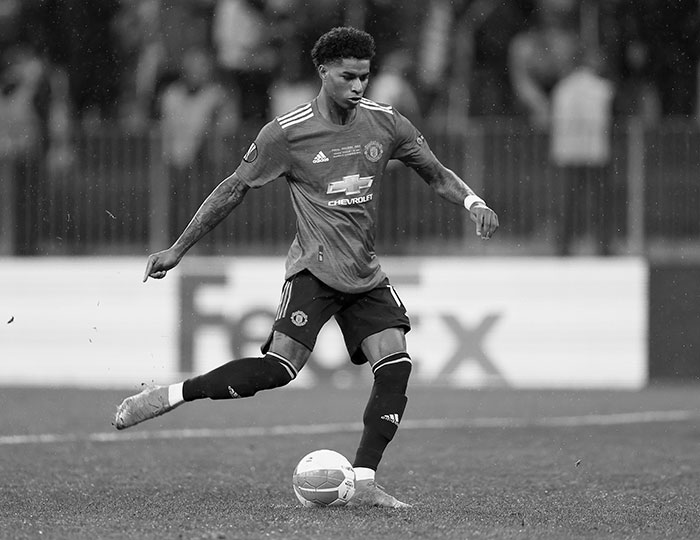 This little vignette shows some of the ways in which people actually learn to be brilliant at something.

First, what Rashford did was to actively look at what happened and how that particular technique of the bicycle kick had been used. It is not that he was just generally watching the game, but rather he looked in a particular way so that he could recreate the technique when he went to the park. ‘Looking for learning’ is different from just ‘generally looking’. It requires precision and specificity, is about looking to understand not just to observe and requires an act of involvement and inquiry.

Second, Rashford was not told to go and learn a bicycle kick; he has an internal motivation to learn and made the decision for himself. Schooling tends to assume motivation is an external process. Children have to be told to do things and taught in a formal way if they are to learn anything. Rashford’s statement could be repeated a thousand times by young people who choose to learn something as a result of an internal motivation. He decided for himself both what he wanted to learn (the technique of performing a bicycle kick) and also how to learn it (practicing by himself).

Fourth, Rashford had the freedom to fail. Many sports stars talk about the fact that they failed a lot and that that was a basis to their learning. They would try and try to learn something new, while accepting that much of the time they would fail. In Rashford’s case he was free to go to the park and fail and would have failed many times before he was able to do a bicycle kick. I have observed coaches in professional football clubs with young stars criticising them if they try to do something and it doesn’t work. This is a good way to stop someone learning.

Finally, Rashford’s comment that he had seen somebody do something and decided that if they could do it, maybe he could speaks to both learning from others and the fact that the kinds of skills involved are not instinctive. People who are poor learners often look at someone doing something and tell themselves ‘that’s amazing,  I couldn’t possibly do it’. But Rashford had the internal motivation and demonstrates elements of modelling where, as he said, he had seen someone who he idolised do something and wanted to be able to learn to do it himself. This is not instinct, it is learned. I find it very annoying, when football commentators talk of a player being an ‘instinctive goalscorer’. It is nonsense to suggest that people are born with abilities to play football or any other sport. These abilities are learned through many, many hours of practice, often failing before they get it right.

Looking at great sports people can really open up ideas on more effective ways of learning. They are prepared to take on the hard work and personal commitment needed to become great. This is not about luck or instinct but about a bone-deep desire to be the best they can be through self managed learning.

Dr Ian Cunningham founded Self Managed Learning (SML) College, Brighton, 20 years ago after a long career in the business world. SML College is a small learning community working with young people (aged 9-17) who can learn whatever they want in any way that they want. Ian’s latest book Self Managed Learning and the New Educational Paradigm is published this year by Routledge. Ian can be contacted at [email protected]