This report concludes that by creating a more ‘transactional' or impersonal relationship between the users and providers of public services, government reforms will not build or sustain the social networks that are vital for both people's physical and mental health.

The pressures on public finances are well known and documented. Over the next few years, spending on the NHS will increase at the smallest rate for years while the money local authorities receive for adult social care will be reduced. At the same time, demand for these services is increasing. In the longer term, the Office of Budget Responsibility has shown the strains that will be placed on public finances by our ageing population.

Recommendations include the following: 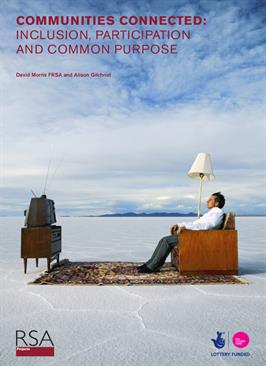