Bridges to a new social contract

Individual policies are important, but policymakers must also bridge the ‘cultural values gap’ and frame the policies for a new social contract in a modern and inclusive vision of British identity.

We commissioned Populus to poll 2,000 adults in Great Britain on the future of work and welfare, to find areas of broad political consensus:

The poll also looked at what the Chancellor should do in the short-term to aid the recovery: 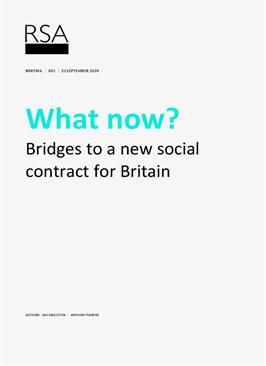