The Home Office has categorised young people who have been in care, in trouble with the police, excluded from school or homeless as being among those who are particularly vulnerable to problematic drug use. With the move towards more personalised services already producing results in other areas of social care, this report explores the strengths and weaknesses of such a strategy for helping drug users.

This summary falls into two parts. The first provides a brief summary of the report as a whole. The second sets out the Commission’s main recommendations and proposals. The Commission was appointed as an independent body under the auspices of the RSA and started work in January 2005. Its members are drawn from various fields and disciplines, some from the policing and treatment of drug abuse, but others from business, local government, health and social services, parliament, the professions and academia. The Commission has not conducted its own research or held public hearings but has made extensive use of the large volume of material that is already available. In addition, we have consulted widely and taken advice from a range of experts in the drugs field.

The reader should note that our focus is mainly on English practice in the field of drugs policy, although we refer frequently to Scottish, Welsh and Northern Ireland practice. We are conscious that, although the statute law relating to illegal drugs applies to the whole of the United Kingdom, the actual development and implementation of policy outside England are largely in the hands of the devolved administrations. 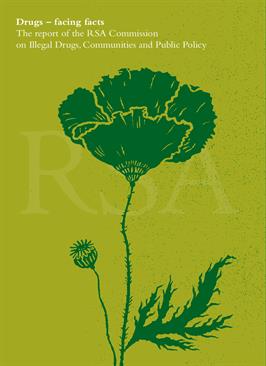