We are the first generation to feel the effects of climate change and may be the last to be able to significantly mitigate them. The take home messages of the Paris Global Climate Summit will inevitably be ‘progress is possible’, ‘we could do better’ and ‘we need to keep at it’. The cultural question of what is ‘realistic’ is now the preeminent climate battleground.

Growing conviction about the causes and consequences of climate change combined with political and cultural leadership, technological innovation and financial risk assessments means there is significant momentum towards decarbonisation and genuine grounds for optimism about the direction of travel.

But the grounds for pessimism, particularly about speed, are still very strong. The world is heading for dangerous levels of atmospheric warming but climate change is still considered relatively unimportant by most people, and the global appetite for energy is likely to continue to grow, fuelled by the developing world’s legitimate desire to industrialise with low cost energy.

In this context, the importance of the distinction between merely ‘reducing emissions’, and reducing emissions enough, quickly enough, can hardly be overstated. This report examines the claim that if you want to limit planetary warming to levels deemed acceptable, the beginning of the end of the fossil fuel industry has to be accelerated. The corollary of this realisation is that investment in fossil fuels should end, which entails divesting (dis-investing) in coal, gas and oil and re-investing in alternative energy, particularly renewable energy, storage and transportation.

And all of these factors influence the regulatory ambience or ‘surround sound’ in which legal principles are considered and laws are made. 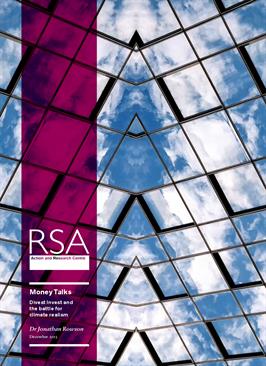