The RSA Area Based Curriculum in Peterborough: An Independent Evaluation

This is an evaluation of both the concept and practice of the Area Based Curriculum initiative, covering its implementation in three primary and two secondary schools in Peterborough.

There is an increasing disconnection of children from the places where they live, and the probable effects of this on their learning, well-being and achievements. This problem has been exacerbated by (a) the National Curriculum, National Strategies and other policies that have been driven by concerns about standards and the economic competitiveness of the UK, and (b) a focus on competition and the performance of individual institutions, coupled with systems of accountability that together construct schools as isolated institutions, rather than dynamic, embedded, situated and human.

The Area Based Curriculum initiative seeks to foster a new collaboration, a means by which communities and schools can work together to ensure that schools draw on the knowledge and resources of communities to create diverse approaches to learning.

The Area Based Curriculum initiative was centred on five schools in Peterborough and a number of partnerships of different kinds. Three of the schools were primary (Dogsthorpe Junior School, West Town Primary School and Bishop Creighton Academy), and two secondary (Thomas Deacon Academy and Ken Stimpson Community School).

This report evaluates the success of the initiative in Peterborough, focusing on its five original objective objectives:

The evaluation concluded that the initiative was highly successful in the case of the three primary schools and the partnerships that they formed.

It found a good triangulation between the independently-voiced claims of teachers, children, and key people in partner organisations. Together with direct observations of pupil work, this evidence points clearly to the initiative making a tangible and positive difference to the learning of a large number of children.

The more mixed results in secondary schools arose from a combination of factors, including learning cultures with a strong ‘performative’ orientation that positions subject teaching as insulated from (and superior to) other conceptions of educative purpose and which foster reluctance to depart from established practices.

To some extent the original conception of the initiative underestimated such difficulties. The initiative was very well led and managed and provides a basis for a model that would be transferable to other (primary) schools. 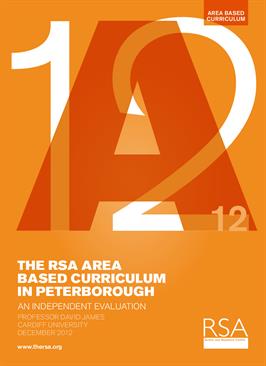