Our world is rapidly changing, over the last few decades we have seen new global challenges such as inequality, climate change and mass migration emerge. How does this radically shifting global landscape affect how we educate our children? The challenges of globalisation have led to a social and economic need for new learning approaches, premised on the creativity of individuals. We argue that international schools have a key part to play as creative catalysts of a new global education system. 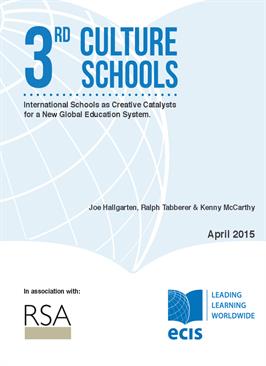