The RSA was born on 22 March 1754, when eleven men met in Rawthmells coffeehouse in Covent Garden and declared themselves to be the Society for the Encouragement of Arts, Manufactures and Commerce.

The overarching design, as set out by founder William Shipley, was for our members to pool their subscription funds, to be spent on initiatives for the public good.

We originally functioned as a direct and deliberative democracy, with one person, one vote – including women – who were allowed to be members from our very beginning. In our first hundred years, our fund was spent primarily on encouraging inventions, discoveries, and design skills, through a series of advertised prizes. These prizes were used to encourage the landed aristocracy to plant an estimated 60 million trees, to fund inventions that would not otherwise have been profitable, and to find plants or minerals that could be the basis of new industries. We had hundreds of schemes to remedy social ills, including trying to abolish the use of children in cleaning chimneys by finding a technological replacement, and trying to solve the problems of banknote forgery. In 1760 we even hosted Britain’s first dedicated exhibition of contemporary art, the predecessor to the Royal Academy’s annual exhibitions.

As a direct democracy, however, we also reflected the priorities or prejudices of our members, who were drawn from among Britain’s politicians, merchants, artists, civil servants, aristocrats, and manufacturers. In our early years we advertised prizes to encourage particular industries in Britain’s colonies, some of which underpinned slavery. In later years as our members’ opinions changed we advertised premiums that did the opposite, rewarding abolitionist causes. Our first vice-president, the 2nd Baron Romney, was a major slave owner. Later, on the list of vice-presidents included the prominent abolitionist William Wilberforce.

The RSA: a society reimagined

From the 1840s the RSA underwent major changes. We ceased being directly democratic, but shifted our emphasis to applying art to manufactures, campaigning for system-wide reforms, and holding exhibitions. Under the influence of Henry Cole, arguably our re-founder, we initiated the Great Exhibition of 1851, organised a follow-up International Exhibition of 1862, and continued to be involved in many of the exhibitions now known as the World’s Fairs. It was also in this period that we received our royal charter (though “Royal” was not added to the name until 1908), and became involved in reforming or creating systems in everything from examinations, workers’ self-education, and girls’ secondary schools, to intellectual property, musical pitch, and public sanitation. We were also responsible for the creation of the blue plaque scheme. 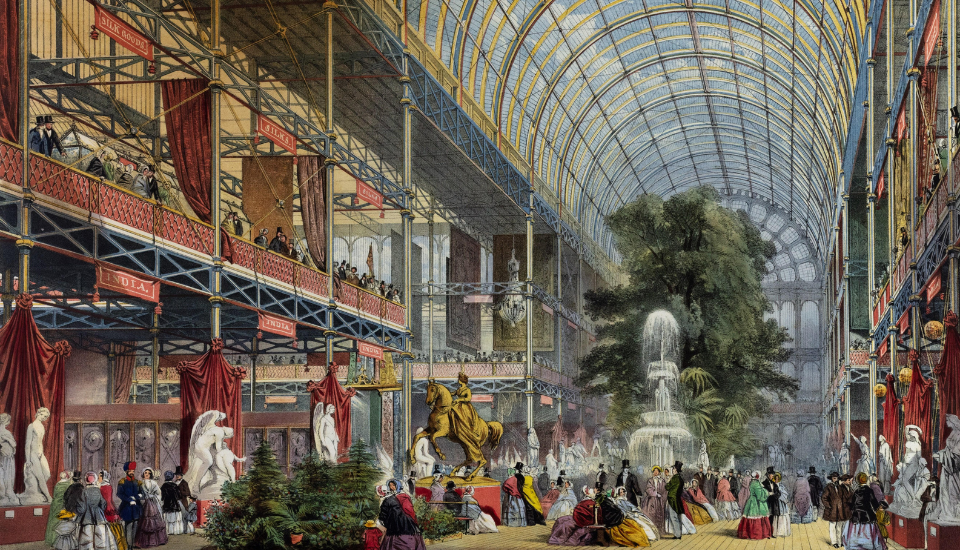 In the 1920s we became the focal point for a social movement to preserve old cottages. We were responsible for the preservation of almost the entire village of West Wycombe and administered the Countryside in 1970 conferences between 1963 and 1970. This played an important role in the emergence of the modern concept of environmentalism. The RSA has also been a innovator in applying design to industry, creating the designation of Royal Designers for Industry and awarding the Student Design Awards.

Whatever we can find that could be better, the RSA improves it and moves on to the next campaign. Among hundreds of initiatives, in the 1980s we led a national campaign to promote industry and in the 1990s reimagined the Fourth Plinth as a place to display contemporary sculpture. In the 2000s we set up the first of the RSA Academies at Tipton, and in the 2010s were behind the creation of a national network of community banks. Our courageous spirit continues, as we continue to harness the curiosity, creativity and courage of our community of Fellows to realise change today.

Preserving our past. Recording our present. Inspiring our future. Search the archive online or get in touch with our archive team.

The RSA Albert Medal is awarded annually to recognise the creativity and innovation of individuals and organisations uniting people and ideas in collective action to create opportunities to regenerate our world.

The RSA Fellowship is a unique global network of changemakers enabling people, places and the planet to flourish. We invite you to be part of this change.