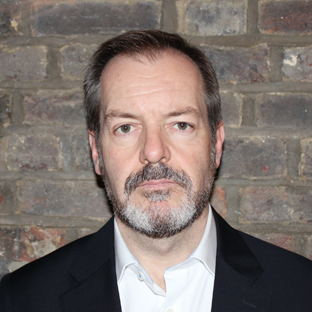 Last week Colombian President Juan Manuel Santos toured European capitals seeking to drum up support for the peace negotiations he is presiding over in Havana, between his Government and the main Colombian guerrilla group FARC.

The week before I was in his capital city at the UN Habitat World Cities Conference.  The event was scheduled to coincide with the first ever UN designated World Cities Day. And I was the guest of the Economic Secretariat of Bogota.

Flushed with the success of our RSA City Growth Commission Report, I set off to Columbia somewhat apprehensive that my experience in looking at the potential of devolution for metropolitan areas in Britain may not seem quite so relevant to conference participants largely drawn from the urban policy community in Latin America. But to my pleasant surprise I found that there were a number of areas of common interest – which was a relief as I had already sent my Prezi off to be loaded on the AV system before I left the UK!

Within hours of arriving in Colombia I was involved in intense discussions with officials from the Bogota Economic Secretariat, the local government world and others about the challenges of getting municipalities to co-operate and collaborate across metro areas and about the merits of different governance models. And throughout my time, in and around the conference, I was engaged in a range of conversations that touch on issues which are clearly at the heart of metro economics across the world.

So let me reflect on some of these.

The significance of cities – it  feels as if the wave is still building on cities both domestically and globally. This conference was, after all, held on the occasion of the first world cities day. All the economic data points to urbanisation and the rise of cities as the new mega trends, but national politics is only just waking up to the significance of this. So Mayors of Cities like Quito, Mexico City and Bogota feel that it is only now that they are beginning to be listened to by their national governments. But at the same time this new relevance of cities looks like it’s here to stay.

Maximising agglomeration benefits (transport, planning and density) – Underpinning the economic discussion of cities is the notion of agglomeration. Maximising scale, and clustering is generally acknowledged to be central to driving productivity, innovation and creativity. Mobility is a key issue within this. Most of the major metro areas represented at the conference either have or are planning to develop mass transit systems that increasingly effectively transport people around the conurbations, to and from work.

Key challenges are about further boosting capacity and achieving better integration across transport systems and at the same time improving connectivity between metros. In Bogota, for instance, the BTR system, which is called TransMilenio, is a highly efficient BTR system, which is a kind of Light Rail system on wheels, with secure stations, electronic timetables, and dedicated lanes on all the main roads running north and south, east and west.

The challenge is to integrate it with small private bus operators, who run on the smaller roads (closer to where people live) and to extend it to the airport. The question is can the city create the underground system it has long desired. And this in part relates to issues about planning and density. Bogota has grown far faster than was planned and isn’t sufficiently dense in the centre. So the holy grail would be to align housing and density strategies with new transport systems that can maximise productivity and reduce the length of average commutes, which can still  be a couple of hours each way, even for people who still live within the outer edge of the metro area.

Data – one of the most important priorities for cities is to have accurate data about their places and some means of measuring progress. As metro economies have grown in importance, so the shortcomings of national economic data have become more apparent, GDP is a very rough generalisation at the best of times and says little about urban economies. So metros are grappling with how to establish better data and metrics for their places. It was striking how many major Latin American metros have Economic Secretariats. Bogota not only has an Economic Secretariat but also an Economic Observatory. This is run by Dr Manuel Sacipa, who was also the lead organiser for the conference.

He and his bright and helpful economist colleagues, like Maritza Ramirez, collect,publish and analyse a range of city based labour market, sectoral, and trade data. There is strong interest in the potential of smarter data analysis and transparency as a means of transforming public service performance and creating the environment for creativity and innovation. Something that was particularly stressed by Alberto Orozco Ochoa who runs the economic planning directorate for Guadalajara Metro, in Mexico. For me the very existence of these well resourced economic secretariats and Observatories was interesting. In Britain, New Economy plays that role in Manchester but it is noticeable how to my knowledge no other British cities currently have this economic capacity. There are still some big challenges in better data analysis. One of these, which can be a big problem in Britain as well, is about the resistance of private companies, running transport systems, to making their passenger data publicly available.  For example, TransMilenio in Bogota will not allow the Economic Observatory access to its data (for commercial reasons) yet this could reveal vitally important information about travel patterns, that could be very important in understanding people movements and how to plan for these. If the information was publicly available then this could enable people to plan when to travel, as well as create new business opportunities. The publication of data sets about footfall by Leeds Data Mill, in the UK is designed precisely to achieve these outcomes.

Measurement - allied with data a key question is how to measure economic progress. UN Habitat have done some pioneering work in developing an index of prosperity for cities. The economist leading on this is Eduardo Lopez Moreno, who is based in Nairobi. As the joint sponsor for the conference he gave a fascinating presentation on the index, for which Colombian cities have agreed to be a pilot. The index has five main elements: productivity; infrastructure; quality of life; inclusivity; and sustainability.

Eduardo presented his initial findings about how Colombian cities are faring in relation to this index. There were some interesting variations between cities and the Mayor of Bogota has already pledged to act on the areas where his city needs to improve, for example on inclusivity. Speaking to Eduardo afterwards, a few questions arose. How to measure these elements within and not just across whole metro areas is one of these. From the RSA's point of view it would also be good to look at what proxies could be developed for measuring capacity and support for creativity and innovation.

Politics and governance - a fundamental issue, as in Britain, is about politics, leadership and governance. To succeed, Metros need coherent, visible and effective leadership and the ability and capacity to deliver big changes. Bogota is a very good example of what can be achieved by good leadership. Mayors have a four year term limit, but in the past two decades a succession of highly effective Mayors have overseen dramatic improvements in the city. One of the most colourful of these was the academic, philosopher and mathematician, Antanas Mockus, who set himself the highly ambitious challenge of changing the character of the city.

He deployed a range of cutting edge behavioural science techniques, including hiring 400 mime actors to mimic bad traffic behaviour in order to force drivers to be more considerate. He also ran a successful campaign to reduce water usage by 40% and he instituted women only days. The aim of all this was to make the city safer and friendlier, and to encourage social interaction in place of fear and kidnapping, his social experimentation was widely feted.

He was succeeded by Enrique Penalosa who was responsible for introducing the TransMilenio BTR system which has been widely admired and copied in Latin America, as well as an extensive network of bike paths. Gustavo Pedro, a former M-19 guerrilla, and the current Mayor, has continued in this tradition, he has over a million twitter followers and is a champion of the poor, controversially extending public services to the makeshift slums in the south of the city.

Pushing against centralisation - it's also noteworthy that many Latin American countries are wrestling with the same challenges of over centralisation and the dominance of their capital cities. Brazil and Mexico are clearly exceptions to this, but Chile, Colombia, Venezuela, and Ecuador all fall into this category. The population of Bogota, at 8 million, is roughly the same as London, making it by far the biggest city in Colombia, accounting for the lions share of national GDP - sound familiar?

Of course, there are some very big differences between the circumstances of Latin American cities like Bogota and British cities. Colombia is struggling with the consequence of nearly 50 years of terrorism, narco-crime and civil war. The post-conflict challenges are about maintaining the peace, reconciliation, fairness for victims, re-settlement of former combatants and developing sustainable alternatives to the drug trade in rural areas. In parallel to this there are broader demographic trends that affect many Latin American countries, particularly the flight from rural areas to cities and the subsequent emergence of slums and edge of city developments. Such is the rapid pace of this process that some city authorities are now having to use drones for aerial documentation of where makeshift developments are being established. And there is the long history of populism and relative weakness of established political parties, which explains the importance of term limits for City Mayors!

But my overall impression of Bogota, was of a city that is already growing very rapidly in a country that has considerable economic potential. Growth in recent years has been strong and sustained, with no real downturn following the global financial crash. The final stage of peace talks were taking place in Havana between the government and FARC whilst I was in Bogota. As RSA Fellow, Carlos Largacha, who is a Professor at the Bogota Business School (EAN) told me, the peace dividend for Colombia will be substantial if peace is durable. Even the country’s relative success at the World Cup has piqued international interest. In my view, Colombia will be a country to watch for good reasons, both economically and socially.

Ben Lucas is a former Commissioner of the City Growth Commission. You can follow Ben on twitter @BenLucas_

This article was originally published by the City Growth Commission.