Can Etsy point the way towards an ethical business future?

This is a guest blog by Catrin Jones, Assistant Curator at the V&A and supporter of the RSA Student Design Awards. 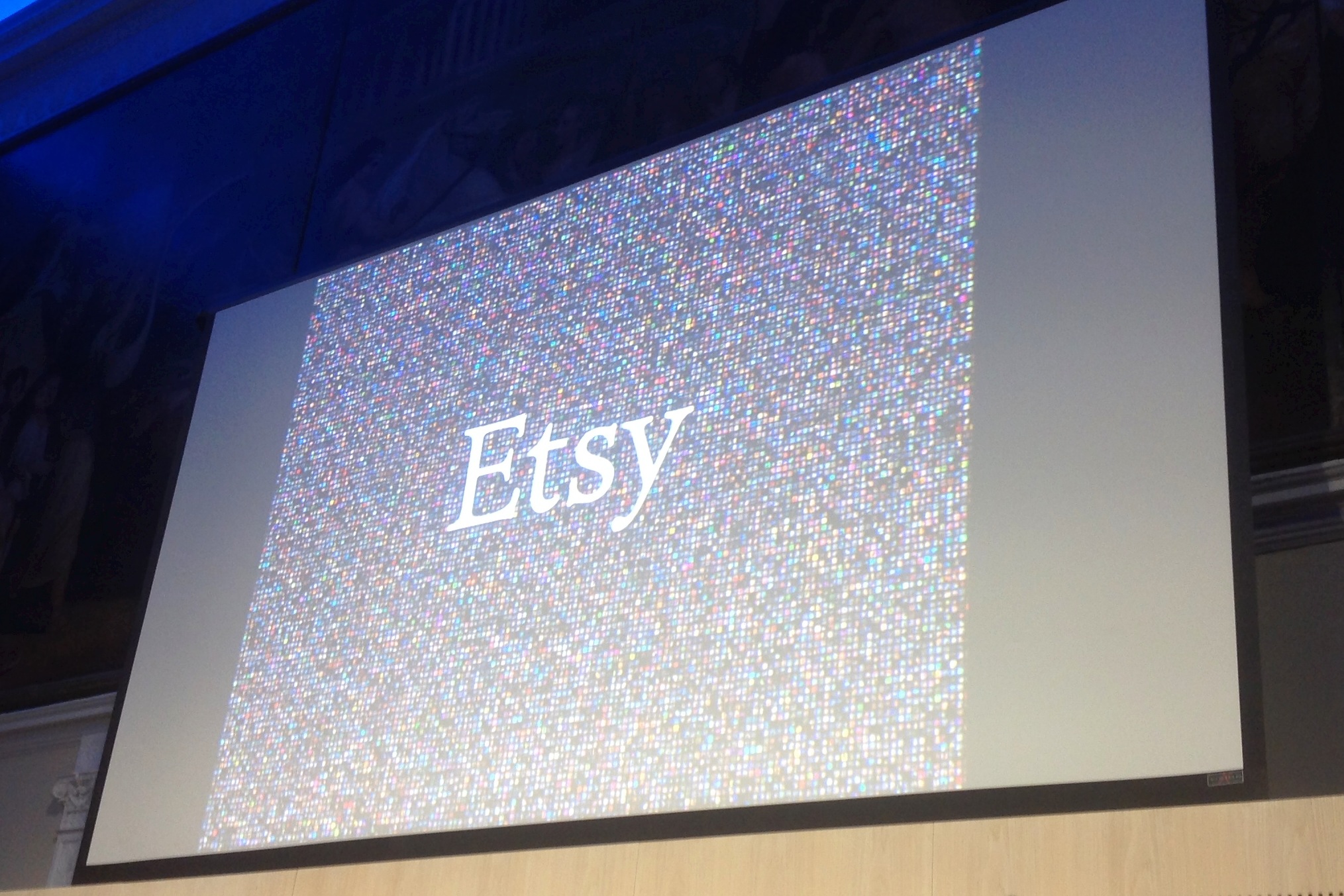 Since it was founded just 8 years ago, online handmade marketplace Etsy has burgeoned into an international community of 900,000 sellers. Speaking at the event ‘Business is Personal: Putting people and planet before profit’ on 5 June at the RSA, Etsy CEO Chad Dickerson presented a refreshingly non-cynical look at how businesses can not only do good, but do better. Citing economist E.F. Schumacher’s Small Is Beautiful: A Study of Economics As If People Mattered (1973), Dickerson described his approach as based on the idea that creating a better world requires creating a better mindset. He put forward the idea that Etsy has created its own sustainable and ethical model, and explored how business more generally can redefine its definition of success and build values-led enterprise. This is an issue that is close to the RSA’s heart; Etsy’s values of sustainability, creativity and entrepreneurship are at the core of the RSA’s mission and day-to-day activities.

Dickerson challenged the idea that success in business always boils down to growth versus vision: Etsy strives to be, ‘not the best in the world, the best for the world’. Using case studies of Etsy sellers (including Jimbobart and FormesBerlin) Dickerson explained how Etsy users are able to grow their business and, ‘make a life, not just a living’. Although Etsy taps into modern technologies, Dickerson remains engaged with the idea of traditional retail. Many of his success stories related to real-world interactions, not internet transactions – from Etsy seller Jane Foster’s poster being stocked in Ikea to US chain Nordstrom picking up local Etsy sellers’ products to stock in their larger stores. Even at a time when high streets world-wide are being hit by recessions, Etsy envisions a world where there is a marketplace both online and in conventional retail. So far, so idealistic.

So how does their business model work, and what does ‘business is personal’ mean for Etsy? The maths is simple: 96.5% of sales costs go to the seller, 3.5% to Etsy. Dickerson proudly links Etsy’s ethical status and goals to their attaining ‘B Corp’ certification. B Corp, a ‘framework and certification for companies wishing to benefit society as well as their shareholders’, is a world away from global brands with a separate Corporate Social Responsibility arm. B Corp certifies companies whose social goals are built into their corporate charter. These businesses aim to prove that you can create a values-driven company that gets a return for its investors, without ‘selling out’. Dickerson described B Corp as similar to the Fairtrade label, but for the business, rather than the product. Attaining certified B Corp status involves a number of stringent tests and assessments in all areas of the business, from governance and workers to community and the environment. Etsy is now a signatory of the B Corp ‘Declaration of Interdependence’.

Beyond the company’s Brooklyn head office, Etsy is a network or marketplace along the lines of Kickstarter and Skillshare – it is made by its users. This made me wonder about Etsy’s premise: the company itself may be ethical but how does it account for and regulate the ethical credentials of its sellers? Should this be part of its remit, or do we rely on trust that people will choose not to ‘be evil’? Similarly, aside from hosting them, does Etsy owe its sellers anything beyond provision of the platform? The company is not without its detractors, particularly surrounding the recently launched Etsy Wholesale. Some feel that Etsy’s ‘craft’ tag allows the same old factory producers to masquerade as independent, small-scale operations, again pushing out smaller makers who can’t necessarily sell at volume.

Yet alongside these concerns, a growing online community of Etsy Teams is forming. These local groups provide one another with support and ideas, and understandably Dickerson is a major supporter. Etsy collaborates with these self-made groups to co-create the platform, ‘a global platform for leveraging human capital that already exists.’ These Etsy Teams not only help the brand to grow but also offer the potential for making a real community contribution. And there are more concrete benefits for Etsy: a local Etsy team recently translated the site into Italian.

For Etsy, the future is about redefining the supply chain and reconnecting it with people.  Right now, Etsy is the kind of business where its CEO responds to a tweet from a local mayor (Rockford, Illinois) and builds this into a collaborative project across the local arts, housing, sustainability, and business sectors. The resulting craft entrepreneurship project in Rockford’s schools is surely a real example of global/local interaction. As the brand grows, will Etsy remain as open?

Dickerson ended with an image of a mosaic (see above), created in 2006, formed of the avatars of all Etsy sellers. Today there are far too many sellers to fit on one slide. I for one will be keeping an eye out for how Etsy takes their commitment to ‘putting people and planet before profit' and shows us, as well as other businesses, how to grow while remaining true to their founding values. I remain hopeful that, even in our complex, globalised world, it is possible.

Catrin Jones is Assistant Curator at the V&A and a blogger for the RSA Student Design Awards. Follow @RSADesignAwards

A full webcast of the event is available to watch on replay until 15 June. An edited HD video will be available on the main RSA website in the near future. Event Twitter hashtag: #RSAEtsy