An Audience with Terence Woodgate, Royal Designer for Industry

‘Designers were considering sustainability before sustainability really existed.’ It wasn’t what I expected to hear from an internationally renowned designer, but then it seems to be the job of designers to defy expectations. 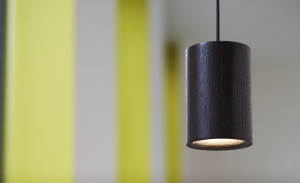 This particular designer, Terence Woodgate, rose from humble beginnings in North London to become one of the RSA’s Royal Designers for Industry (RDI), the highest accolade for a designer in the UK and acclaimed for his exquisite furniture and lighting. After failing his 11+ and with dyslexia misdiagnosed as lack of aptitude, he was steered towards woodwork and found a niche in technical drawings – and maths. An apprenticeship at Gordon’s gin plant in Clerkenwell found him designing machines to stamp wax crests onto bottles, and was followed by work in the petrochemicals industry and travel in Europe and Asia. It wasn’t until his 30’s that Woodgate trained as a furniture designer.

One of Woodgate’s heroes is the iconic designer Charles Eames, who famously said: ‘I have never been forced to accept compromises but I have willingly accepted constraints’. Woodgate takes this a step further, declaring: 'You have to be passionate about every constraint'. For him, this includes the material constraints that must be taken into account when designing for reusability or recyclability, and he maintains that it is the job of the designer to know about the whole life cycles of a product’s components. More than anyone, it is the designers of ‘cheap stuff’ who should be thinking about the lifespan of a product: ‘Because those are the first things that are going to be thrown away!’

‘You have to be passionate about every constraint’

The issue of waste is, Woodgate concedes, problematic for designers: ‘A lot of manufacturing is waste, so the best thing you can do from a sustainability perspective is to make something that lasts a really long time. I would like to think that all designers set out to transcend fashion!’ It is this idea of emotional durability that comes through in Woodgate’s work, and that is so strongly linked with the creation of desirability. This in turn, however, begs the question of how to design products that are desirable for a long time, and not just for a season. They must be memorable in some way, made with integrity, and represent something to the owner that goes beyond just the way that they look.

Achieving emotional durability is of course more difficult with technical products, as you get ‘benefit creep’: enhanced desirability with the arrival of every new model. Woodgate’s most recent project SOLID is a collection of LED lighting for his own eponymous company that aspires to fuse technology with emotional durability, and about which he enthuses: ‘LEDs are so special because, for the first time since we lived in caves, we’ve moved away from using fire for light; LEDs are semiconductors that emit light.’ As lighting currently accounts for 20% of the world’s energy needs, LEDs represent enormous potential for energy and carbon savings – through the mere redesign of a fitting and change of a bulb!

There are drawbacks, however, and these are both product specific and systemic: LEDs can last for 20 years – longer than many traditional light fittings; they are also currently too complex to be recycled. Lighting systems, moreover, are often installed by a developer whose interest is in finding the cheapest up-front product (i.e. not LED), rather than the most energy efficient system for the eventual resident and bill payer. This disconnect between the design of the product (focused on energy efficiency in the use phase) and the design of the system (which lacks the incentives for initial installation) points perhaps to the need for legislation that is able to level the field and, most crucially, take a long term view. 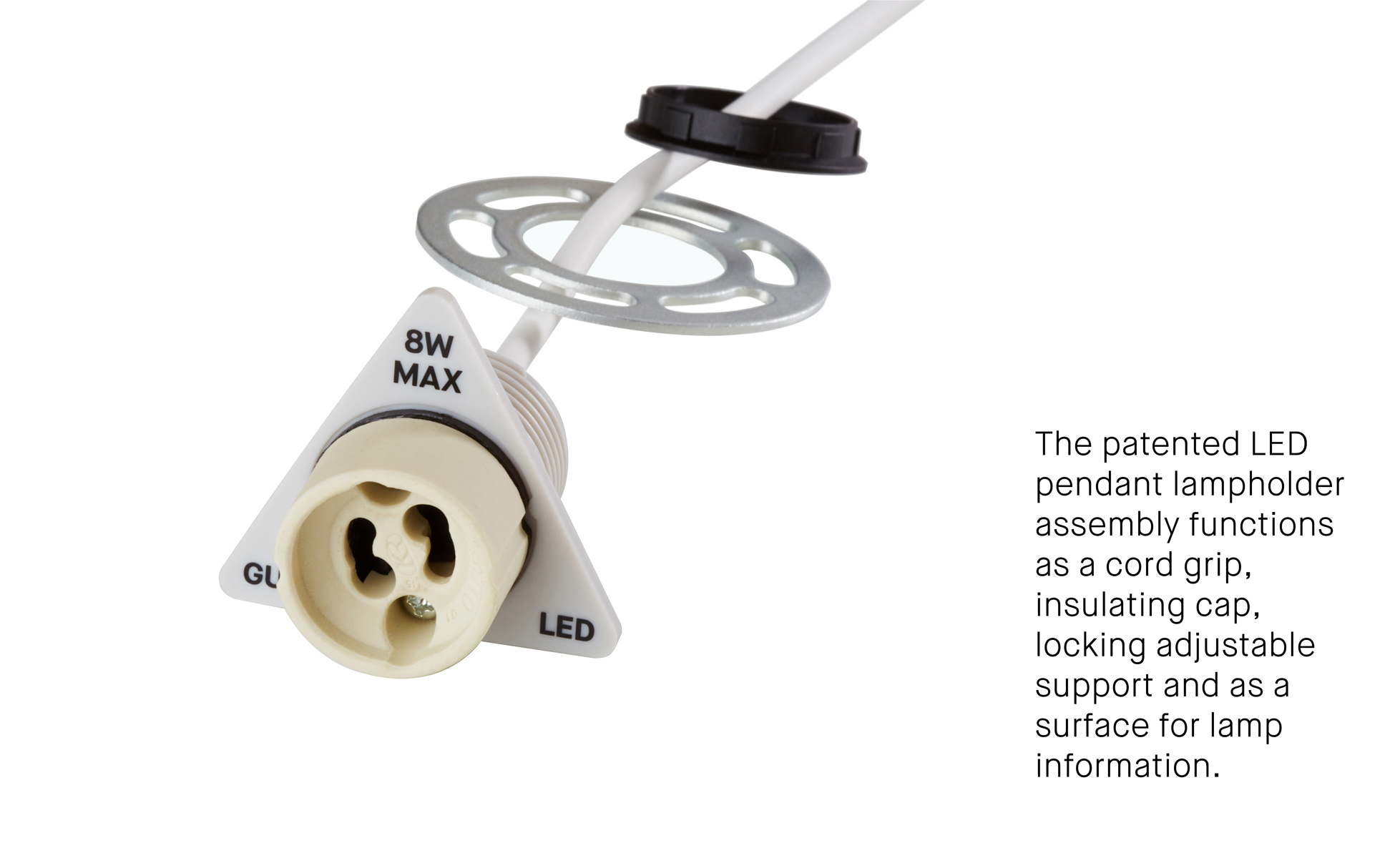 The other issue that Woodgate has faced in creating his new product range, and which must concern all designers for a circular economy, is the tension between integration and modularity (this article goes some way towards explaining the two architectures). According to Woodgate, ‘For the designer to choose which path to take is incredibly complex, but very important and relevant to the life and end of life of the product. I don't think it has been fully understood, or even considered, by many designers or manufacturers.’

Modular design (think Dell) allows those parts which have a shorter life than the main product to be replaced, though it means that other components – such as a lamp holder – are needed, with all the associated costs of manufacture and assembly. With integrated design (think Apple), the LED would be simply screwed or glued directly to the fitting, making for a more reliable product that is less likely to fail (because there are less parts), as well as material savings. Although in theory a circular economy would tend to dictate a more modular approach to ensure reparability and longevity, both methods can in fact be valid. For instance, if the product is only to be used for a short time before being thrown away, an integrated model that comprises homogenous materials for easy recycling may be more practical than a compartmentalised design made for long life or reparability. Context is everything, and it is vital to consider the whole life cycle of the materials.

Of course, in the end, good design should cost less than bad design

It may even be appropriate to apply both approaches in the same product. With his new range of lighting Woodgate has reduced the three parts of the lamp holder into one, whilst at the same time achieving modular design to ensure upgradeability as LEDs evolve. It was one of the Great Recovery’s workshops in fact that influenced Woodgate to make his products simpler: ‘If one component can do the job of four, then so much the better’.

And what of the role of the client? Many designers are excited by the idea of design for a circular economy, only to be disillusioned when faced with client briefs that specify nothing more than aesthetics and price point. Convincing the client of their idea is an issue that all designers have in common, but according to 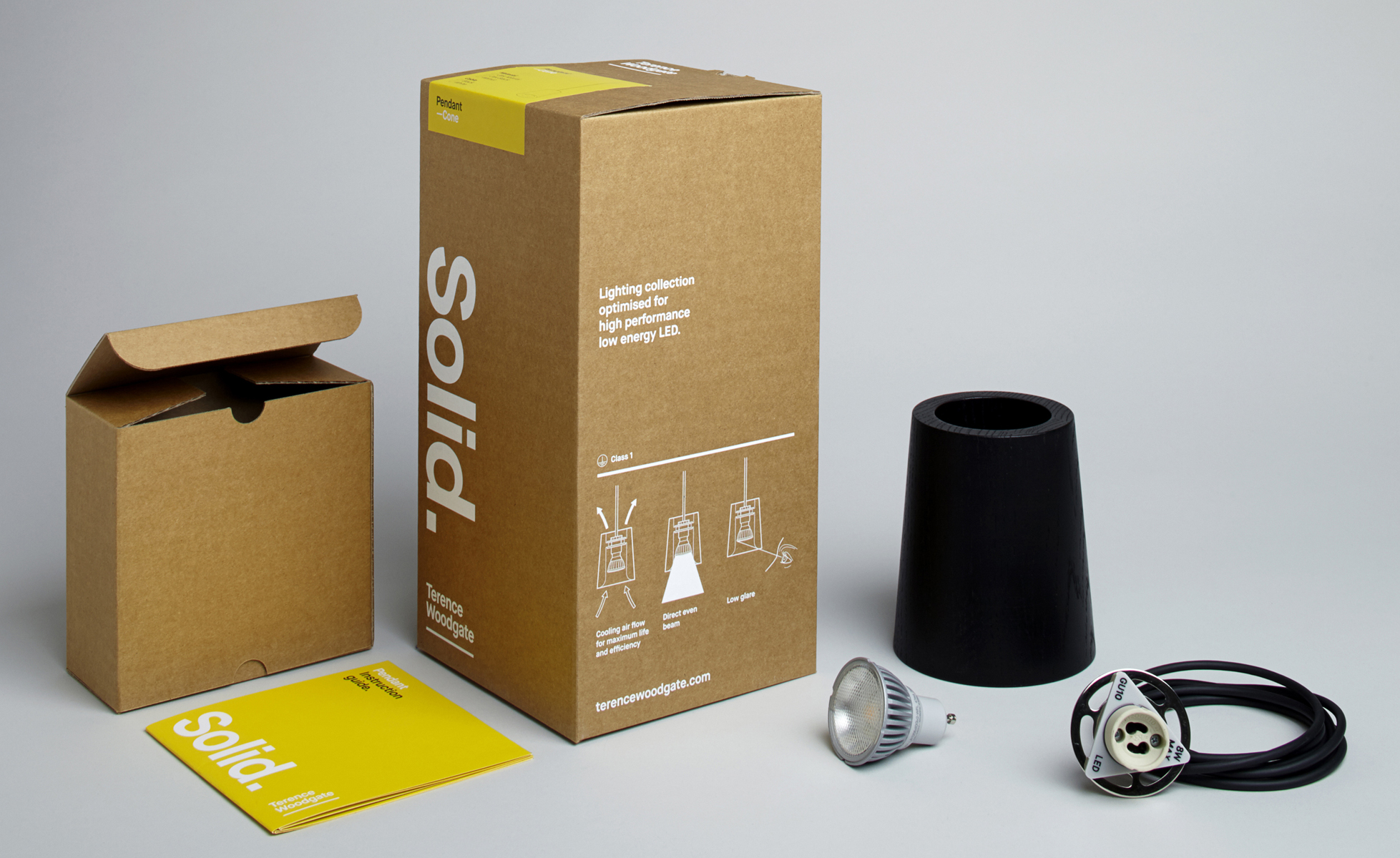 Woodgate it has always been the prerogative of the designer to challenge the brief: the client may think they know what they want, but often they don’t. ‘You have to find a way to convince them why it’s the right thing to do – with honesty and no embellishment. And why it will benefit them.’

For the designers of a more circular economy, the challenge is to navigate the constraints of materials and costs, customers and clients, and to innovate new relationships as well as new products. The last word to Woodgate:

‘Design is a fusion between art and technology, a ‘perfect symbiosis’ of working together for a common cause. And of course, in the end, good design should cost less than bad design'.

Lucy Chamberlin is project manager and researcher for The Great Recovery.