Cloudy with a Chance of Mindfulness

So, at the beginning of your mindfulness practice… Oh, and by ‘beginning,’ So, at the beginning of your mindfulness practice… Oh, and by ‘beginning,’

At the heart of today’s mindfulness debate lies the uncomfortable question of expertise. What does it take to become a mindfulness expert? Although it may not be an ideal measure of expertise, the figure of 10,000 hours of deliberate practice has been considered to be a rough indicator of it [1]. How then, if we apply this figure, do modern mindfulness instructors measure up? It certainly varies from person to person, but recently, a mindfulness coach intimated his belief that 20 minutes of mindfulness meditation per day, for 40 days, was a sufficient foundation for teaching others – a regimen amounting to a total of 13 hours and 20 minutes of actual practice. And by actual practice I mean meditation.

So, at that rate, how long would it take to become an "expert"? To reach the 10,000 hour threshold at a rate of 20 minutes per day, a mindfulness practitioner would have to meditate every single day for 82 years. For comparison's sake, if one were to meditate an average of 10 hours per day, as is customary in intensive retreat settings, it would take the person nearly 3 years to reach 10,000 hours. Whichever way the figures are broken down, that’s a lot of mindfulness. I have a strong feeling that the coach I mentioned previously is not alone in his "loose" conceptualization of required practice, as many or even most mindfulness instructors today are unlikely to have accumulated this many hours.

To reach the 10,000 hour threshold for expertise at a rate of 20 minutes per day, a mindfulness practitioner would have to meditate every single day for 82 years.

As with most subjects, teaching mindfulness without substantial first-person experience is bound to have consequences. Likely among these is the generalized sense of confusion and opacity surrounding the aims and purpose of mindfulness that we see today. A simple Google search for ultimate goal mindfulness provides a good illustration of this:

With mindfulness now being integrated in corporations, hospitals, universities, and in countless other life domains (including prisons, primary schools, sex, and… dogs?), making better sense of mindfulness sooner rather than later may benefit all of us. Dogs too, apparently. So how might we begin to do so? 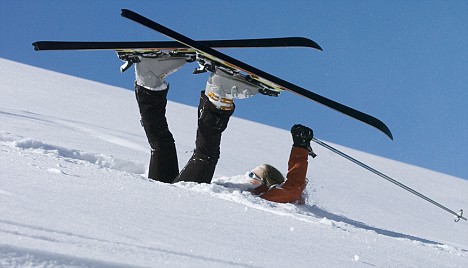 Learning to ski can be a harrowing experience. The boots are clunky and cumbersome, the skis are awkward and unnatural, and the winter clothing hot and bothersome. A novice at this stage might have a very different experiential understanding of skiing than would an extreme skier. The beginner is unlikely to describe skiing as the experience of “freedom”, “oneness”, or of “insight into your being,” as some experts do [2]. Between these two distant degrees of experiential separation lie countless understandings of what skiing is, what it is for, and what skiing is really like. Mindfulness is also like this.

I have witnessed my own conception of mindfulness evolve numerous times over several silent meditation retreats. As mentioned previously, such retreats involve 10+ hours a day of mindfulness meditation over the span of a few days, a few months, or a few years. I remember sitting dumbfounded, on a wooden bench at a Buddhist monastery in northern Thailand waiting on the instructor to provide my first ever mindfulness instructions. As I pored over the laminated “retreat guidelines” sheet for a sentence justifying sitting alone and in silence for three days, I found this: “The purpose of mindfulness meditation is to see things as they really are.” It is only now – several years and retreats later – that these words are beginning to make some sense. I emphasize some.

The more one practices mindfulness, the more his or her understanding of it evolves in a particular direction

What is clearer, however, is that the more one practices mindfulness, the more his or her understanding evolves in (or aligns with) a particular direction. How one communicates it to others then depends on how far she has gone in her own practice. One experienced mindfulness researcher and instructor once shared that: “The biggest problem with mindfulness research is that the researchers themselves have not gone far enough in their own practice.” It may then be safe to assume that prior to developing full expertise, one’s understanding of mindfulness is guaranteed to be partial and inaccurate to varying degrees. And while it is not incorrect to claim that mindfulness “increases productivity,” for instance, it may be wise to caveat such a statement by acknowledging that mindfulness may both be much more, as well as something other, than a means to boost productivity or any other by-product of the practice.

The demand for mindfulness instructors in the UK is skyrocketing. Brief instructor training programs have been deployed to quell the demand, despite the risks of developing impoverished understandings of the practice. Psychological researchers Crane et al. highlight that, “practitioners may be tempted to respond to this demand without having engaged in the personal preparation… required for these endeavours” [3].

Like a 6-year old teaching a 4-year old child to read, or like a childless parenting expert describing the joys of pregnancy and child-raising to an expecting couple, mindfulness instructors with sparse backgrounds can be found spreading the joys of mindfulness to organizations and individuals. While these instructors certainly help raise awareness of mindfulness in our society, the type of awareness they raise may be one that conceals or overlooks mindfulness’ most profound and valuable aspects. Do the benefits of such inaccurate or incomplete exposure of mindfulness outweigh the costs? I do not know for sure.

To conclude, I encourage most people to explore the “mindfulness revolution” sweeping the land while noting that incomplete understandings of it abound, even among self-proclaimed experts and instructors. So don't simply take their word for it. To part the fog and form a more accurate view, a silent mindfulness retreat may be a good – albeit highly challenging – starting point. Indeed, the Buddha’s practical antidote for confusion still applies today: “Go… see for yourself.”

Andres Fossas is Senior Researcher of the Social Brain Centre at the RSA. He tweets @afossas0