Remember that report that said nobody reads reports? Well here's one from the same organisation that is likely to buck the trend...

On the lips of anyone interested in behaviour science is the news that this year’s world development report from the World Bank is all about using behavioural science to improve development policy. 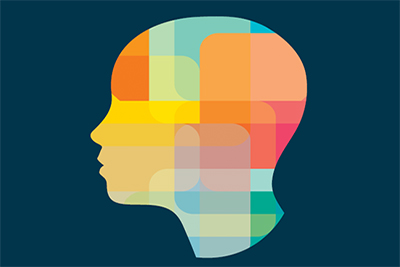 Within the first few pages of the report the authors explain:

“The title of this Report, Mind, Society, and Behaviour, captures the idea that paying attention to how humans think (the processes of mind) and how history and context shape thinking (the influence of society) can improve the design and implementation of development policies and interventions that target human choice and action (behaviour). To put it differently, development policy is due for its own redesign based on careful consideration of human factors.” (p.2)

The report weighs in at over 200 pages. I have not read it all yet, but what I have seen so far seems to be clear and accessible, making it actually quite a pleasure to read. As Mark Egan said recently on the excellent Stirling Behavioural Science blog, with this paper “Christmas has come early for Behavioural Science nerds”. Indeed! But I’d argue that this is great news not just for us nerds, but for policy makers, practitioners working out in the field, and ultimately (hopefully) for society as a whole. Behavioural science is not just applicable to development policy; we should be using our revised understanding of human nature to design our lives around us in such a way as to help us behave in our own individual and collective best interest.

The report starts with a section to explain the general theories that underpin this perspective, with chapters on thinking automatically, thinking socially, and thinking with mental models. The authors write:

“From the hundreds of empirical papers on human decision making that form the basis of this Report, three principles stand out as providing the direction for new approaches to understanding behaviour and designing and implementing development policy. First, people make most judgments and most choices automatically, not deliberatively: we call this “thinking automatically.” Second, how people act and think often depends on what others around them do and think: we call this “thinking socially.” Third, individuals in a given society share a common perspective on making sense of the world around them and understanding themselves: we call this “thinking with mental models.””(p.3)

This is followed by section 2, which reviews research into areas as diverse and fundamental as: poverty (they have undoubtedly reviewed Shafir and Mullainathan’s work on scarcity (see also here)), early childhood development, household finance, productivity, health, and climate change. The Social Brain Centre’s current projects fall into two of these areas, financial capability and climate change, so we are particularly keen to look through this section of the report.

“The three ways of thinking emphasized here apply equally to all human beings. They are not limited to those at higher or lower income levels, or to those at higher or lower educational levels, or to those in high-income or low-income countries. Numerous examples from high-income countries throughout this Report demonstrate the universality of psychological and social influences on decision making. The Report documents the cognitive limitations of people in all walks of life, including World Bank staff... Development professionals themselves think automatically, think socially, and think with mental models and, as a result, may misidentify the causes of behaviour and overlook potential solutions to development problems. Development organizations could be more effective if practitioners became aware of their own biases and if organizations implemented procedures that mitigate their effects.

“For development practitioners, identifying psychological and social influences on behaviour and constructing policies that work with them—rather than against them—require a more empirical and experimental approach to policy design. Because human decision making is so complicated, predicting how beneficiaries will respond to particular interventions is a challenge. The processes of devising and implementing development policy would benefit from richer diagnoses of behavioural drivers…and early experimentation in program design that anticipates failures and creates feedback loops that allow practitioners to incrementally and continuously improve the design of interventions.” (p.5)

And in keeping with the spirit of the report, the Bank also published a handy infographic with the top line concepts explained – see below; this is undoubtedly valuable as another medium for disseminating their message, especially given the news earlier this year that the majority of the Bank’s reports (and other organisations like it) rarely get read.

However, the annual WDR is not the average World Bank report, and as such its message will not likely be “buried in a PDF nobody reads”. A close personal acquaintance, who worked at the Bank for 15 years, told me that he was impressed that behavioural science was getting centre stage given that the WDR is such a high profile document with a very wide global audience.

And writing in the Behavioural Insights Team blog, David Halpern wrote that: “Many people, including inside the Bank itself, were curious to see how the upper-echelons of the Bank react to the report, with several people saying to me beforehand that the top of the Bank weren’t really interested in ‘this sort of behavioural stuff’. They couldn’t have been more wrong… [The World Bank President] said the bank was a place of ‘empiricism’ and that, on the basis of the evidence in the report and from the field, it would be ‘negligent’ for the Bank to fail to embrace behavioural approaches.” And continued that the Bank’s chief economist “noted that it was already the most well-read WD report at Board level than he had seen in years.”

As this report covers what we would call ‘Social Brain ground’ here at the RSA, we’re happy that it has been published, and find it encouraging that new approaches to development policy and practice based on a richer understanding of human nature are being proposed at this level. The real test will be whether the approaches proposed are translated into action taken, and to that extent it would be worthwhile to have a follow-up report in 1-2 years’ time to chart any progress made.

Nathalie Spencer is part of the RSA’s Social Brain Centre