Many of us realise that we could be getting better value by switching utility providers, yet never actually muster up the energy to make the switch. Here we make some informed guesses about what could be done to overcome this inertia.

Last week we wrote about how hard behaviour change can be in general, and specifically in the context of switching utility providers – even if it could result in a better deal. The tendency to stick to the status quo, lack of urgency, present bias, and social norms come together in a perfect storm resulting in a lack of appetite to switch utility providers. So if this is the case, how can we encourage switching providers and changing behaviour more generally? 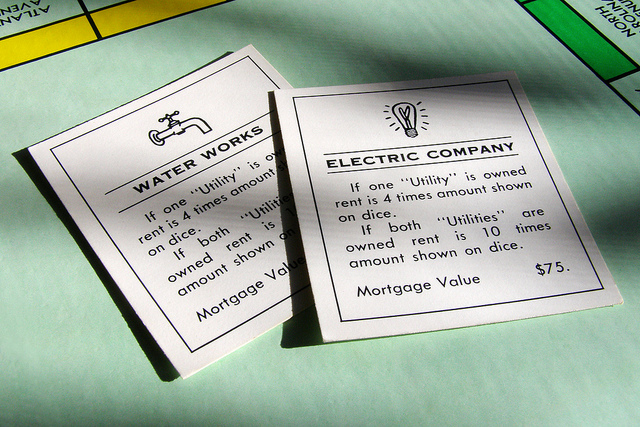 What if switching utilities was restricted to a one-month window? The sense of a deadline might encourage people to take a closer look at their accounts (to avoid the regret they would feel if they realised that they could have saved money), it may be easier to see price differences when accumulated over a year (helping to reframe future benefits as being relevant now), and it might generate more conversation about switching (to bolster a social norm around switching). The obvious drawback of this approach is that it limits people’s choice to switch, and conventional wisdom would say that limiting choice is surely no way to improve wellbeing. But one of the insights from behavioural science is that sometimes the counter-intuitive approaches work best.

A classic example of this is Uri Gneezy and Aldo Rustichini’s research about parents arriving late to pick up their children from day care. One might think that introducing a fine to penalise late parents would work to reduce the incidences of this happening. But they found that instead, it increased parents’ tardiness, as the fine shifted the transaction from a social one (I’ll feel guilty if the teacher has to work longer hours if I am late) to a market transaction (I’m paying for this extra time).

Another way to encourage action is to bring the benefits upfront, or make the cost of doing nothing really highly salient. Anything that reframes the future benefits as current benefits, or makes it very easy to switch (reducing the upfront cost) could help. This might be done using price comparison sites - but keep in mind that the site might be getting commission so check the fine print (which itself is cognitively effortful, so is a cost).

Similarly, anything that makes people think about themselves in the future might help to highlight the benefit. My guess is that this ‘future-self priming’ would have to be done while also getting people to think about their energy consumption, which may be a tricky challenge. Perhaps a ‘future selfie’ could accompany each utility bill. It may sound far-fetched, but research by Hal Hirschfield and colleagues found that doctoring employees’ staff photos to show an aged version of themselves helped to increase the amount people contributed to their pensions. This is in comparison to a control group which simply had their regular, non-aged photo visible.

I’m sure that none of these are perfect solutions, but at least they take aspects of our human nature into consideration. And of course the end goal is not to switch utility providers, bank accounts, service providers just for the sake of switching, but to get the best value for a particular situation. Sometimes that might be by switching, other times by haggling with an existing provider, and still other times it might be more valuable spending that extra time and energy elsewhere completely!