The role of ignorance in policy-making

Here at the RSA, like dozens of other think tanks, we aspire to use research to produce evidence on which policies and practices are effective in creating a desirable set of outcomes. But at the end of last year, a call for academic papers landed in my inbox which struck deep to the core of our day-to-day purpose. I worry that we spend so much time and effort producing “knowledge”, we don’t pay attention to the counter-weight: ignorance.

Consider last year’s flagship achievement at the RSA: the City Growth Commission, which argued for the need to stimulate stronger economic growth through devolution to metro city-regions. There is some evidence for the link between fragmented governance and lower productivity, and we conducted our own research programme. But to exert influence, what was important was not just adding “knowledge” to support a narrative; we had to deliberately “problematise” the centralised nature of UK government, of public services, and decisions about investment and spending. In effect, I felt our greatest weapon was to highlight ignorance: the unappreciated, detrimental effect (though hard to evidence) of centralisation on economic development in UK cities.

Last year saw the first fruits of a significant government investment in “What Works” centres. Announced in 2011 and launched in 2013, seven centres have taken the form of academic-funder partnerships, focusing on different policy areas. The point is to streamline problem-solving efforts. They are loosely modelled on NICE – that National Institute for Clinical Excellence which advises the NHS on what treatments are effective and cost effective. Overseen by David Halpern, who shot to Whitehall fame in his earlier role as head of the Behavioural Insight Team (the ‘Nudge’ unit), the aspiration is that experts will synthesise all available evidence in order to guide decision makers (like Local Authority Chief Executives). The vision is akin to online shopping: simply browse and select the most effective interventions which support the outcomes that the political mandate demands.

My worry is that this vision of public sector management is incompatible with the way hearts and minds interact with our democratic process. It feels reductive – it reduces leadership to a decision-making science. I want evidence to be instructive, but wouldn’t it be frustrating to devote a career getting into power to earn the privilege of selecting policies from a pre-endorsed list that has been through rigorous evaluation and trials? We want leaders to lead, and our current notion of leadership is ‘above and beyond’ science, I’d argue. In fact, in our political culture, it’s not only disempowering; deferring to scientist-civil servants is and that is why I hold little hope of real culture change.

I’m not the only one. Sociologist Linsey McGoey has written of the “value of ignorance as an organizational resource”. She argues that “Ignorance and knowledge are often thought of as opposite phenomena. Knowledge is seen as a source of power, and ignorance as a barrier to consolidating authority in political and corporate arenas…[but] ignorance serves as a productive asset, helping individuals and institutions to command resources, deny liability in the aftermath of crises, and to assert expertise in the face of unpredictable outcomes.”

Considering the international evidence of what is achieved by sanctions in the benefits system, JRF found “the best specified impact results are of little, or at least secondary, importance to the political impetus for reform”. But ignorance goes much further than a tactic used to get through politically-driven reforms. There are a whole bunch of public policies which get a free pass. There were no Randomised Control Trials to see if compulsory seat belt laws actually saved lives – it was so obvious it didn’t need seem to need investment! But throughout the 1970s, legislation failed at the hands of powerful arguments about personal liberty. There is no conclusive evidence that the smoking ban has been the driver of lower smoking rates.

Senior leaders in UK police forces would admit in private that maintaining or expanding patrols - ‘bobbies on the beat’ – is a poor use of limited resources. Seeing uniformed men and women walk around (waiting to witness crimes?!) makes us feel safe, but there are better ways of reducing crime. Yet we ignorantly pressure our politicians for this; they in turn demand more patrolling officers from police forces. 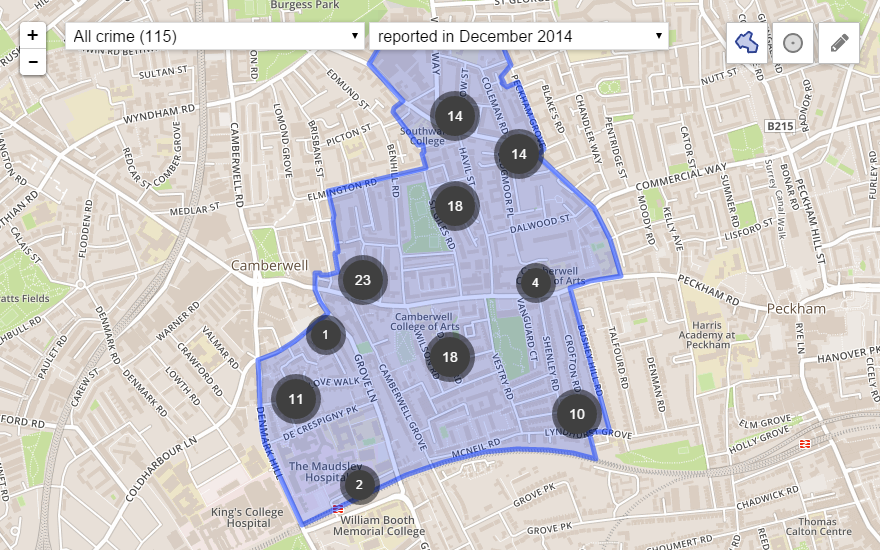 Many would say that transparency will be our salvation, driving better decision-making. The current UK government has opened up huge swathes of data. For several years, we’ve had impressive crime mapping, but it is unclear what process is expected to come alive to harness this data to lead to less crime, or better policing. In fact, those who have studied transparency arrangements organisations with the most power to harness data inevitably put fresh analysis to work for their own ends. This can serve to reinforce pre-existing inequality, subverting the hope we hold for transparency to renew democracy and broaden participation.

So how can think tanks achieve change in this environment? These cautionary tales remind us of the importance of communications and marketing, of influencing the narrative, the terms of debate, and the agenda itself – not just producing evidence. When I worked at nef, our well-being team was influential not by trying to figure out all the answers to how institutions and organisations and agencies should design policy to maximise well-being. Rather, the achievement was to persistently argue simply that increasing well-being should become the organisation’s agenda – and then devise their own responses.

To take this even further, I am reminded of my old university professor’s advice on tactical lobbying. As we learned about different transport planning projects, he would advise us to “control the counter-factual”. He argued that if you are proposing something new, your opponents are likely to counter with projections of what would happen if your project was built. But much more important is to paint a picture of what would happen in the future if the project wasn’t built. In other words, to get onto the front foot, drag the debate onto the terrain where there is the most ignorance: few people study what the impact of the “do nothing” scenario would be. It’s often yours for the taking.

So, in conclusion, I suggest that we should accept that if we want to make change, we need to spend as much time and effort addressing ignorance as generating new knowledge and evidence. Future of London policy network devoted a recent session to ignorance, finding ignorance was perpetuated where public consultation frequently 1) left out who is responsible for what; 2) soft-pedalled or lied around the hardest issues (eg evictions); and 3) failed to engage people where they are: at the ice-cream van.

Until we are much more humble; communicating what we don’t know (Rumsfeld’s 'unknown unknowns'), and what we know doesn’t work (see http://www.admittingfailure.com/), we’ll never win public trust or political favour. Both of these audiences are increasingly sceptical of evidence debates, and view all advocates as representing vested interests. If no one believes in impartiality we have to do the much harder job of consensus-building.