Every year, a small but significant number of women have children removed from their care in childcare proceedings. In the UK, it is estimated that as many as 23,000 children were removed from 7,000 women over a seven year period.

These women often have frequent pregnancies which results in their children repeatedly being taken from them, and continues a destructive cycle that has an immense human and social impact. Often disadvantaged and vulnerable, these women have to endure the associated trauma of having their children removed from their care, usually with little being done to address the underlying issues and associated grief. These children are often born with short and long-term physical and emotional difficulties, and many become vulnerable adults requiring significant interventions from public services throughout the course of their lives.

It was over ten years ago, whilst running local children protection services in London, that my colleagues and I began to discuss the pattern of the same women coming in year after year, having baby after baby removed with little change in their circumstances having taken place. In 2012, the local council agreed to fund a feasibility study to ascertain the full extent of this issue. The study looked at women in the area who had had two or more children removed from their care, and who were still of an age where additional pregnancy was both possible and likely, and would take place in similar circumstances.

49 women met this criteria, and collectively they had already had 205 children removed. These women had a number of intersecting characteristics including: domestic violence (71%); drug and alcohol addiction (98%); homelessness (51%); growing up in care (49%); and criminal justice involvement (35%).

This evidence of need led to the council investing in a new and creative approach and the result was Pause, an intensive outreach programme delivered by a small and professionally diverse team. 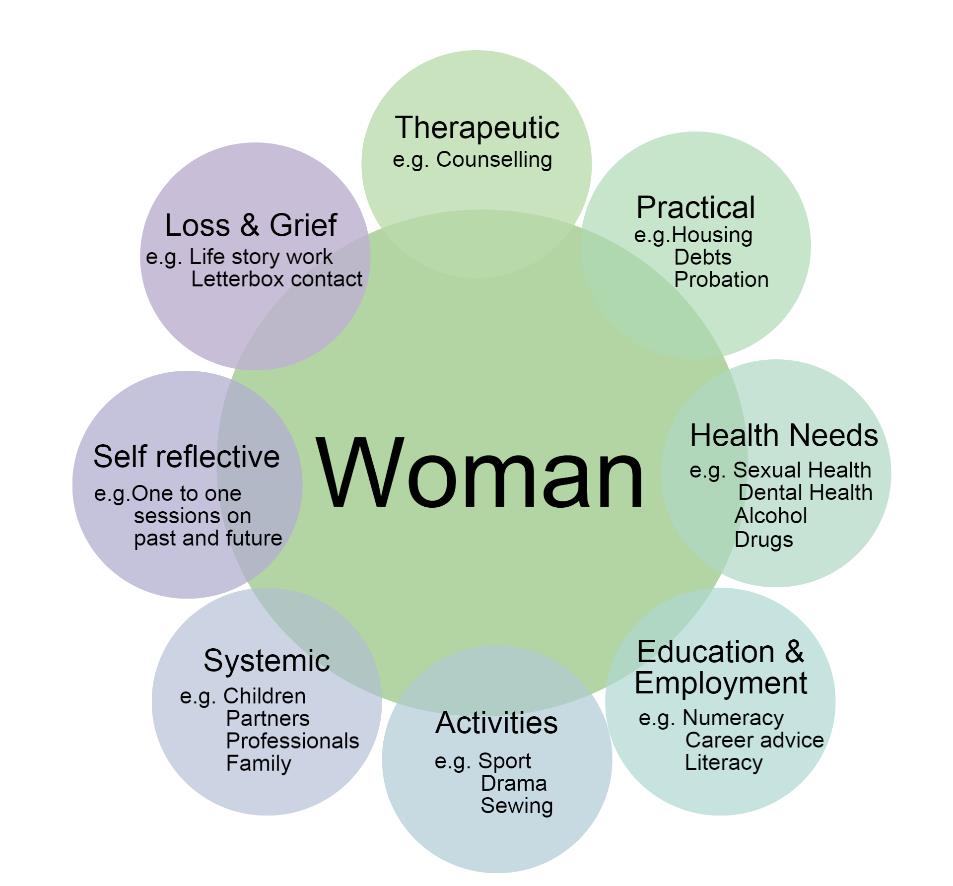 It is an integrated model, devised of a care plan tailored to suit the differing circumstances of each woman. It liaises closely with other partner agencies, supporting them to work with the women from an open and curious perspective, putting aside previous assessments and preconceptions. The participating women are asked to take Long Acting Reversible Contraceptive (LARC) for the duration of the programme in order to create space for them to focus on themselves and their own needs.

The goal is for women to graduate from Pause with greater stability and independence; to have a better understanding of why they have had children removed; to be better able to make decisions for themselves that will have better outcomes; and to have new skills and confidence. Pause has been running as a pilot for approximately 18 months and early findings are extremely positive.

“I think if [Pause] wasn't here for me I would definitely be in a worse position than I am now. I've been feeling really depressed since my last child and I didn’t even want to leave my house. Having [Pause Practitioner] has helped me start doing things for myself”. Danika - participant

Based on this early evidence of success, Pause has secured funding from the Department for Education’s Innovation Fund to test the approach more widely. It is now working in six further local authorities around the country (Doncaster, Greenwich, Hull, Islington, Newham and Southwark) and is starting a new pilot in Hackney, working with women who have had one child removed, with the objective of intervening at an earlier stage in this cycle.

These pilots are funded for 18 months, at which point each authority is committed to the ongoing funding of the programme, subject to evaluation findings. We estimate that if each local area works with 20 women over a five-year period, there could be potential cost avoidance/ savings of up to £15 million across the seven sites.

Get Involved – Join our event

In order to discuss this complex issue and to share some of the work of Pause, we are hosting a national conference at the RSA on 25 June, chaired by David Norgrove. The conference will present details of the Pause approach, provide an opportunity to see Pause in action at our first pilot site, Hackney, and hear more about our future plans. The event is aimed at all those who have a professional interest in repeat removals - in policy and commissioning, service delivery, the judiciary, academia, and the voluntary sector.

If Fellows are interested in joining us, then please register your interest with Tara Staunton Buxton at info@pause.org.uk. Places are limited and are being allocated on a first come, first served basis.

Sophie Humphreys is an independent expert in Safeguarding children, Pause Founder and National Chair, and an RSA Fellow.