Economics after the crash has failed to precipitate the sort of change many anticipated. Are we simply stuck, or is change possible?

The shape of the post-crash economy is becoming clearer. For those who saw it as a historically disruptive event, the upshot will be surprising or, in a more loaded sense, disappointing. We are not talking change on the scale of the post-1970s, post-Second World War, post-Depression or even post-the collapse of the Gilded Age. Continuity and even intensification of the pre-crash world is rather more evident.

Ironically, Keynesianism or variants thereof came to the rescue. When faced with financial meltdown and the economic cliff edge, it was to post-Depression economics that the world turned. For all the fulmination of purist Keynesian economists, the differences between them and the IMF and most national governments are of degree (with the exception of the Eurozone, which has administered real austerity economics on errant nations). Keynesianism is the ambulance service of economics, and it worked in the short term.

So the system survived with a dose of unorthodox monetary policy and some minor regulatory tinkering. The new orthodoxy has emerged over three to four decades, at different rates in different places, but fairly universally across developed economies. It contains a number of key elements.

The first is the decay of social institutions, in labour markets especially. The decline of trade unions is emblematic. The second is the growth of flexible labour markets with sanction-bearing or even a coercive welfare state. In recent books on welfare and work, John Hills and Tom Clark both outline the precarious nature of life for a significant minority of workers. This trend is seen as frequently in Japan and Germany as in the US and the UK.

There has been an expansion of top-level skills in the new orthodoxy. However, these skills have captured enormous benefits, while others, more subject to technological change, are more likely to have suffered. Technology in the new orthodoxy is seen as a mass consumer benefit, but only a minority benefit within the workforce (and highly concentrated benefit when it comes to capital ownership). As a consequence of the precariousness of work, mixed with huge global financial imbalances (savings gluts in some places, unsustainable credit booms elsewhere), indebtedness has risen for those in precarious positions. And finally, this has all led to greater concentrations of ownership of productive capital, though house price inflation has helped many who are lucky enough to be owners.

For a very significant minority of the population, the situation is not hopeless, but it is precarious. From a systemic point of view, one of the dawning realisations, accepted by bodies such as the IMF and the OECD, is that gaping inequality and precariousness is itself undermining the productive potential of the economy. However, the new orthodoxy has shown itself to be quite capable of limping on and, indeed, it is doing so.

The results of a recent RSA-commissioned survey indicated that there were two very significant groups who were struggling and frustrated with the current state of affairs. ‘Safety firsters’, comprising 30% of the population, are fairly dissatisfied with things but do not perceive things to be against them. But this is the group that is most at risk from economic change.

The ‘held back’ (20% of the population) are very conscious of the risks and barriers they may face and are even more dissatisfied with things. What is most interesting about this group is that they are entrepreneurially minded, creative and seeking to develop and learn. Failing to respond to the creative urge within this group creates a net loss to us as a society and to the economy, as well as to them as individuals.

An orthodoxy that both wastes the human creative potential of many and causes others to hunker down and hope the winds of change blow over is not meeting our needs as a society. Sure, the new orthodoxy is not entirely broken, and there is suspicion of any alternative. (Other than in genuine austerity societies such as Greece, orthodox politics has proved to be remarkably resilient, as epitomised by the UK election.) Just because an equilibrium can soldier on does not mean that it is the right one. A decisive shift to a new set of economic cornerstones would meet our collective needs much better. To achieve that, it is necessary to innovate a series of institutional bridges to a better system.

In an earlier piece in this journal, I defined institutions in the following way: “Institutions bring the public voice into decisions from which it would otherwise be excluded. Organisations have a single purpose. Institutions have multiple purposes, as is the nature of mediated outcomes. The key point here is not to replace the private with the public, but to provoke a conversation between them.”

Interestingly, the economist James Meade saw the purpose of institutions in similar terms: “In a modern complex economy, the State must set the background of institutions and policies which will enable the system to harmonise social and private interests...” Meade is right to see the importance of the state but perhaps misses wider forces of institution-building in civil society or even in business itself. Nonetheless, the fundamental point remains. If we want to see different social outcomes (such as a more equal distribution of ownership and opportunity) alongside private interests (a more efficient economy), then deliberate acts of institutional cultivation are the bridge.

One element of the new orthodoxy that seems likely to accelerate is the economic impact of new technologies. When writing in the 1960s, Meade was seemingly premature in his concerns about technology, wage stagnation and unemployment. As median wages stagnate across developing countries, could it be that he was simply ahead of his time?

Work is shifting to low-productivity sectors such as personal services and retail. This is often more precarious and almost always lower-paid than high-skill, non-routine work. Productivity seems to have stalled, which may well be a hangover from the crash, as demand has been weak. A new wave of technological innovation could accelerate trends such as wage stagnation, precarious work and capital concentration.

A number of economists and influential commentators, such as Andrew McAfee, Erik Brynjolfsson, Carl Frey and Michael Osborne, see these risks. It is difficult to look at the coming wave of complex robotics, artificial intelligence, data analytics and algorithmic creativity and not see significant economic and social change on the way. The new orthodoxy could well be about to accelerate. When those on the political right, such as Steve Hilton [see his interview in this edition], as well as the left warn that our economic and public institutions are losing their human dimension, something deeper is taking place. 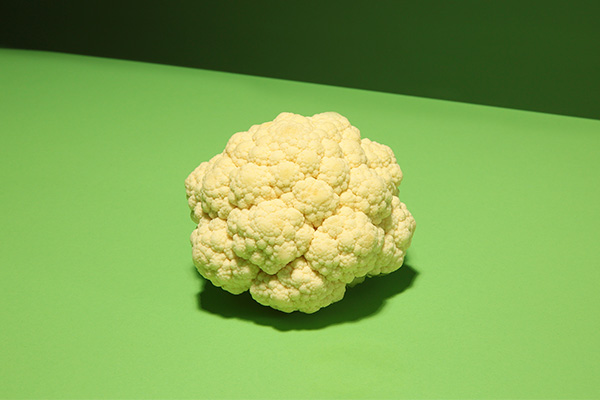 Looking back at past moments of institutional innovation alerts us to the fact that a whole raft of changes will be necessary. The New Deal in the US and the New Jerusalem of the post-war Labour government in the UK were complex webs of institutional innovation. If we are to shift away from the imbalances and insecurities of the new orthodoxy, a similarly pluralistic approach will be needed. There are particular cornerstones that will be required.

A basic foundation is needed for human creativity. This comes from the individual being embedded in supportive networks and having a basic level of resource to depend on, without accompanying bureaucratic coercion. Currently, the sanction state places individuals in the hands of state bureaucracies rather than giving them a foundation in life. The sooner a universal basic income or similar is in place, the better, though the politics of such a change needs serious thought. Much is made of the contributory principle in welfare. Basic income works the other way round by providing a basis for greater contribution, as it frees people from entanglement with state bureaucracies. Strong minimum and living wage arrangements support this foundation further. It’s not either/or.

System change can’t stop there. The institutional structure of companies – especially plcs – should be widened to ensure they pursue the public good. This will encompass banks that should change their approach to risky lending. Other types of financial institution that provide responsible capital could receive regulatory and taxation support. Companies that become  ‘B Corporations’ (they exist for public benefit) might also receive favourable treatment in taxation, with others being left with a higher burden. New requirements for corporate capital to pass to employee trusts could strengthen the current voluntary approach to employee ownership.

Finally, state activity has to become more oriented around energising networks of support. In our recently published report ‘The Digital Learning Age’, the RSA argued that greater focus should be given to the emerging spontaneous learning economy, where peer-to-peer learning networks are rapidly growing. The Cities of Learning initiative in the US is harnessing this network power by linking learners to skill-enhancing opportunities. The architecture is built around open badges, an open-source online digital learning currency. It is a movement rather than a stolid government initiative (albeit one backed by powerful mayors).

This is but one example of how the state can, with the aid of the very technologies that are driving some of the risks in the current system, become a social network provider. In health, we should see the NHS becoming a health and wellbeing network connector. In community safety, it will be about creating community-based networks of support and resilience. Local energy cooperatives could be encouraged to help create new cooperative solutions to fighting climate change. Welfare to work becomes about creating networks of trust, learning and information, rather than simply getting the individual into any job passing, no matter how dead-end or unsuitable.

At the core of this new system, people will be given ownership of the data that identifies their capabilities and needs, and they will share it with particular services and networks as needed. We might also look to extend personal budgets beyond social care into other areas of public service. In so doing, the state would become a capital and security provider. It energises and convenes networks, but individuals are free to use common resources to meet their needs as part of wider networks of support. Ultimately, this is of greatest benefit to ‘safety firsters’ and the ‘held back’.

Such deep systemic change is beyond the gift of any individual leader or any political party. It can only be secured through a powerful social movement. Civic networks, of which the RSA is one, will be the forces for change that will challenge the new orthodoxy. Big politics will have to adapt or die. Political parties themselves are elements of the new orthodoxy. No element of civic, political, economic or social life can remain untouched if the new orthodoxy is to be dislodged. We are the people we have been waiting for.

This article first appeared in the RSA Journal - Issue 2 2015