Blog: Why experiencing awe is important

Experiencing awe, or feeling part of something bigger, can affect how we interact with others - for the better.

When my alarm sounded at 3:30am on Monday morning, my first reaction was, as if on autopilot, to reach for my robe and sleepwalk to the shower. But then I realised this was not my normal wake up time. And in the next seconds while I was questioning why on earth my alarm went off so early, my husband’s alarm chimed in too. And then I remembered. We had only ourselves to blame. We chose this wake up time.

We were, like many others, lured out of bed to take a look at the supermoon lunar eclipse. With a name like that and the promise of a blood red moon, we just had to see it with our own eyes. And, while it was smaller than I had expected, I think it was worth the early morning wake up. The moon was indeed beautiful, but what’s more is that it seemed like this rare, natural phenomenon linked us in some way to our loved ones - even those on different continents – who would also be watching this sight. The supermoon lunar eclipse reminded us of the magic of the universe. It was more than just pretty cool to see, it was awesome. 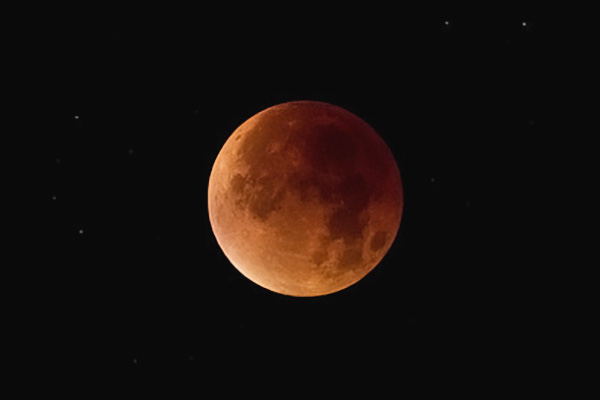 Experiencing awe doesn’t just get us out of bed or give us something to post on instagram (let’s face it, lesser things have passed that test). New research finds that it gives us something else: it makes us behave more nicely to others.

So what exactly are we talking about when we use the term awe? According to Assistant Professor Paul Piff (quoted in this Quartz article), ““Awe is an experience that arises when you perceive something physically or conceptually vast, but that also makes you feel that your current understanding of the world is not adequate,” Piff says. “It doesn’t take much—even 60 seconds—to give yourself a little time to experience something anew.””  And it seems that reducing the importance of the self leads people to be more pro-social, more compassionate to others.

Paul Piff and his colleagues’ recent research found that when people feel this connectedness to something bigger, this sense of awe, they behaved more altruistically. The researchers tested this in a series of experiments, both in the lab and out, and found that people were consistently more helpful, generous, and expected less payment for their participation after viewing awe-inducing clips or objects compared to those who saw things that were less awesome.

For example, in one study, some people were asked to stare at a towering grove of eucalyptus trees whereas others stared at a building of the same height. When the experimenter ‘accidentally’ dropped a box of pens, those who were in the tree-gazing group helped the experimenter to pick up more pens than those who had been looking at the building.

I’ve written elsewhere about other research by Piff about surprising (or maybe not!) connections. For example, he and colleagues found that people with higher wealth and social status were ruder and more selfish, even when they knew that their relative position was randomly assigned – that is, even when they knew that their advantage was pure luck and not down to any personal attributes.

But this new research has heartening implications. Feeling like part of something bigger leads people to act as if they are part of something bigger, in it less for him- or herself and more for the greater good of the whole. Does this mean that simple and low cost activities could transform the relationships within schools, workplaces, communities? Could playing a video clip of awesome natural phenomena, or asking people to recall a time they’ve felt awe, help to build compassion within – and crucially, between – groups?

So many challenges that we are faced with these days are plagued by anti-sociality, from cyber bullying to the refugee crisis to climate change. If we now think there is an effective tool to bring about pro-sociality, it seems to me that we should be giving it a shot.