Blog: Want versus should - why health needs the help of behavioural science

When it comes to doing well for our health, a rich understanding of human behaviour is needed to uncover why we don’t always take preventative measures. 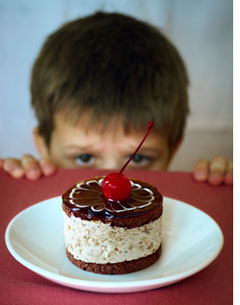 In our office, we are lucky to have a weekly basket of fruit available as part of our wellbeing initiative. But inevitably, right next to the fruit basket there is always a pack of biscuits, some cake to celebrate a colleague’s birthday, or a bag of sweets. Despite very good intentions to pick up a fruit, once faced with the choice I often bypass the basket and go for the chocolate cake instead.

It is not just me - behavioural science actually has a term for this situation when what we know we should do for the benefit of our future self isn’t quite aligned with what we want to do right now in the present: the want/should conflict. These competing internal preferences pull our behaviour in different directions depending on their relative strength and other factors.

According to a new report out by Philips which surveys British adults and health care providers, the want/should conflict is alive and kicking: even though almost everyone knows that they should actively manage their health to prevent illness or poor health down the line, most are not actually doing so (55%). Similarly, even though nearly 9 out of 10 agree that individuals should take a lot of or full responsibility for their own health, this doesn’t reflect the proportion of people actively managing it. 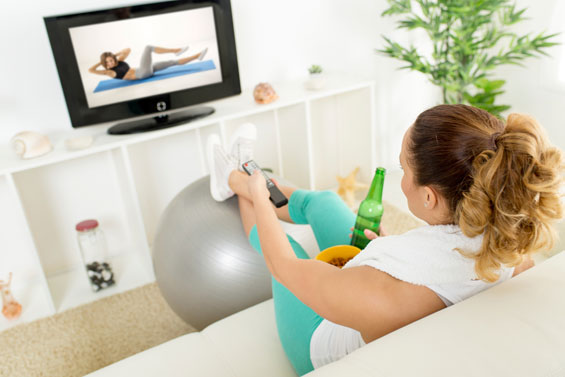 So we know that most people aren’t actively managing their health. So what? Does it really matter? Add this finding to a bigger-picture trend around non-communicable diseases to see that indeed it does. According to the WHO, non-communicable diseases now account for a staggering 38 million deaths per year globally, and there are a number of modifiable behavioural risk factors associated with NCDs. ‘Modifiable behavioural risk factors’ are just that – modifiable. We can change them. Think smoking, drinking too much, being sedentary, poor diet, etc. In other words, things that we can change about our lifestyles contribute to poor health, and yet, many people aren’t doing much to change them.

So what can we do to keep us all healthy, especially now that we are living longer? This is the million dollar question. Is it all about education, such as the 5-a-day campaign? Or all about enforcement, like banning sugary drinks? Or maybe it is engineering our environments to nudge people towards healthy habits, such as making stairways more prominent while keeping escalators and lifts out of sight? Is more information the answer? Are incentives?

Of course it is probably some combination of these approaches. But the main message here, and one that is illustrated by the want/should conflict, is that any of these approaches will need to incorporate a rich understanding of human behaviour to have any shot at working. What sometimes seems like an obvious solution doesn’t always have the expected results.

For example, financial incentives have been found to crowd out the intrinsic motivation to carry out the behaviour – prompting the question of what happens when the incentives are removed. And when it comes to information, if it’s possible that the information we could learn will be negative, we may prefer to avoid it altogether, like an ostrich sticking its head in the sand. The want/should conflict explained earlier illustrates that education isn’t always sufficient to change behaviour – if it was, I would always eat the fruit instead of indulging in confectionary alternatives (and would be half a stone lighter).

To meaningfully change behaviour, we need a clear understanding of the underlying motivations, capabilities, and opportunities that empower people to take health-creating actions. Although behavioural science on its own is not a silver bullet to fix the nation’s health, it is a useful and necessary tool to help us understand which approaches are most likely to have any chance of generating sustained behaviour change within the population.

Yesterday's event ‘Our Health: Who Cares?’ was held in partnership with Philips and is available to view on the RSA website. Join the conversation on Twitter using #LivingHealth

The RSA Student Design Award brief The Good Life asks designers to think about how to improve the experiences of people already living with NCDs and/or chronic conditions.