Why we didn’t hit our target on Kickstarter, and why it didn’t matter

Warblr is partnering with It's Our World, the UK's largest art project celebrating the environment and promoting sustainability. Young artists aged 19 and under have the chance to get their bird-inspired artworks featured in the app, as judged by Springwatch presenter the Urban Birder.

It has been under two months since we launched Warblr, our birdsong recognition app. In that time, we’ve amassed 3250 users, and had over 11,500 birdsong recordings submitted to our database, which we’ll be making publically available for use in research and conservation. 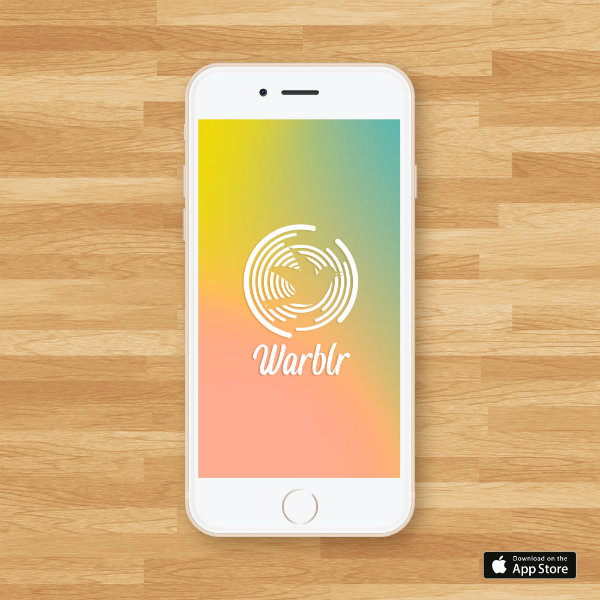 But from idea to App Store, getting Warblr into the hands of thousands of users hasn't been all plain sailing. One key area where we fell short of our target was our Kickstarter campaign, which aimed to raise £50,000 to fund our development work. This was despite national and international press coverage, a tweet from Stephen Fry, and support from organisations such as Fauna and Flora International, the British Trust for Ornithology, and of course the RSA.

Kickstarter was rooting for us too – the team featured us in their weekly Newsletter and on the homepage. We received the backing of over 800 people, but as the campaign came to a close we stayed stuck on just shy of £22,000. And if you don't hit your target on Kickstarter, you don't get any of the funds pledged.

So for those who are thinking of running a rewards-based crowdfunding campaign themselves, here’s why I think we missed out on hitting our target:

1. It was overly ambitious. I used to work at equity crowdfunding platform SyndicateRoom where the numbers are big, and whilst I was of course aware that equity differs from rewards-based crowdfunding, I think this had skewed my perceptions a bit. In fact, campaigns that raise over £6,500 on Kickstarter are unusual.

2. We didn't have a product to presell. I truly believe that Kickstarter was set up to help people do cool things and change the world. But the reality is that most of the projects that raise a large amount of money are focused on preselling a desirable, and often high-ticket physical product – Oculus Rift for example.

4. We were limited by location. There's not a whole lot we could've done about this, but a large proportion of our potential backers were based in the States, and our product is currently for the UK only. So a lot of people got in touch to say "love what you're doing, and I'll happily back you once you start work on a US version", but of course that didn't help us with the job in hand.

So do I regret running the campaign? Not at all! It focused my attention, and pushed me to tell the world about Warblr – and a whole lot of opportunities came our way as a result of that.

What's more, the 819 people who pledged to back us have proved to be powerful advocates, and continue to support Warblr today. They've shared our progress via social media, over 100 of them beta tested our prototype, and one of them sat down and wrote more than 75 of the species descriptions that you find in the app today – thank you so much Jean! It has been a rollercoaster ride, and I wouldn’t have missed it for the world. Turns out crowdfunding can be much more about the crowd than the funding.

Warblr is partnering with It's Our World, the UK's largest art project celebrating the environment and promoting sustainability. Young artists aged 19 and under have the chance to get their bird-inspired artworks featured in the app, as judged by Springwatch presenter the Urban Birder. Find out more here.