Blog: Whose heritage is it anyway?

Who gets to decide what heritage is valuable enough to save in Bristol? How far do the borders of Manchester extend – and how does the administrative boundaries correlate to the way people of Oldham and Bury feel about where they live?

Following on from the launch of the Heritage Index and previous workshops in Oldham, Bristol and Dundee, we took our exploration of heritage, identity and place to the wider public this month. Our expert panel engaged with a public audience at The Sharp Project in Manchester and the SS Great Britain in Bristol. Our Question Time style events placed questions of heritage in a wider debate about how places develop.

Heritage is a contested term – and it should be. Everyone has a view, which keeps the debate vibrant and inclusive – our project defines heritage as: “anything from the past that helps us to understand the present and build a (better) future”. Below, we’ve picked out some highlights from Heritage Question Time. (In the New Year, our final Heritage Question Time will be in Dundee.)

“How can local communities with a passion for their local heritage become meaningfully engaged with a process that appears dominated by market forces? What can be done to ensure their voices are heard?” 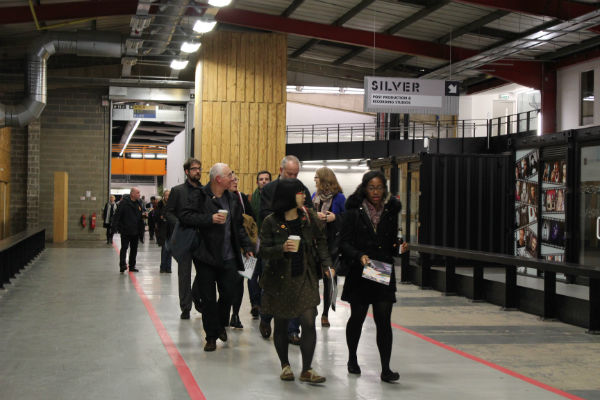 Consultations rely on involving people, and their success depends on how you involve them – they can’t be a tick-boxing exercise. The more open the dialogue, the more likely people will share their perspective – but when working with passionate people, you run the risk of developing unhelpful silos. It’s also very difficult to respond to a diversity of consultation responses, and equally difficult to assess whether a consultation has been ‘successful’.

Bristol’s M Shed was held up as an example of a project influenced by successful consultation where stakeholders engaged and the final conclusion is - well, quite wonderful.

“How do we ensure that we don’t lose local identities in shaping places for the future?”

What creates a sense of place? In Bristol, Councillor Simon Cook was keen to point out the value of identity – Bristol is a city of villages, and you want to boost the individual identity as part of a whole picture of Bristol. Bristol doesn’t want to develop a mega-culture that swamps neighbourhoods.

This was also reflected in Manchester, in the context of the changing governance regime across Greater Manchester. Heritage Lottery Fund’s Sara Hilton emphasised the sense that people’s identity is linked most closely to local neighbourhood – then, on a downward sliding scale, town and local boundary.

“Who gets to decide what’s kept and what gets knocked down?”

At both events questions were raised about what we should preserve – particularly with highly constrained public finances. In Manchester there are buildings that haven’t found enough uses, so what creative opportunities are there to repurpose these buildings. Is it just a case of creating many more creative spaces, of the Sharp Project kind? 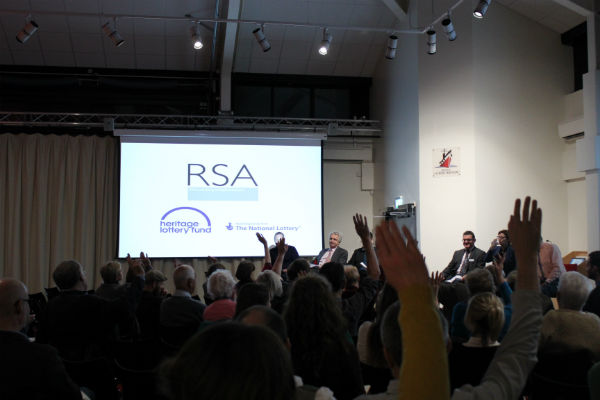 Bristol’s Sorting Office was also on the hitlist. Deemed an ‘eyesore’ initially, it prompted discussion about who should have a say – is it the people who live there, who used to work there, or used to work nearby? Given that it exists in an Enterprise Zone, can it be repurposed?

The debate in Bristol considered the economics of heritage and tourism, and the audience wanted to find space in heritage assets to showcase the local stories and connections. Tangible heritage matters, but heritage is ultimately about the emotion and values we want to have and hold.

“How do you maintain the integrity and beauty of older buildings so that they are fit for a low carbon future?”

All old buildings were once new. In preserving historic buildings we also need to consider the energy efficiency, which is something the Heritage Lottery Fund and Historic England both flag – identifying projects which are sustainable, both in environment and in cost and value. However, we shouldn’t only be looking to preserve the past, as Penny from the excellent Knowle West Media Centre attested to – “can we build sustainable buildings now, for the future?”.

Finally, we discussed the changing role and position of cities. Cities are not museums - they are living breathing places, they're organic and they change. According to Sir Richard Leese (Leader of Manchester’s council) the most basic premise of cities is as markets, where people come to exchange. As one panellist said, "more cultural activity is happening in pubs tonight than any other venue across Bristol".

What does heritage mean for you?

Should young people be involved in heritage – and how do we tackle the issue of lack of engagement? The panels at both locations were optimistic about youth engagement – young people today are more interested in their own personal histories (and have the tools and know-how to do research). Or maybe we shouldn’t worry so much – young people will eventually get old, and become the older people that engage with heritage!

In Manchester, we finished by asking the apprentices in the room what their views on heritage were. They added in refreshing stories on family histories of immigration, and perceptions of local pride. People move to and visit Manchester for a reason.

If heritage isn’t about old buildings, what is it about? From the discussions, it was very much about what interests people, and the stories they tell. To quote Claire Turner of Manchester Histories, “rather than saying to people we’re going to talk about ‘history’ and ‘heritage’, we say tell us about your passion and what you’re interested in – and you naturally will go from one to another”.

Thanks to the panellists, and keep an eye out for more heritage activity early in the new year.

We're building a network of Fellows who want to use their heritage to make positive social change. Contact your local heritage ambassador to find out how you can take action in your area.