I live in York. A place – the Heritage Index tells me – low for assets and high for activities and which comes 97 of 325 English local authorities in the league table, only just in the top third. My first reaction on reading this was to be a bit offended. Heritage seems to have become a kind of competition and we don’t seem to be wining. My more measured reaction was to have expected York’s rankings in each category – assets and activities – to be the other way round. My next step was to download the data and its sources. Here I can see York, its buildings, histories, people and local politics that I’m part of, and embroiled in, set out in categories and numbers. 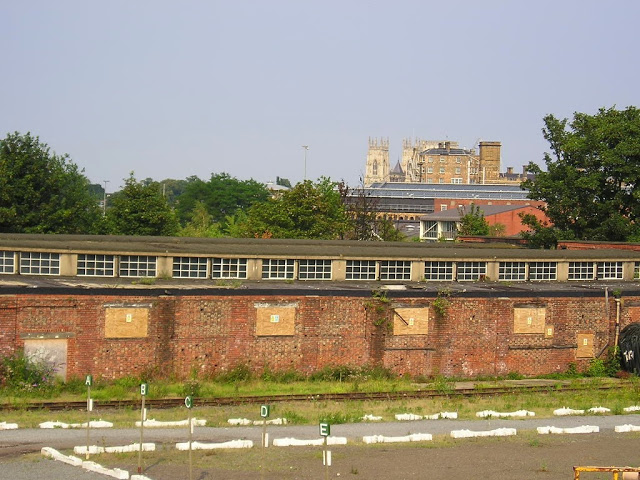 Any view of York requires taking in the variety of what might be thought of as heritage, from the railways to the Minister. Credit yorkstories.co.uk

Pouring over the excel spreadsheet, zooming in and out and scrolling along, the categories and numbers trigger all sorts of local knowledge. In one column a box sits with a ‘0’ in ignorance of specific local histories. Yet in other fields the numbers in the boxes make visible – clarifying and giving specific form to – long standing tensions and inequalities. As I try and manipulate the excel view on the screen, and as specific people I know in York and things they’ve said to me come to mind, so too does anthropologist Marilyn Strathern. Reflecting on the challenge of dealing with very detailed ethnographic fieldwork data, Strathern suggests that whether you move into the local specificity or move outwards to ask comparative questions there are both gains and losses in what can be considered.  Questions, she suggests, that seem interesting when seeking to work comparatively are not necessary so locally and vice versa. Far from wanting to pick or choose one of these levels, Strathern in her book Partial Connections draws attention to the way which ‘the relativising effect of different perspectives will make everything seem partial; the recurrence of similar propositions and bits of information will make everything seem connected’. Knowing a specific place well and reading the Heritage Index excel spreadsheet is a bit like this: the failures to capture the complexity of places makes the Index seem partial and yet its moments of quantitative resonance with those more complex stories – the data that sticks – means that it is also undeniably connected. 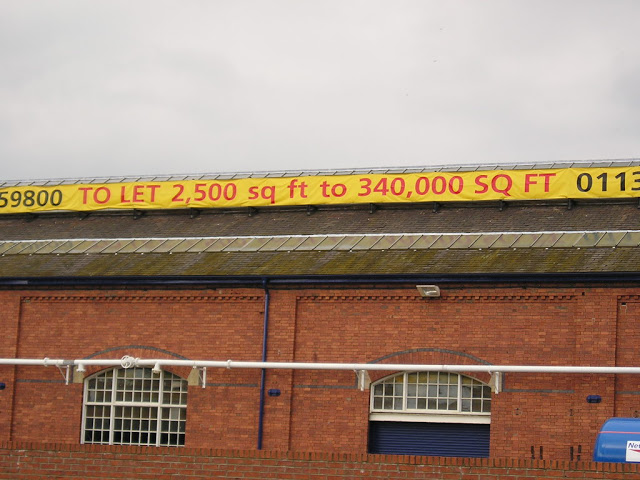 York’s Carriageworks, not being used yet not officially recognised as industrial heritage and so not included in the Heritage Index. Credit yorkstories.co.uk

Developing Strathern’s notion of ‘partial connections’, we might draw out from ‘index’ two slightly different connotations. If you think of an index in a book you can think of it as being a top-level indication of greater depth. In this understanding of index, there is a direct and full connection between the word in the alphabetical list and the book’s content; that the specifics and the abstraction are the same, they are just being viewed at different levels. In this connotation of index, you’ve already arrived you just need to drill deeper. Yet another way of thinking about index is as in index finger. Here index is useful precisely because you haven’t yet arrived, rather it helpfully points you somewhere else. So let me use the Heritage Index in the second sense and allow the data it drew on to point us somewhere else and weave some equally partial stories to connect life and statistics.

The Heritage Index sought to analyze heritage assets and activities on a per square mile and per person basis – it is this technique which reveals York as low in assets and points to the over emphasis on the historic core of the city in all official heritage measures at the expense of the suburbs and outer villages. Equally the Index makes visible the lack of industrial heritage sites officially recognised or designated. Clearly all the railway heritage, from the old Carriageworks near the end of my street and all the Railway Worker clubs – bowling, rugby, the Institute near the station – have never sought to be captured on the European Route of Industrial Heritage (the dataset drawn for that field). And as there is only ‘1’ for ‘Railways (heritage, steam, miniature)’ which is, presumably, the steam railway at the National Railway Museum, the York Model Railway must obviously not be registering in the CASE dataset (DCSM, Arts Council England, Historic England and Sport England). All of which does chimes with local concern, highlighted by the York Stories website, that both York’s recent industrial past and its suburban histories are in danger of being neglected.

Only nationally comparable datasets were used in the Index. As a result you’d think that York had a very improvised civic life with no membership organisations with heritage expertise and no civic trust, when in fact the city has the thriving York Civic Trust and has many membership organisations both formalized and informal (from the Yorkshire Philosophical Society and York Georgian Society to York Oral History Society, York’s Alternative History and all the local history societies). What is significant is that none of these Trust, societies and groups have sought national connections through becoming members of Civic Voice or Locality, the datasets drawn on for these columns: suggesting that what makes local life meaningful is often precisely at that level. Equally York is not overly well represented on Historypin which has official status as an ‘activity’ in the Index. Yet as Facebook couldn’t, of course, easily be counted, the enormous dynamism of York Past and Present, a 9000 strong Facebook group and their emerging digital archives drawn from people’s own albums, is not visible. The local does often exceed knowing about it from a distance. 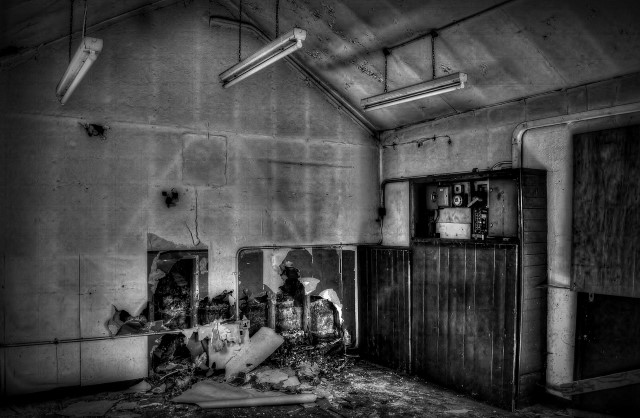 York Past and Present have a strong interest in documenting and sharing buildings going through change, in this case wooden hutment buildings behind the Guildhall, demolished in 2014. Credit: Richard Brigham.

One issue raised by the Heritage Index is how it might be used. Perhaps one useful approach would be for any policy maker who thinks about using the Index to do what I’ve just done with the places they live in and know well. Download the data and let the numbers intertwine with local stories and local people, so that in approaching any nation-wide or regional decision making they might not only know the connections the data has with all of these localities’ lives but also feel its partiality.

I will be very interested to explore how we might use the Heritage Index in York – and, as the Index will have a second phase, how we might feed back in our only ever partial comparability within the national picture. I wonder how the Heritage Index might be deployed as a conversation starter, something we can productively debate and disagree with. Indeed, it is probably more through the activity it produces rather than the activity is seeks to capture, that the Heritage Index has the potential to become a lever for change. And a lever precisely because, if used well, it also points elsewhere.

Helen Graham is a Research Fellow in Heritage, University of Leeds and has been part of the ‘How should heritage decisions be made?’ research team, funded by the Arts and Humanities Research Council’s Connected Communities programme. You can follow Helen at @HelenGraham64