Blog: Kickstart a community engagement initiative changing how we grow, eat and know about food

MadMad Mad Bodega is a restaurant-cum-workshop space that was set up in Copenhagen, Denmark in May 2015.

MadMad's aim is to serve local, seasonal and organic food but in an accessible and informative way, hosting food sustainability workshops on themes such as meat-free meals, preserving foods, butchery, seasonality, food waste and climate.  I recently joined the MadMad Mad Bodega team as Community Engagement Manager, aiming to support the growth of workshops, talks and collaborative partnerships throughout 2016.

Why is it important to merge a restaurant with workshops and talks? 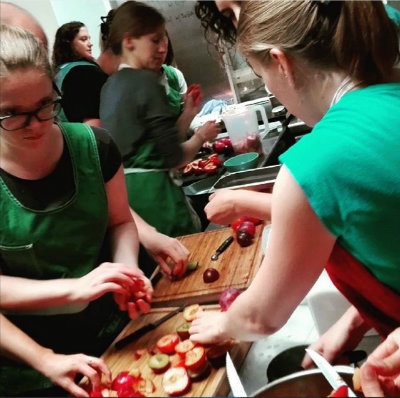 In a blog post I wrote after attending the launch of MadMad’s event series, I reflected on the take-home messages: We have the active choice to make sustainable food decisions three times a day - at breakfast, lunch and dinner. While eating at an organic restaurant shows that this is possible, it still sidelines the importance of people practically engaging with what and how they eat.

To eat is a necessity, to eat intelligently is an art

This is particularly important when you consider the statistics: our food system contributes to up to 29% of global greenhouse gas emissions, with livestock production alone contributing to 14.5%. Reports have been published in recent years showing that, worldwide, we waste up to a third of what we produce annually, and that the majority of waste in Western economies is in our own households. With the recent COP21 in Paris urging a global mitigation of climate change, yet providing few legally binding mechanisms to do so, we have an even greater responsibility as individuals to make sustainable lifestyle choices.

While objective statistics are key, we also need to communicate in a personal way. The workshops MadMad hosts provide a space to do so, showing individuals how to grow and cook food in the best way to minimise waste, enhance nutrition and maximise its overall value. Alongside practical workshops, MadMad also hosts panel discussions and events, encouraging education and discussion on broader themes of climate change, biodiversity, local food and mindful eating. These are often in collaboration with local organisations, such as the University of Copenhagen, independent newspapers, urban farms and suppliers - all indicating that active participation is at the forefront of MadMad’s work.

This is an ethos which I also centred my work upon back in Oxford, UK. As a RSA Young Fellow, I hosted ‘tast 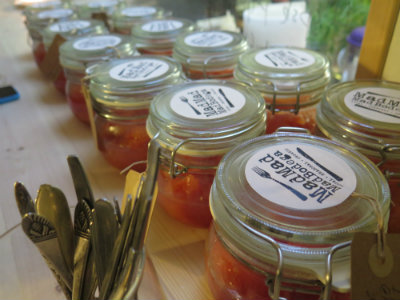 e education’ workshops for children and young adults, inviting people to eat a meal in a social setting, appreciate the tastes, flavours and gastronomic context, but also engage intellectually with the themes that underpin local to global agri-food systems. It is this engagement and practical understanding that I hope will show people that making sustainable, healthy and responsible food choices can be accessible, convenient and empowering.

What have MadMad done so far, and what are our aims for 2016?

We launched our events in August 2015 during the Copenhagen Cooking Festival and in just 5 months we have:

As mentioned, active and informed participation is central to MadMad’s business model. While our events do earn money, we need to invest in people, partnerships, materials and marketing so that we can build a business that succeeds in its social change missions. The Kickstarter will help catalyse progress in 2016, including hosting another 10,000 people in MadMad events and 50,000 in digital engagement beyond Copenhagen, and starting a workshop series for families and young children. We also intend to collaborate with 10 new organisations, including cultural, educational and food initiatives back in the UK. All contributes to a longer term aim of establishing other successful, sustainable MadMad Mad Bodega’s beyond Denmark post-2016.

So far, we have already raised 10,000 Danish Kroner (the equivalent of £1000) in just a week - such an enthusiastic public response is indicative of a growing desire for individual action on the future of food. Please join us on this mission and make the informed choice to be part of the progress towards sustainable, climate aware and responsible food and agricultural systems.