The Benjamin Franklin Medal is one of the RSA’s two highest accolades, currently awarded to a US-based individual for contributions to global affairs and social progress. The 2015 recipient, TED’s curator Chris Anderson, was full of modesty in receiving the award, attributing TED’s success to his team and to what he called their ‘generosity strategy’.

For those that have not yet come across it, TED is a non-profit devoted to sharing valuable ideas, primarily through the medium of ‘TED talks’ – short talks that are offered free online to a global audience.  In the spirit of ‘radical openess’, in 2009 Chris introduced the TEDx initiative, allowing free licenses to local organisers who wished to organise their own TED-like events. More than 8000 such events have been held, generating an archive of 60,000 TEDx talks.  TED talks and TEDx events have transformed access to the world’s best and brightest ideas, by making them accessible to all. 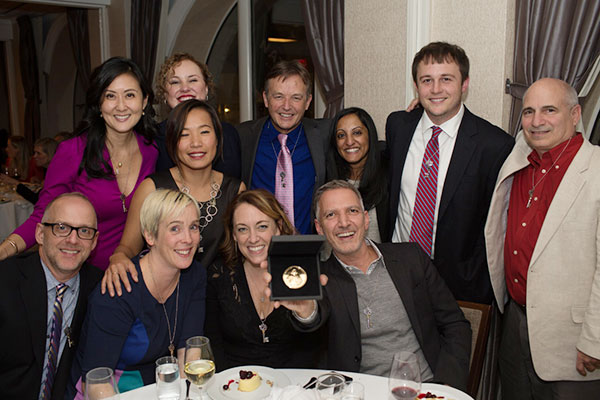 Chris and his team receiving the medal

And the secret? Generosity. In his acceptance speech Chris spoke at length of the risk he felt they were taking by making the TED brand available for use by anyone and everyone.  But in the same breath he spoke passionately of the benefit, and how by unleashing the capacity of millions of people to contribute their own ideas to their own communities, he knew that more valuable ideas will be shared.  The RSA shares this vision, as we believe that a 21st Century Enlightenment will occur only when everyone possesses the capacity, opportunity and motivation to have ideas they can realise.  Creative ideas have the power to change the world – arguably, we are more in need of this power than ever before.

The ‘generosity strategy’ is indeed a creative idea, enabled (but not driven) by the potential of technology to spread, share and gather opinions.  Whether it is the new power players explained by a this year’s popular HBR article, or whether it’s the shift we can see in the nature of social and political power, what is clear is that a new way of doing business, running public services, educating our communities and relating to one another is emerging – and it is bumping up against a culture of power, hierarchy and control.

The big question is how far this culture will actually percolate major decisions held by the institutions that hold power: the multi-national corporations, the government agencies, the global non-profits. One theory is that these institutions risk being replaced by a ground swell of new power, finding themselves quickly outdated and slow to respond to change. The other is that we must find a way of clashing the two tribes together to get the best possible outcome – innovation within the system.

Whatever the future, we hope that the RSA will be awarding the future Benjamin Franklin Medal to those who are at the forefront of social change, helping to shape society for the better.  Awarding the medal is great example of the strength of the Fellowship network, as this important event was entirely planned, managed and supported by RSA Fellows in the United States. 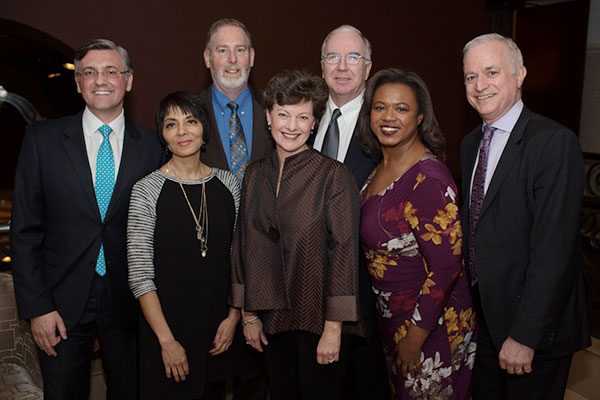 RSA US Fellows and the Board

Chris joins General Sir Colin Powell, Sir Jonathan Ive and Walter Issacson, to name but a few recent recipients. After fifteen years at TED I asked him what his plans for the future were and he replied “At TED, I feel like we’re only just beginning on our journey, there’s much more to do”.

Funny, at the RSA we have the same impression.

Sincere congratulations to Chris Anderson and his team on all they have achieved to date, we look forward to what the future, generously, holds.