I love Dundee. It’s funny, but even in the world of today where Dundee is vibrant with the development of the V&A and waterfront, its status as a UNESCO City of Design and a top place in our very own Heritage Index for Scotland, this is a statement that can be met with a range of responses ranging from ridicule to incredulity, especially in the Central Belt of Scotland. But I stand by my statement – I love Dundee, and am enthusiastic about the ideas that it has for its future.

It was therefore heartening to see that this stance is not a unique one.  On the 28th January over 70 hardy folk braved the gales of Storm Gertrude to gather in the beautiful Discovery Point in Dundee for the third, and final, event in our Heritage Question Time series.  Building on the success of the previous events in Bristol and Manchester, this brought together an inspirational panel to explore the implications of the Heritage Index for the city, and to highlight some of the work which is already underway.  We had a great panel in place for the event – chaired by the irrepressible Professor Mike Press of the University of Dundee, we were joined by Tara Wainwright of V&A Dundee, Gillian Easson of Creative Dundee, Adam Swann of Dundee Historical Environment Trust and Lucy Casot of HLF Scotland. We had had a number of questions submitted in advance, covering topics as diverse as how Dundee could make best use of its placing in the Heritage Index to the future preservation and use of specific buildings in the city.

Returning to my original declaration of love for Dundee, this was a recurring theme for both the panel and audience throughout the course of the evening – a deep love respect and joy in the city and its assets.  This wasn’t at the expense of recognising the challenges which Dundee faces, but reflects a very strong foundation for its future success.  And this love wasn’t just from the born and bred Dundonians – many of the contributions came from those who have moved to the city or, like me, don’t actually have a direct connection to it.  There is a recognition of the qualities that the city does have in terms of resources, culture and identity, along with an enthusiasm for what the future holds.  However, this is coupled with a realism on the challenges which are there.  There is a danger that redevelopment of the waterfront could be a change which only benefits certain segments of the city’s population, leaving communities detached from the very assets which surround them.  Cultural activity can often be primarily accessible to middle class families with the resources and inclination to make use of them, and, the admirable efforts of V&A Dundee, Dundee City Council and other notwithstanding, this is a situation which the city needs to consciously combat.

It was positive to see the range of venues in Dundee (and surrounding Angus) which were held up as prized treasures of local heritage, and clearly valued as important parts of the community.  It did raise the important, but thorny, point however as to how best to preserve, use and develop these assets for the future.  One participant highlighted Camperdown House as an example of historic building requiring a new vision (and support for the future). 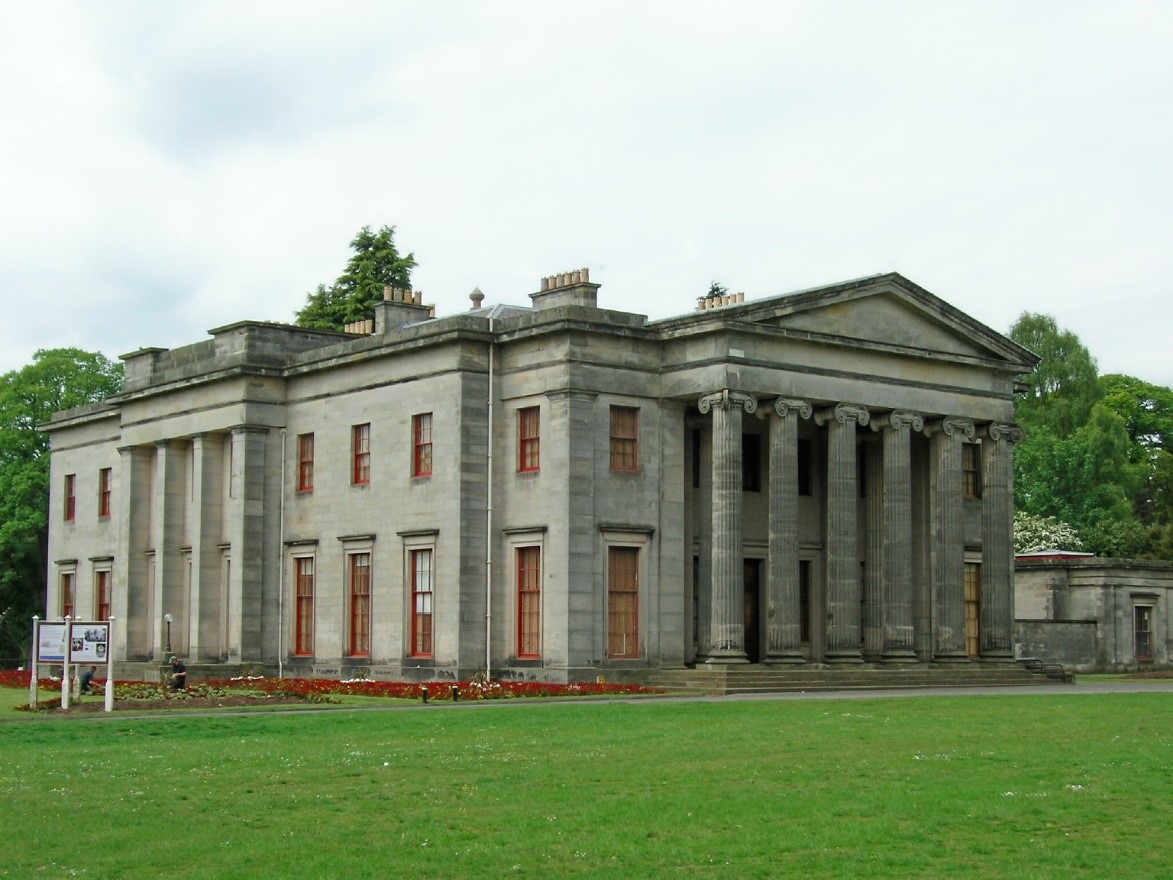 Most famously connected to Admiral Adam Duncan, victor of the naval Battle of Camperdown during the French Revolutionary Wars (who is himself another underutilised local heritage asset!), there have been efforts for years to try and find new uses for the House.  It raises several key issues, with resonance for heritage efforts beyond Dundee:

Lucy’s comments had directed us to the UK wide context of heritage, and several parts of the evening also connected us to the Scottish context.  Scotland is a small country and Dundee cannot ignore its role within that national situation.  New developments such as V&A Dundee are actively highlighting their future role as a national asset, and should play an important role in opening up Dundee to the rest of Scotland.  However, it cannot be presumed that its mere existence will be enough to do this, or indeed will automatically draw visitors to other parts of the city’s offer.  Dundee is, in my experience, a fantastically collaborative place, particularly in the creative sector, and this creates a strong foundation for the future.  At the same time, it feels like the city could do with a greater push in Scotland and the UK to overcome some of the negative stereotypes that I highlighted at the beginning of this blog, in order to bring in visitors and residents.  In particular I think is more to be done in regards to Dundee’s relationship with Angus and the rest of the NE, to allow for greater connectivity and interaction.

Fittingly, one of the most popular inputs of the evening was Gillian Easson’s call to arms for audience members to join the boards of heritage organisations in Dundee and beyond, in order to help drive the change and impact that they want to see.  From my recent experience of heritage events and conferences in Scotland, there is often a group of familiar faces at each one, inspirational people from the sector but not necessarily diverse or representative of Scotland as a whole.  At the Question Time in Dundee we had a broad range of attendees (our youngest was 7, our oldest north of 70!), including students, heritage professionals, volunteers and passionate local ambassadors.  Dundee has a huge amount going for it, and much to be optimistic about – but it will only truly harness this potential if it can engage the broadest range of its population, including those who were not present on the 28th, from some of the most disadvantaged communities.

Check out the story of the evening here.  I remain unapologetic about my love for Dundee and ambassadorial in my support for the city’s vision – hopefully I’ll manage to bring the rest of Scotland along with me!

Jamie Cooke is Head of RSA Scotland.  You can follow him on Twitter @JamieACooke, connect with him on LinkedIn, or email him at [email protected]