Blog: Why the War on Drugs is Failing

‘Many genetic, environmental and social factors contribute to the determination of a person’s unique susceptibility to using drugs initially, sustaining drug use, and undergoing the progressive changes in the brain that characterise addiction’ (Volkow et al, 2016)

Between 22nd and 24th February 2016, I participated in an Executive Course on ‘Drug Policy, Diplomacy and Global Public Health’ at the Graduate Institute of International and Development Studies in Geneva as part of their Global Health Programme. The course aimed to inform participants on matters related to international drug policy and the impact that this has had on the global population.

Firstly some background. During the second half of the 20th century there have been 3 main conventions where the world looked at ways to get the issue of drugs under control. They were: 1961 Single Convention on Narcotic Drugs, 1971 Convention on Psychotropic Substance and 1988 Convention Against Illicit Trafficking. All three had a focus on eliminating the world drug problem with the main driver being law enforcement. There have subsequently been two UNGASS (United Nations General Assembly Special Sessions on Drugs) gatherings and a high level meeting. At the 1998 UNGASS meeting, the international community set a deadline of 2008 for the World to become “drug free”.

Although the initial concept of the assembly was surely to help the world’s population, there have been catastrophic and repressive unintended consequences to the so called ‘War on Drugs’. Here are some of the fundamental failings that the countries of planet earth must deal with if we are to truly tackle this war on drugs (which inadvertently turned in to the war on people who use drugs): huge black markets on the sale, supply and trafficking of drugs (said to be worth an estimated $200-400 million per annum); AIDS and Hepatitis epidemics; mass incarceration (particularly for minor drug related offences) and disproportionate sentencing (especially for women). In addition, globally there are an estimated 500 drug related deaths every day with 246 million people admitting that they used an illicit substance in 2013.

The course called for a ‘Public Health’ and ‘Human Rights’ approach to be key and central in the future of international and national development of effective drug policies. This is in stark contrast to around 65% of countries who view addiction to drugs as being a criminal justice matter, rather than a health issue. The fact that law enforcement is currently the staple intervention for drugs and drug related offences has a ripple effect in areas that we may consider essential in the journey that one must take to overcome their addiction. Things such as: employability, housing, welfare assistance and other luxuries such as international travel. Astonishingly, there was also evidence provided that there is in fact a direct correlation between street level enforcement and higher rates of mortality. Some may argue that incarceration is the way to tackle the issue of drugs but few could argue that with 30 million people in prison for minor drug related offences (10 million in pre-trial stage), tied in with exponential rates of HIV, hepatitis B & C and tuberculosis, people being denied treatment, overcrowding, corruption, ineffective (or absent) treatment programmes and other risky behaviour is surely a human rights tragedy – and this is without mentioning the mandatory death penalties that exist in some parts of the world. There needs to be greater understanding of the variances in the drug using population and as long as there is prohibition, we need to find a way to live with this contradiction.

What could be done to change this depressing picture? Well, there is a premature UNGASS that will be taking place in New York between 19-21 April 2016. This is an opportunity to build coherence between the International community and Global Public Health. There needs to be an acknowledgement that the current system simply does not work and that whilst it is still intact more and more marginalised and vulnerable communities will be adversely affected by prohibition and inhumane national interpretation.

Personally I would like to see a discussion on regulation, as I feel that this would hand power back to Governments and control could be put in place on what drugs are sold, how they are sold and would enable effective management of the quality, the quantity, the duration of use, the retail venues, the age of users, etc. At present Governments already control other dangerous substances, be it chemicals, certain foods, etc., so this would fall in line with this type of methodology. This can also be linked to the UN Sustainable Development Goals, such as: No Poverty, No Hunger, Gender Equality, Decent Work & Economic Growth, Reduced Inequalities and so on.

I feel that the involvement of Civil Society and NGO’s (Non-Government Organisations) is also crucial in the development of effective drug policy, but this must take place without any degree of tokenism (for this would do more harm than good if it were the case).

Stigma and discrimination are prevalent in most areas of the planet, but hearing from those that have been directly affected by the current drug control system would go some way in building knowledge and understanding – as long as the recipient is open & receptive to it.

From a medical perspective (if nothing else) some 85% of the world population have no access to opiates for pain management, anaesthesia, palliative care, and substitution therapy or anxiety treatment. The current regime does not fill me with hope that this inequality of access will be addressed any time soon.

Overall, as somebody who has been personally negatively affected by drug policy, I would like to witness a global reality check. 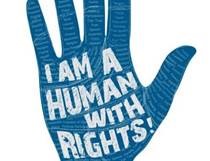 Experience and scientific based evidence should be taken into consideration when developing effective drug policy, these in turn should be for the betterment of the entire global population, whilst meeting health needs and adhering to individual human rights.

Sunny Dhadley has started a campaign to centrally include human rights at the 2016 UNGASS on "the world drug problem". Sign the petition now.