Blog: Michael Gove wants to see prisoners as ‘assets not liabilities’ – so what does that mean?

I have been fast developing a policy crush on Michael Gove and – like many interested in prison reform – was becoming a little concerned that the pre-referendum EU debate may stall momentum on the reform agenda led by a new hero in the making.

Gove’s appearance at this week’s Justice Committee went some way to allay those fears. Given a sensible and measured grilling over his plans to introduce greater autonomy into the prison system, the Secretary of State gave an assured performance. He also gave us a bit more detail about what the proposed new ‘reform prisons’ could look like, how they will be measured, staffed and governed.

Asked about how we will know what success looks like, Gove made clear that while new metrics and targets will tell us in the short to medium term about the direction of travel, real transformation is likely to take ten or 15 years. While this may be hard to hear, it is also realistic and brings home the importance of building some political consensus in this area.

There is a myth that there is a clear dividing line on prisons between the left and right of politics; history tells us a more complicated picture. As Gove is wont to remind us, as Home Secretary,Winston Churchill was a prison reformer; the state’s power to take away people’s liberty, needed to be matched, he believed, with a grave responsibility to rehabilitate, to, as he put it ’search for the heart of a man’.

More recently, much of the rapid and dramatic rise of the prison population occurred under Labour; a result perhaps of fear that they were perceived to be ‘soft’ on crime. This is not to argue that the reverse is true but rather to suggest that there is opportunity here for a more compelling policy narrative about how prisons protect the public and serve our communities, including those inside.

Indeed, the most radical aspect emerging from the current prison reform agenda – and the one that it may be hardest to convince people is potentially game changing – is the Prime Minister’s emphasis on prisoners as assets not liabilities and Gove’s central focus on rehabilitation. For some this may sound like an education minister announcing that learning is central to schools and that pupils’ progress was central. But when it comes to prison there remains considerable confusion about what they are there for and whom they serve.

I assume we can all agree that they are there to carry out the sentences given out by courts; although, as John Samuels QC has argued, sentencers’ intentions are not always served well as prisoners struggle to access the things they need to in order to comply. We can also agree they are there to protect the public. But as reoffending rates – particularly amongst those committing lower level offences and serving short sentences – suggest, the extent to which they are currently able to do this is highly contestable, certainly in the long term.

Like schools, prisons also have their ‘three Rs’; in this case resettlement, reoffending and rehabilitation.

Too often, these terms get used loosely as if they are one and the same. Of course, they overlap but their relationship to one another is not straightforward. A reduction in reoffending rates could mean effective work being done by prisons, its partner agencies and the individuals involved. But you can also reduce reoffending through changes in police action. You can resettle people back into their own communities but you can also tick box your interventions with little or no impact on people’s post-prison lives.

Resettlement often fails. Partly because many of those coming in to prison were not ‘settled’ before and have unmet multiple needs, including in many cases – as Gove pointed out to the Justice Committee – mental health problems. The resettlement offer both inside and out is frequently inadequate.

Certainly, it often falls short of what good prison governors and officers would wish to see; people’s return to the community as active citizens capable and of playing a full and positive part in the stuff of a good life, not long term unemployment, exclusion and in many cases a return to custody. The attraction of these first two R’s is they seem to be easily understood and – with some difficulty – can be measured. Reoffending rates provide attractive hard data. Resettlement work can be measured by outcomes but is too often assessed – and funded – by outputs, which tell us a bit about what has been done but little about impact.

And then there is rehabilitation. Strictly speaking this means returning something to its original state; which in terms of the issue at hand falls short of what prisons are being asked to do. If people’s lives are chaotic, amoral and miserable before they go inside, we need a greater ambition and one that prisons cannot deliver alone or, by and large, within the current context.

This is where Gove’s plans for autonomous prison leadership provide huge opportunities but also considerable challenges. Part of this is about language. If prisons are – as John Podmore has argued– ‘out of sight and out of mind’, if they are seen as an end to a process and not a potential new start why would local authorities, let alone communities and employers engage?

Yet, effective rehabilitation does not just reduce reoffending but also unemployment, dependence on welfare and wider impacts on families and neighbourhoods. It both requires and drives local buy in but if this is to happen, institutional reform needs to be led by a clear and relentless emphasis on what is meant by rehabilitation, how we assess progress and what part that wider communities can – should – play. 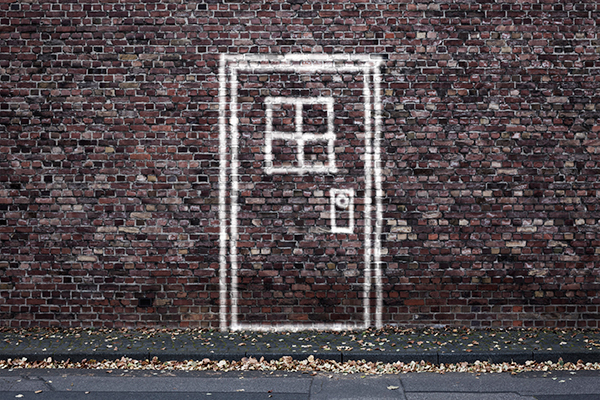 Rehabilitation may be dependent on effective resettlement and may result in reductions in reoffending, but it is not a linear process that lends itself to easy measurement. We are not even sure what it looks like and it can be a chronically relapsing condition on the way to full recovery. For many people in prison rehabilitation means a much more profound change in themselves, their self-efficacy, hope, resilience and thinking. Some can identify a turning point: that therapeutic intervention that revealed the source of their fury and resentment; that officer who consistently treated them with respect and empathy; or that course or job that gave them an insight into their own potential.

As Alison Liebling has suggested a ‘rehabilitative culture’ cannot be measured effectively through dry processes but through assessing the different components that support rehabilitation: staff and prisoner relationships, the levels of responsibility, the ability to make choices and people’s access to supportive networks outside, including family and employers.

At the Justice Committee, Gove was asked whether his agenda for reform could be delivered without a decrease in numbers. His intention was clear; he stated his ideal is that no one would be sharing a ‘room’ (itself an interesting use of language), for example. But his strategy is not to announce a target for reduction but to trust that these changes – alongside problem solving courts – will drive down numbers. There are of course strong arguments to be made here, including some consensus that mandatory minimum sentences are not only unjust but also counter-productive. This matters hugely and is easy to get purchase on.

But it is just as important for all those concerned with long-term transformation to be clear about what it is that we want from our prison service. This is not semantics. It is an essential part of the change process and of mobilising support. Rehabilitation may be profound, complex and contested; but that does not mean it cannot be better defined, supported and assessed in a way that drives system change and engages the public.

This article was originally posted on The Justice Gap on 21st March, 2016.