Why only UK taxpayers should own UK homes

The housing crisis is more than a mere shortage of houses. Too few homes is just a different way of saying too many buyers, but it has been taboo to question who buys UK homes and why. Surely the Panama Papers revelations about the London property empires of an international rogues’ gallery of crooks, despots and oligarchs is a game changer. It’s time to send a clear message that the proper use of UK homes is for UK residents to live in. 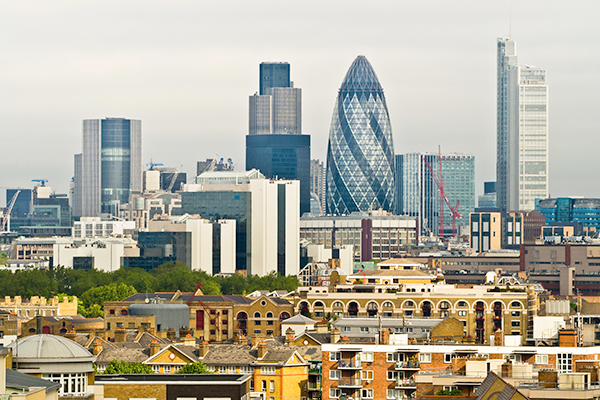 There is no doubt that the housing crisis in London has become too big to ignore, with 50 business leaders issuing a stark warning that it is an existential threat to London’s success. London is not the only place where Generation Rent faces an impoverished and insecure future because of the dysfunctional UK housing market. In St Ives, a seaside idyll to London eyes, local frustration with homelessness co-existing with darkened, empty second homes has prompted a forthcoming vote on restricting second home ownership in the town.

The stock response is “build more homes”, and of course we should endeavour to do so, but this is not going to solve the problem by itself, and it cannot relieve pressure any time soon. The causes of the housing crisis are manifold: it is a 'wicked problem'.

At a minimum any successful long-term reform must address: patterns of land ownership, lack of effective competition in housebuilding, cumbersome bureaucracy, tax policy, bank and credit regulation and social and cultural attitudes. And it must address these factors simultaneously in a holistic package of policies. Prepare the pigs for take-off.

For now, we must seriously question the most unnecessary and unproductive distortions to the housing market and this is where the Panama Papers come in.

Let’s leave aside for now how distasteful it is for UK property to be used as a store of wealth for criminals and dictators. With over £100 billion of London property purchased by foreign buyers in the last six years alone, it highlights a broader economic distortion too. The use of homes as a speculative asset for global elites stands in direct opposition of the use of homes for people to live in. This happens in two ways.

First it results in more empty homes, because such investment properties are rarely lived in as a permanent residence. This is a woeful misallocation of bricks and mortar that should be employed in its intended use as a home.

Second, it contributes to pushing up the price of all housing beyond its natural level and creates a chain reaction whereby professional workers who used to be able to afford to live in Zone 1 and 2 in decades past are pushed to Zone 3 and 4, displacing less wealthy Londoners further out and so on. Ultimately, the upward pressure on house prices ripples out down the rail commuter lines into the home-counties causing affordability problems for locals who do not earn London salaries. And although many workers choose to commute there are also many who would happily move closer to their London jobs if they could afford to, relieving the South East’s creaking transport infrastructure and releasing time for something more fun than travelling to and from work.

So if we need to choose between these two uses of UK houses – as homes for UK residents or stores of wealth for global tax dodgers – which should we choose? I hope the former is the winner but as ever the real question is the practical one. What can be done?

Here is an idea: only UK residents can own UK residential properties. Let’s look at the detail of how this might work.

Who is a UK resident?

This would include all social landlords, local authorities, UK domiciled companies and organisations and of course UK citizens. Importantly, it would also include non-UK citizens who are resident in the UK for tax purposes and those who are not ordinarily resident here but choose to make the UK their tax domicile, bringing their worldwide income and assets within the remit of UK taxation. Note that this is not ‘anti-foreigner’ or aimed at preventing non-UK citizens coming to work in the UK. Quite the opposite – it is aimed at ensuring they can find somewhere to live when they get here.

What is a UK residential property?

This should be straightforward – any property classed as C3 or C4 under the Town and Country Planning (Use Classes) Order 1987 (as amended).

This would mean that if ‘non-doms’ wish to own a house in the UK they will have to show their commitment by choosing to pay UK tax. They are free to choose not to, and sell their residential property.

All of the offshore-owned properties that serve as secret lock-ups for global criminals will have to be sold. As well as bringing empty homes back into use this would help end the stain on Britain’s reputation of being one of the world’s favourite money launderers.

If the legal mechanism to force sales in this way proves too troublesome, particularly if provisions on home ownership cannot be applied retrospectively, very high annual levies on land values for non-UK resident owners should achieve the same result and bring in much needed tax revenue in the meantime.

Would this cause a housing shock? Any policy proposal developed along these lines would have to assess this. Certainly luxury property prices would fall, but by the time this rippled down to the kind of 1 to 4 bedroom homes that mere mortals aspire too, the pent up demand should cushion prices from any great fall.

One other potential benefit? If the secret owners of any of these properties choose to reveal themselves as UK residents and taxpayers who have earned their wealth in an honest fashion this would be something to celebrate.