A Community finds its voice: One Heritage Ambassador's Story

The Heritage Index has generated discussion about engaging communities in heritage projects. Here’s a case study of a much loved local building which has drawn a community together to fight for its future. With the impressive exception of the Ironbridge World Heritage Site and its award winning museums, Telford isn’t known as a heritage hotspot.

A 1960s New Town, Telford was built on old communities - such as Dawley, Madeley, Wellington - bolted together to house new industries and thousands of incomers from across the UK.

The centre of Madeley was brutally remodeled in 1968 and more sensitively redeveloped again forty years later. In the middle of the chaos, the Anstice Memorial Hall somehow survived. One of the first purpose built Working Men’s Clubs in the UK, built in 1868 in the Italianate style and Grade 2 listed, The Anstice was the heart of Madeley social life, complete with championship level snooker tables, one of the largest concert halls in Shropshire and a sprung dance floor claimed as the best in the Midlands. 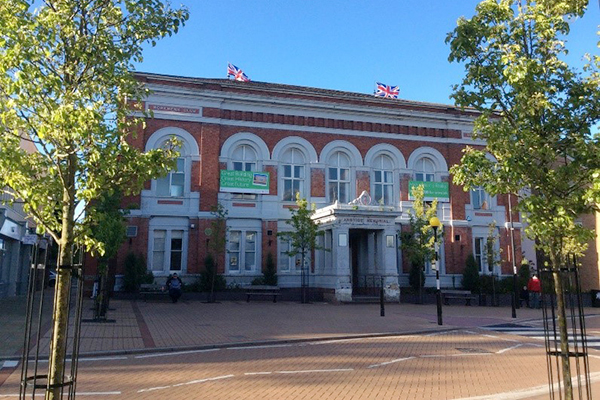 As Telford grew through the 60s and 70s the Anstice was the social hub for old and new Madeley people with over three thousand members. Interestingly, only men could be full members - women had no say in how the club was run.

By 2014 it was a different story. Events, energy and cash dried up and the club was forced into liquidation, leaving a dusty neglected time capsule celebrating the glory days.

At this point the community got interested. Three local women - Terri Edwards, Lyndy Boden and Lesley Hunnisett - started a Save the Anstice Facebook page which rapidly took off. Meetings were held with local councillors. Posters went up around town. People posted pictures of Anstice celebrations of days gone by; local men going off to war, harvest celebrations, parents and grandparents meeting on the dance floor. People stood outside the closed building with clipboards. Offers of time, expertise and money came in and Madeley Town Council, with the help of Telford and Wrekin Borough Council, found funds to buy the building from the liquidators.

A year later the Save the Anstice campaign has evolved into the Anstice Community Trust and is working with Madeley Town Council on a programme of successful fundraising events in and around the building. Longer term, the Anstice needs a serious cash injection and the council have commissioned an options appraisal as a first step to future funding. 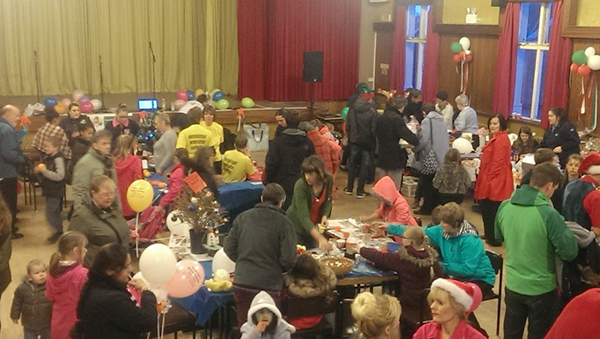 As an RSA Fellow I helped establish the Trust as a Charity.  The RSA’s Heritage, Identity and Place Project came at an interesting time for us as it tries to define heritage not just as bricks and mortar but also by the value to the local community. In Madeley we have an engaged, enthusiastic and impatient local community who are certainly not the stereotypical local heritage enthusiasts.

With the help of Jonathan Davies, our Shropshire Heritage Ambassador, and Richard Pickford, RSA West Midlands Manager, we invited Fellows and other interested people to the Anstice to launch Heritage, Identity and Place in Shropshire. A side benefit was to lift awareness of the Anstice across the wider Shropshire heritage community - it was a surprise how many local heritage enthusiasts had never been inside the building!

So what does the Anstice tell us about community engagement and how to break the disconnect between communities and the heritage around them? Firstly, someone needs to get passionate. At the start it was all about the enthusiasm and energy of three women who started the group. Secondly, you need momentum to engage, involve and empower the wider community. Social media was crucial, generating the confidence and numbers to bring local councillors on board and start a discussion about what needed to happen next. Thirdly, there is a quality about the building that makes it worth fighting for - older people have fond memories; everyone can see potential. Whatever that quality is overcomes the barriers to getting involved, attending a fundraiser, volunteering to help and generally support bringing the Anstice back to the heart of the local community.

We know we’re fortunate to have supportive local authorities and this isn’t the case everywhere. The Heritage Index hopefully starts a discussion which will encourage cash-strapped councils to view heritage as a potential resource.

Post Script: The Anstice has now been awarded a Heritage Lottery Fund Start Up Grant so formal work has started to secure the funds needed to renovate the building.

June is the RSA Heritage Ambassador for Telford & Wrekin. She has been a Fellow since 2008, is Chair of Groundwork West Midlands, on the Board of Groundwork UK and Secretary of the Anstice Community Trust