Citizenomics - in search of a new model for inclusive economics

A recent study tour of three European cities suggests that integrating policy, aligning the efforts of different sectors and fostering an equality of citizenship can help underpin more inclusive growth.

Sitting by the Oudehaven marine, underneath Rotterdam’s iconic cube houses, it is difficult to believe I’m in the middle of Europe’s largest port city. Here, quirky urban design, sculpture, high rise buildings and a network of quiet waterways create that fascinating cocktail of the best of city life – simultaneously conjuring a sense of space, calm and underlying energy that brims throughout the day late into the evening. While we’re glued to our design codes, secretly reassured by homogeneity, Rotterdam is already living the future. It’s effortlessly cool. 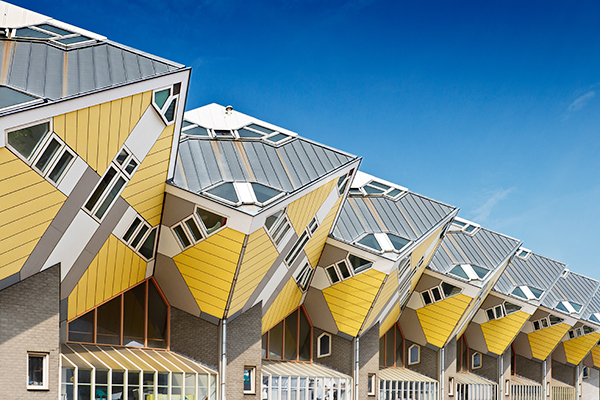 Rotterdam is the third of three cities I visited last week as part of UK delegation of city leaders and academic experts looking at how to create inclusive growth. Kindly funded and organised by the Joseph Rowntree Foundation, the study tour was a fascinating glimpse of alternative approaches to welfare, public services and the relationship between citizen and the state. From Helsinki to Malmo and Rotterdam (via the famous Øresund Bridge, for fans of the TV series) it was an intensive, immersive experience.

We met city officials, community leaders and local people involved in a range of projects designed to, amongst other things, build community capacity, foster social enterprise, bring people closer to the labour market, reduce welfare dependency, respond to the migration crisis and ensure young people are equipped to cope with the changing world of work. Humbling at times, particularly in the degree to which Malmo and Helsinki are proactively trying to build infrastructure, systems and services to support new migrants – “because it is the right thing to do” – it was interesting to reflect on our own motives, innovations and impact.

Places in the UK are home to many of the same community-based projects we saw in the three cities of the tour, often it seems with a greater sense of commitment to identifying and measuring real impact.  We’ve also tried similar versions of the labour market integration programmes of Malmo and Rotterdam, determining in many instances that they did not represent value for money. Coproduction of public services has been a watchword in the UK for a decade, in theory if not in practice. And we’ve often sought to embrace the co-design principles particularly emphasised in Helsinki, although I suspect we’ve watered down several of these to tokenistic consultation instead.

But while we’ve also been co-locating public delivery agencies and organisations for years, we haven’t necessarily achieved the kind of integration of workforce aims, cultures and accountability structures we saw in Malmo. Here integration between tiers of central and city-regional government was also palpable, and this extended to new and emerging partnerships between the city, non-government organisations and wider civil society – a new innovation in Sweden, which has traditionally either provided services in the public sector, or more recently procured directly from the private sector, with little in between.

For example, in Sofielund – one of the poorest five areas of the city – a new community ‘incubator’ is being built to house private, public and third sector organisations under one roof, including: city government officials focussed on improving health, wellbeing and community safety by tackling poor quality housing stock; Manpower, the private sector recruitment firm, committing to work with local people and the neighbouring industrial estate; as well as a number of social enterprises dedicated to fostering social cohesion and integrating immigrants (e.g. through a Swedish language café, faith-based outreach activity and dedicated support to help the large Somali population to navigate Swedish bureaucracy and set up businesses). With a sewing and soft furnishing studio in the basement designed to upskill local unemployed women, Yalla Sofielund is the first non-profit organisation anywhere in the world to win a contract with Ikea, for which it supplies its seamstresses to the Malmo store.

Covering an area of only 12,500 households, Sofielund is an example of the street-by-street economic and social support that seemed to be at the heart of the approach to community development and inclusive growth that we saw in each of the three cities. What’s more, it’s linking up to other initiatives in the city, creating a network through which to scale activity on the ground. Is this something we need to follow? Or have we already tried and failed in various attempts to do similarly, such as through the New Deal for Communities or Single Regeneration Budgets programme?

The clue for me lies in what we didn’t see throughout the course of our five day trip – the national policy frameworks that underpin each of the major cities complementary attempts to top up and tailor their local offer. We didn’t see inner workings of Finland’s first class education system (Finland ranked highest in Europe in the latest PISA rankings) or their comprehensive childcare support available to all parents in Sweden for children aged 1 – 5 years (and where middle class fathers are culturally expected to split their 16 months parental leave equally with mothers).

This begged the obvious question to a UK delegation of city leaders versed in managing and mitigating the impact of austerity – where is the money coming from? Scandinavian tax rates are known to be high, but one wonders how sustainable their tax base is when unemployment and youth unemployment especially are also high (in part due collective wage bargaining and high barriers to entry, particularly for outsiders). In any case, an ingrained cultural commitment to blending the social and economic aspects of policy provides a foundation for investment in communities, neighbourhoods and cities that extends beyond our narrow efforts to get people off benefits and into work.

Public, private and civil society interventions are designed to foster equality of citizenship – helping people to be the “experts of their own lives” (painted onto the wall of the Helsinki employment support service for young people). Is such equality of citizenship one of the conditions or characteristics of inclusive growth? And if we were serious about creating inclusive economies in the UK, how might we reprioritise our investment, spending and relationships with the private and voluntary sectors, social enterprise, community organisations and individuals? Is it possible under our current fiscal regime?

Policy transfer has had a long, chequered history, and it’s not my intention to come back to the UK to rewrite our welfare model on the basis of Social Democrat ideals applied in different cultural and institutional settings. But what I will be exploring is how we can develop a new approach to economics which blends relevant aspects of social policy making in such a way that puts people – citizens – at the heart of national, sub-regional and local efforts to drive prosperity. We’ll need a new language for it; how about ‘citizenomics’?

Charlotte Alldritt is the Director of the Inclusive Growth Commission. You can find her on Twitter @CAlldritt.