Simon Stevens, Chief Executive of the NHS, said when delivering the Five Year Forward View: “social movements have the power to tap into the fabric of the country in a way that the NHS might never be able to do”. It was no surprise then that when it came to the landmark deal to devolve £6 billion of NHS England spending, references to social movements also appeared in discussions. 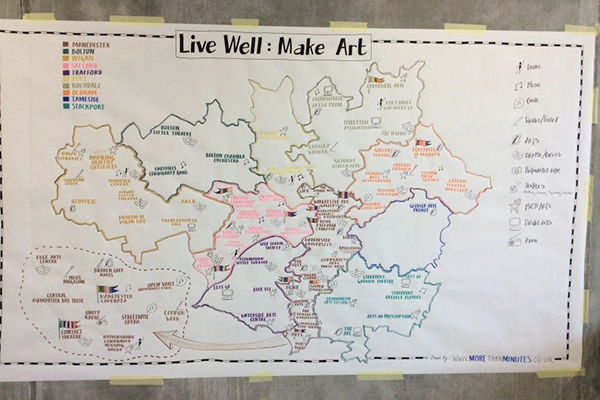 By July 2015, “Nurturing a Social Movement for Change” was one of the five major transformational programmes in the Greater Manchester public health programme. We fretted over the right verb for that title.  Social movements have to come from communities, they are self-sustaining, unpredictable and not something that we commission or seek to control.  However nurturing suggests we have the ability to set the environment to generate and support social movements.

In approaching health as a social movement, the community arts world offers a different way of thinking. I like to think I am an enlightened public health practitioner but my approach has been shaped by years of training and working in large public sector institutions. For work on health and social movements to be different, input is needed from people who do not think like me or the people I usually talk to. Not only can the arts be a catalyst to stimulate outrage, it can engage people in ways that are not accessible through other means.

So the first thing we needed to do was to come together. Late last year we invited artists and producers, academics, administrators and health professionals and asked them how the arts and health were to work together, asking them what would it look like and ‘If it went really well, what it would look like?’ 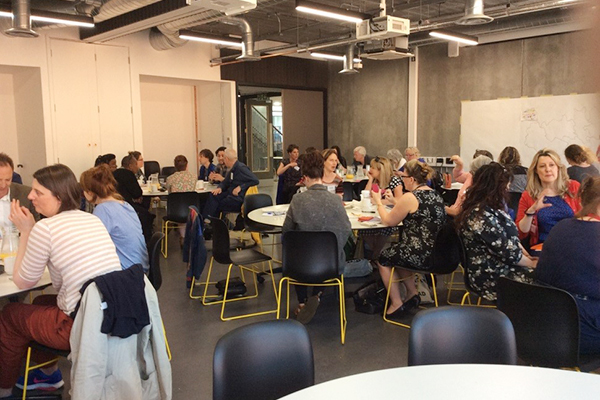 Live Well: Make Art was the theme. Discussion focused on values and principles, using collective intelligence to create a vision and model for acting together. People volunteered to create projects to test and develop our understanding of what arts-based social movements for health and being active in your community might mean. Participants were brimming with enthusiasm.

“Arts can engage people in ways that are not accessible through other means and have the brass neck to speak of emotions and their importance to health, wellbeing and life – fall in love again, take joy in people, sing a song, be mindful in a gallery” - participant at first LiveWell:Make Art workshop.

“Full of ideas and a belly full of fire” – participant at the second Live Well: Make Art workshop.

At the core of this work is the conviction that people actively engaging in arts will benefit personally, will link with others in their community and be more capable of initiating change on their own terms.

Analysis of social movements suggests that this work will experience conflicting motivations and high probability of fragmentation – something that Nesta are currently researching - it will be unpredictable, there may be conflict and it might fall apart. We recognise the uncertainty of what we are doing but take assurance from knowing that changing systems is not quick or easy. This may or may not inspire a social movement but there is something worth reaching for and positive in the attempt to reach it.

This is a guest blog for the Health as social movement project, a partnership between NHS England, Nesta and NEF exploring what role social movements can play in improving our health.