Lost when it comes to funding? The RSA and CrowdPatch are here to help

The RSA and CrowdPatch are running a pilot scheme in partnership to help social entrepreneurs in the London and South Central regions to realise their dreams for local communities. Christopher Norris FRSA explains how this works in practice.

Crowdfunding is coming of age

At a time of austerity, crowdfunding is breaking through as an exciting, viable alternative to the patronage model of funding across business, government at all levels, public services and charities.

According to NESTA, the crowdfunding and peer-to-peer lending market in the UK in 2015 was worth £3.2 billion: 97% of crowdfunding operates on a ‘contributions for rewards’ business model.

At its most basic level, crowdfunding is a process of asking for money to support projects from many people, rather than the traditional model of pitching a business plan to a bank manager. But crowdfunding is about so much more than raising cash.

Think of crowdfunding as a combination of three equally important components:

The ‘contributions for rewards’ business model is a win/win scenario. Project owners receive money towards their target figures and contributors receive perks that are either useful for their own enterprises’ bottom line or compliant with their CSR objectives.

People love projects: ‘making things happen’ and ‘telling stories’ are surefire ways of engaging our interest and our participation. Exciting crowdfunding projects attract the attention and support of like-minded enthusiasts and experts, often with incredible ideas and direct access to great contacts.

Crowdfunding campaigns are developing stories that have the potential to be newsworthy. When project owners share the process of running their campaigns – their triumphs, their problems, their solutions – they are building a brand by transmitting messages that their audiences love. As Thesis 1 of the Cluetrain Manifesto states: ‘Markets are conversations.’ This statement remains truer than ever.

CrowdPatch is the crowdfunding platform for social entrepreneurs. The platform comprises highly interactive areas of interest called ‘patches’ that nurture and incubate themed projects and attract like-minded fans and followers. Free to use throughout the process of running a rewards-based crowdfunding campaign, project owners get to keep all the money they raise. There are also opportunities to engage volunteers, via a one-click sign-up process, and plenty of scope to encourage fans and followers to share news about projects via their own social networks.

CrowdPatch’s unique relational approach to crowdfunding means that the network effect is built into the functionality of the site, so that projects that reach over 25% of their target amount can go viral both inside the platform and externally around the web.

CrowdPatch also offers bespoke training and digital marketing packages that can be integrated into project budgets. CrowdPatch works alongside commercial crowdfunding platforms (such as Indiegogo and Kickstarter) to help project owners to optimise their chances of raising the funds they need for projects to happen.

CrowdPatch collaborates with organisations and networks like the RSA that have a strong social enterprise ethos and that aim to support social cohesion in local communties.

CrowdPatch also works alongside other crowdfunding platforms with a commercial focus, sharing links to projects that have social enterprise elements.

CrowdPatch offers an unbiased broker’s service to advise project owners as to the best channels to use to optimise their chances of securing target funding and network growth (e.g. followers; fans; and expert connections).

CrowdPatch is currently running a pilot scheme programme with the RSA in the organisation’s London and South Central regions. The first three crowdfunding projects to run at the RSA London patch are as follows:

Bloomsbury Beginnings (project owner: Ann Nkune) – campaign to refurbish a coworking space to improve facilities for parents with young children who need to work flexibly to accommodate their home responsibilities;

Please check out these campaigns and contribute generously and/or volunteer if you can.

The RSA and CrowdPatch will soon be seeking more Fellow-led projects for the next round of the pilot scheme. The Call for Entries will open soon: Fellows will be informed as soon as we are ready to receive applications.

Crowdfunding is a channel for raising money, building networks and creating and marketing and publicity buzz. CrowdPatch offers a way for social entrepreneurs to succeed in all three strands.

I would love to chat with you about what funding opportunities are right for your projects. dDrop me a note via my RSA profile page or contact me via email at [email protected] 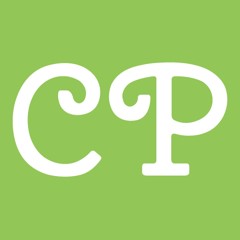 Christopher Norris FRSA is Head of Crowdfunding at CrowdPatch. He is a media, publishing and social entrepreneur with over 25 years’ experience of joining the dots between crowdfunding, book publishing, digital media, television, music and film by being passionate about making things happen, publicising excellence and helping others achieve their creative goals. He has run several successful crowdfunding campaigns – including a current project at CrowdPatch called The Icelanders Cometh (a project that is raising funds for UK libraries to spend on books by Icelandic authors translated into English) as part of the launch of the Jolabokaflod Book Campaign another of Chris’ business ventures. Chris serves on the All-Party Parliamentary Group for Crowdfunding that meets regularly at the House of Commons under the chairmanship of Barry Sheerman MP.