Whitley Academy, one of the schools in the RSA Family of Academies, hosted a visit from Mark Carney, the governor of the Bank of England, in a live BBC television event as part of the BBC School Report initiative in September. 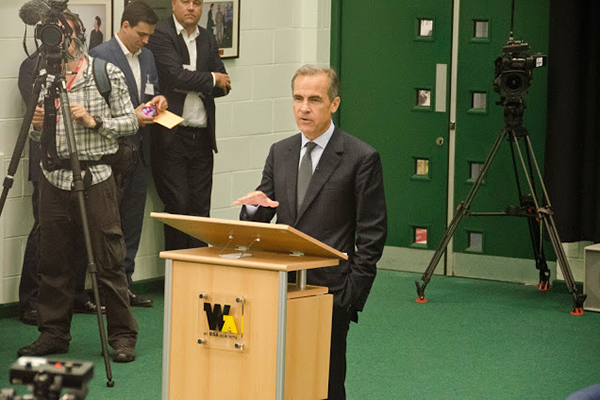 The Whitley Academy students observed the BBC live production team in action, worked alongside BBC reporters and presenters, and quizzed Mark Carney on issues impacting their families locally. Mr Carney, or perhaps Mr ‘Carnage’ as he later revealed, was very open about himself thanks to the probing questions from the students. The audience learnt everything from the small scale (he likes Dairy Milk, dogs, and the Great British Bake Off) to the rather more RSA-like messages (how we are living in an age of globalised "mass creativity").

The governor also revealed that the EU referendum result proved the toughest night of his career – all of which was given great weight, having told the children that he had gone to a state school "just like this one" and that it was "a total accident of history that I became governor of the Bank of England".

Connecting students to inspiring people and ideas clearly has impact. Joe from Year 9 noted ‘you need to be passionate in what you are doing in order to succeed’. Divya, aged 14 reflected personally, ‘despite being from a low income family, it’s up to me to decide how my future will go and we all need to take every opportunity that comes my way because I never know where that could take me to.

The governor’s visit brought economic policy to life and allowed the students to make a connection to their personal lives, paving the way wonderfully for the RSA’s Citizens Economic Council’s planned workshops at RSA Academies to explore economic values, priorities and policies from young people’s perspective. 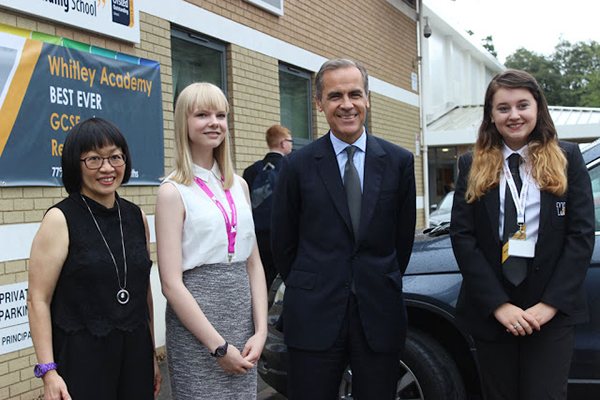 ‘The day had arrived! We all arrived at school much earlier than usual to get prepared for the arrival of Mark Carney. For the whole week before his arrival we did some research about him and watched the BBC News to get ready for the event. We all were extremely excited (and of course nervous). Mr Steinhaus, Mr Price and Mrs Nguyen (our main teachers who organised the event) must have felt the same.

Josie from the BBC School Reporters came to help us out the day before. It was really amazing to see how much preparation needed to be done before Mark Carney’s arrival. We knew there were questions sent to us from other BBC School Reporters around the country, and finally 18 questions were chosen for us to ask.

In the Auditorium, we were told that Mark Carney had trouble getting to Coventry because the train he was on was derailed. It took him a bit more time to come to our school. We were given extra time to think about the questions and of course some more … cookies.

Minutes before going live Paul (the BBC floor manager) told us when he waved we needed to clap our hands. It was unbelievable to see all the equipment the BBC staff had to arrange for a live television event. They came to our school at 6 am this morning! Wow! Then Paul counted …five…four…three…two …one! It’s live now. As we went live it was hard to keep yourself under control. No sneezing, talking or yawning. Of course you had to switch your mobile phone off completely! 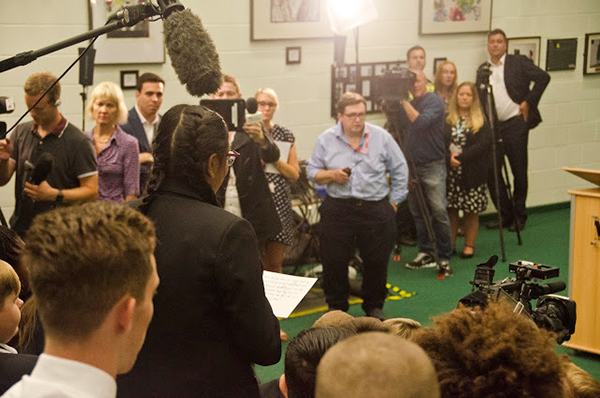 As Mark walked in we applauded him. He gave us a short speech about the journey to come to Coventry (there was a landslide in Watford Junction), the UK economy, what the Bank of England does, and how he came to be who he is today.

I (Melissa), asked him a question about his childhood nickname. He told us that he used to be called “Carnage” and “Carnival” because his last name was Carney. He was quite relaxed to answer my question. I found it interesting to know that he preferred the nickname Carnage. So would I if I were him!

So Mark Carney's nickname when he was at school was 'Carnage'. Rather like that! Nice question @WhitleyAcademy1 @BBCSchoolReport

Going into the BIG INTERVIEW, we didn’t know how Mark Carney would relate to us. However; after meeting him and hearing about his life, we have learnt so much.

After the live broadcast with Mark Carney we headed back to the Learning Resource Centre, which was transformed into our base for the day, and had a little talk with Kamal Ahmed, BBC Economics Editor. We sometimes see Kamal on BBC News and now we could talk to him in person. How cool!

The way he interacted with us made us feel comfortable and confident to ask him many questions. Joe (our Year 10 reporter) was busy with the filming so that we could have a look at the video and learn more later. 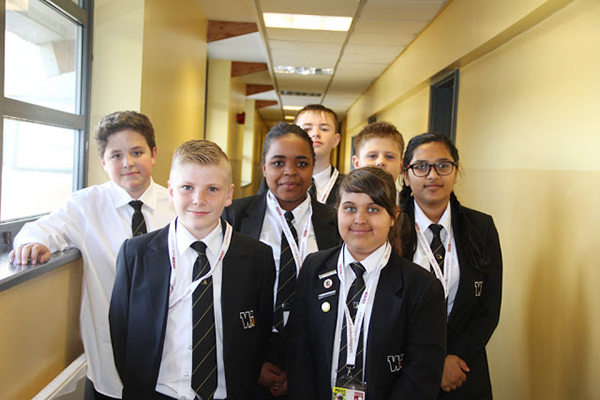 Some of the questions we asked included:

Kamal talked about how he came from a state school education and when he was 16 he had no idea of what he wanted to do in the future. By taking the opportunities that were given to him along the way he managed to end up with the job he has now.

The governor of the @bankofengland live on @BBCNews @VictoriaLIVE talking to school children - not an easy audience. pic.twitter.com/nGnA6NBdJl

After studying in university he chose to start print journalism from the bottom and work his way up. By doing this he had the opportunity to gain more experience and even told us some of his stories about the small articles he wrote – one of them being a report in 1990 on how the new phones which had the internet were going to replace newspapers. Wow! 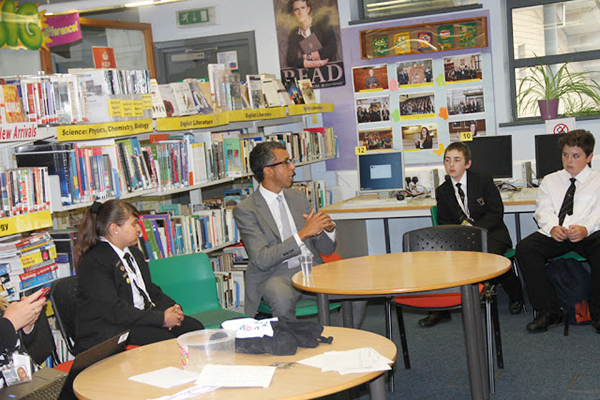 Through Kamal’s talk we learned that you need to have a passion for the job you want to do and take the opportunities that come your way. How true!

We hope to interview many more inspiring and influential people that help to shape our futures.’

Watch a replay of the full event with Mark Carney which was broadcast live on the BBC's Victoria Derbyshire programme.

You can also watch BBC Economics Editor Kamal Ahmed's report on the event.

Whitley Academy is one of seven schools in the RSA Family of Academies in the West Midlands. For more information please contact Georgina Chatfield, programme manager, RSA Academies.