Views from Port Talbot on a Citizens’ Economy 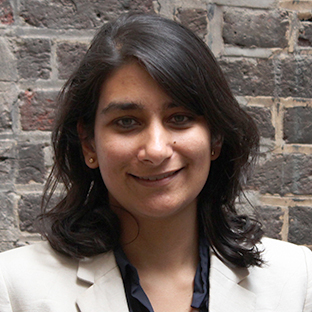 Reema Patel describes her experience leading an engagement workshop about the national economy with citizens in Port Talbot, and outlines how it will set the direction of travel for the future of the Citizens’ Economic Council’s Economic Inclusion Roadshow.

Local pride, distrust in politics and the importance of economic stability for social cohesion are just some of the themes from our first event on the Citizens’ Economic Council inclusion roadshow.

We began our Roadshow in Port Talbot, a region which has drawn national attention from the UK press, media, and political establishment over the decline of the manufacturing industry and steelworks in the UK.

We’d driven into the area, and were struck by two features – firstly, the steelworks themselves, which have now almost become emblematic of wider economic challenges facing Britain in the 21st century and were impossible not to notice as you drove past into the town. And secondly we were struck by the stark and unexpected natural beauty of the area, underplayed by the national media – with picturesque homes set against sandstone mountains.

We began by exploring people’s sense of place and identity – discussing the effects that the steelworks historically had on creating and shaping a sense of community; and the challenges presenting that sense of community over time – with the onset of individualism, increase in redundancies, the loss of opportunities in the town (particularly for young people) and a related rise in levels of substance abuse and crime.

There seemed to be an emerging sense that the ‘ties that bind’ around a shared sense of economic purpose had loosened over time.

But people felt strongly attached to, and proud of Port Talbot – one participant highlighted the stark contrast between perceptions of the local area by ‘outsiders’, and locals’ sense of pride in the area - pointing out the natural beauty of the region – with its mountains and its local, beautiful beaches.

One participant made a particularly powerful insight about the noise and the smell from the steelworks. People from outside the town might consider this unwelcome pollution, but it had become such a fundamental part of life and work in the area that it began to be missed by local residents.

Economy – what comes to mind?

We asked participants to explore what came to their mind when they thought about the ‘economy’ – and they mentioned some of the following:

GDP was mentioned, and was then explained to the rest of the participants – but what was particularly interesting during this part of the session was the extent to which the National Health Service and Welfare State were seen as critical parts of the economy.

Our research data from the Inclusive Growth Commission indicates that this may reflect the fact that almost half of those without a job are classified as too sick to work.

Somewhat intuitively, participants grasped that the economy needed to be about more than simply GDP growth, with one person asking the facilitators, and the rest of the room in response to a conversation about what GDP was – ‘how can you measure human happiness?’.

We discussed the effect that deindustrialisation had on the local area. Participants pointed out that the reductions in the workforce from around 18,500 to around 3,000 jobs had affected the local area considerably, with little to no alternatives available for young people who were either locked out of opportunity, or were being pushed out of the area.

Participants explored how, for young people, there ‘are no alternatives’ to the steelworks – with the exception of working in a bar, or in a local call centre.

Participants also talked about the changing nature of work at the steelworks also shaping the culture of the work itself; referring to the pre-existing security that employment at the steelworks had offered and the increase in the use of temporary and contracted agency staff over a period of time.

Our citizen participants expressed their frustration with a lack of communication from the steelworks around their employment prospects and the challenges that they faced; and acknowledged that wider global pressures (for instance, the price of steel internationally) were affecting the area – saying that they felt it was necessary for government to take a stronger leadership role on the issue, with increased support, including subsidies and greater political pressure for the steelworks.

There was the opportunity for citizens to share their personal stories about the way in which redundancies from the steelworks had affected their lives or the lives of their families – whether that was their personal pension arrangements for the future, or an attempt to move house cut short by a redundancy.

‘Views from the News’

What needs to change, and who can change it?

We summarised the discussion and the findings to date, and asked participants what needed to change – as well as who would need to take agency in shaping change before concluding the workshop.

Participants highlighted the importance of wider political reform as well as economic reform – one participant said that they wanted to see the introduction of proportional representation so that their vote clearly made a tangible difference; and another participant said that they wished to see a more diverse government and Cabinet that reflected the full breadth of UK society, as well as a government with political representatives without vested interests.

Other ideas included the statutory introduction of the living wage for all members of society, including those under the age of 25 (young people). One participant in particular said that it was essential for people to be more informed about the economy and economics so that they could more persuasively advocate for change – pointing to a sense of personal responsibility and need for capacity building in making change happen. Participants also felt that there was a critical role for MPs, and for wider civil society in arguing for and effecting change in the local area.

This was our first Roadshow event. We’re undertaking evaluation and gathering feedback as part of this process – asking participants about the effect it has had on their levels of knowledge and confidence about the economy. We’ll be pulling together a final report of the Inclusion Roadshow upon completion of the workshops which will detail methodology, findings and recommendations for the Citizens’ Economic Council to consider during the course of their deliberations, as well as personal stories explored throughout the workshops. You can read more about the Economic Inclusion Roadshow in a blog authored by my colleague Josie Warden.

We found the discussion stimulating, rich and exploratory – and a demonstration of the value and unique perspectives that ordinary citizens, can bring to conversations about our economy.

Reema Patel is the Programme Manager for the RSA’s Citizens’ Economic Council.