Could the future of Heritage in Grimsby be wind powered?

New industry and investment should ensure that Grimsby's fishing heritage is maintained and celebrated.

During the 1950s, Grimsby was the busiest fishing port in the world. Grimsby’s docks were a town within a town; complete with banks, pubs, and even a tailors. On weekends, the docks played host to ‘three-day millionaires’ – young fishermen flush with wages with just three days to spend them. Their itinerary was simple: to the tailors to pick up a new suit, on to the docks’ various and nefarious drinking dens, and then, just before heading to sea, back to the tailors to get sized up for next time around.

This era is no more, but the stories and buildings still remain. Sadly, however, Grimsby’s rich heritage is under threat. The docks’ grade II-listed Victorian Ice Factory has been left to rot, its roof collapsed. Despite pleas from Historic England and the World Monuments Fund, in August the iconic Cosalt building was demolished.

You might ask why. As Britain seeks a more environmentally-friendly future, the North Sea has become a prime location for wind farms. Previously close to worthless, Grimsby’s docklands has become prime real estate as space for onshore wind farm servicing centres. In August, for instance, the Danish-owned Dong Energy announced plans to invest £6bn in Grimsby and the Humber estuary by 2019. Wind is in Grimsby to stay.

As the New Economics Foundation has emphasised in a recent report, renewable energy represents a golden opportunity to revitalise coastal communities. Long home to some of the country’s most deprived neighbourhoods, the jobs and investment brought by large-scale wind projects is welcome news for Grimsby, a town recently crudely lampooned by Sacha Baron Cohen and declared by ShortList magazine as the worst place to live in Britain.

Too often, however, limited thinking has pitted the wind industry and Grimsby’s history against each other. When cast as a past versus future tussle, only one can win. It doesn’t have to be this way – on the contrary, valuing heritage and embracing economic opportunities are not mutually exclusive; when done well, they can be complementary.

As new devolution and decentralisation powers push places to differentiate themselves in competition for people and investment, heritage can be the basis on which local distinctiveness is built. Fishing heritage is already Grimsby’s unique selling point. As Martyn Boyers, Chief Executive of Grimsby Fish Market told me, ‘anywhere you go in the world, mention Grimsby and people think of fish.’

Although this may conjure up unpopular smells, this distinctive and far-reaching reputation is a fantastic asset for Grimsby, and one that many places would love to have. It should be recognised, celebrated and cultivated by the local authority and businesses alike.

What’s more, Grimsby’s fishing links are not all gone. Although the fish now predominantly arrives by road from nearby Immingham port, the docks still play host to the country’s biggest daily fish market, and Grimsby remains the largest fish processing hub in Europe, home to household brands such as Young’s Seafood.

Also still thriving are a collection of unique smokehouses, most over a century old. In 2009, a group persuaded the European Commission to designate traditional Grimsby smoked fish with Protected Geographical Indication status — an indicator included in the RSA’s 2016 Heritage Index. Heritage is about cultures, memories and the social history of how we eat, as much as it is about protecting and conserving features within our built environment. 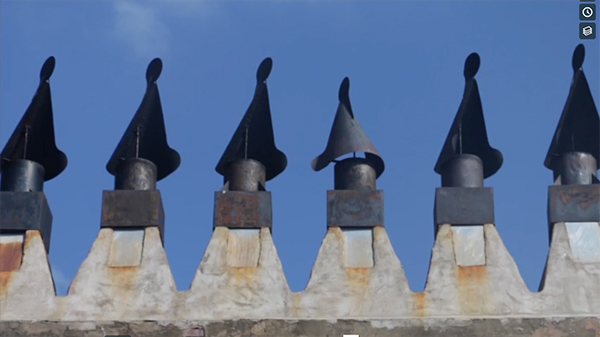 These institutions represent pillars around which Grimsby could continue to invest in its fish-orientated reputation and identity. Imagine an annual fishing heritage festival held on the docks and supported by businesses old and new, which brought people from near and far together to eat fish and chips, dance to sea shanties, and imbibe some of the joie de vivre of the three-day millionaires of old.

Some injection of energy is evidently needed. The RSA’s 2016 Heritage Index ranks North East Lincolnshire, Grimsby’s local authority, 219th in the country for heritage activities, down 73 places from last year.

Longer term, the decaying Ice Factory could be regenerated to house fish restaurants, shops and a museum. A local community group, the Great Grimsby Ice Factory Trust wants support from local government and businesses in order to finally succeed in attracting funding for such a project.

Proposals like this need to be supported in making the case for the value of heritage to the renewables companies moving into Grimsby. New businesses should be supportive, with the recognition that places with a stronger shared identity are happier places, and happier places will attract the people and investment to bolster existing industry. By finding space for both wind and fishing heritage, Grimsby’s docks might just teem with life once more.