What counts as heritage?

Heritage isn’t simply a bunch of buildings from the past; rather it is a collective store of memory and experience that bind people to place, and people to other people where they live.

What do you think about when you hear the word ‘heritage’? Many of us can’t help but conjure up images of medieval castles perched on hills, grand country homes stacked with splendour, and museums filled with treasures and trinkets from the past stashed behind glass windows.

But what if the question was about your heritage? Or your local heritage? The breadth and variety of activities and assets discussed at a heritage roundtable event held at the RSA suggests that heritage is a welcoming tent. As attendees explained, people have all manner of important memories, experiences, and special spots that connect them to places. Quite simply, heritage is what people choose to make it.

The city of Bristol has particularly embraced this inclusive approach. Peter Insole, Principal Historic Environment Officer at Bristol City Council, discussed how the city had created the ‘Know Your Place’ online resource, which allows people to plot their stories, memories and photographs on maps, creating a rich tapestry of what Bristol’s heritage means to those actually living there.

‘the people who know places best are the people that come from there. ‘Know Your Place’ is all about harvesting and crowdsourcing that data. It’s not my role to define what’s happening, it’s my role to start conversations.’

‘Know Your Place’ is an excellent example of the type of heritage approach that the RSA has been championing in its Networked Heritage research, conducted alongside Heritage Lottery Fund. Indeed, number one on the list of our five networked heritage principles is ‘start with people’, which means questioning your assumptions of what heritage is and allowing it to be many things.

Manchester is a place that has been doing just that. For the past four years, the Manchester Histories Festival has been giving voice to and celebrating the stories of people often underrepresented in traditional heritage. ‘I wanted to run a festival based around listening to people’s ideas of what Manchester is all about’, Claire Turner, the Chief Executive of the Manchester Histories Festival told us. ‘I made a point of going out into communities that aren’t the usual suspects for cultural audiences to hear what they had to say about Manchester’s heritage’.

Aligning with this people-centric, inclusive understanding of heritage, the Manchester Histories Festival allows anyone who wants to run tours, discussion groups, digital engagement projects and anything else they can cook up, irrespective of previous experience. As Claire explained at the roundtable event, ‘allowing anyone to lead something makes heritage open to everyone.’

The examples of Bristol and Manchester speak to the need for heritage organisations and local authorities to think afresh about heritage. Heritage isn’t simply a bunch of buildings from the past; rather it is a collective store of memory and experience that bind people to place, and people to other people where they live.

Accepting this conception puts new responsibilities on the heritage sector and local government to think creatively about how to harness the energy of citizens and communities to power heritage, and activate it in ways that strengthen people’s attachments to the places that they live.

They could look to form drama groups, for instance, just as a group of young boxers from Moston have done with the support of Manchester Histories Festival. Although many had never been to an exhibition or a play before, the boxers have created a film about the history of their boxing club, and are now creating an exhibition and writing a play about Moston and its boxing history. 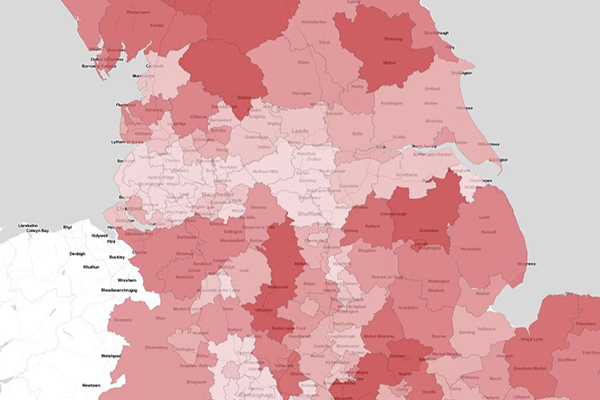 The potential for activities like this to connect people to history as well as to the places in which they live is the reason why the RSA’s Heritage Index, newly released for 2016 today, is as concerned with activities – participating, volunteering, contributing and investing — as heritage assets — the castles and palaces and national parks.

What will you think about when you hear the word ‘heritage’ now? The lesson from our Networked Heritage roundtable is that heritage organisations are willing to open up and lead the change, but places need a broad diversity of contributions to celebrate what makes a place distinct. Heritage underpins meaningful identity and civic pride, but citizens must fuel it. After all, heritage is whatever you choose to make it.

Want to get involved in your local heritage? Join the RSA Heritage Ambassadors Network