Built into the Citizens’ Economic Council programme are a series of Inclusion Roadshows that reach out to communities and groups typically marginalised from mainstream economic discourse and decision-making. This recognises the very different ways in which the effects of economic decisions can affect both people and their communities as well as the importance of inclusion when thinking about a citizens’ economy.

Included in this roadshow series was a visit to RSA Academy, Tipton, where groups of 16-18 year old IB students (post-16) and 12-13 year old student leaders (year 8) took part in separate workshops designed to create space for deliberative discussion about what the ‘economy’ means to them.

RSA Academy draws its students from the heart of Sandwell borough, one of the most deprived boroughs in England (as measured by the Indices of Multiple Deprivation). In this context, a core part of the school’s mission is to develop citizens who can make a difference on a local and global scale as well as contribute to social improvement through direct engagement with their community (for example, through the Multi-Faith Museum project). As such, RSA Academy staff and students were delighted to be a part of such an important and innovative RSA programme, the aims and values of which align so well with that of the school’s.

Using LEGO® Serious Play as a methodology, the pupils at RSA Academy engaged with wealth inequality, financial and economic instability, as well as the importance of creating a more sustainable environment through the economy for citizens. They also connected the economy to our social infrastructure – such as schools. 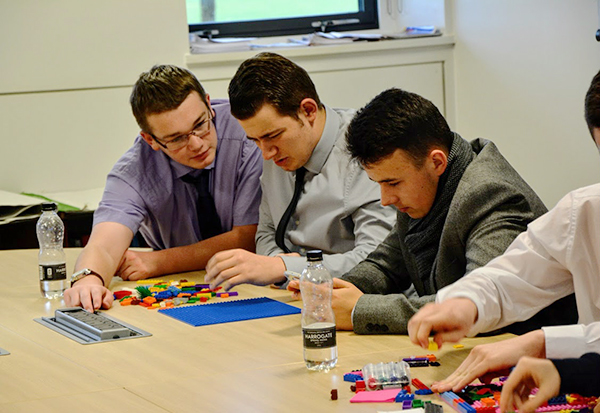 For post-16 students, the recurring themes that emerged from their constructed economies centered around wealth inequality, both between and within countries, as well as ways in which individuals or groups are excluded from the economy and the impact this has on opportunities.

The building of walls was a common motif, with Trump’s purported plan to build a wall between the United States and Mexico referred to several times. One group of students made a wall around politicians, indicating they were standing on a higher level, with some people beyond the wall politically excluded (such as under 18s, who can’t vote). Adults beyond the wall could only partly participate, however, as politicians try to hide what is really going on. The students explained the importance of everyone being able to participate equally, to see what’s going on behind the wall, as the decisions politicians make about the economy affect all of our lives.

The group was then asked to join their models together and create a bigger picture of the economy. Included in this bigger picture was a tower of industry linked to people working, meaning they could buy a home and attain financial security. It was suggested that the tower could be representing only one area of the economy that was being invested in, thus creating instability. As such, the taller the tower becomes, the more unstable it is – in one moment you can go from financial security to complete collapse. As one student commented, "the higher the tower is built, the further it has to fall." 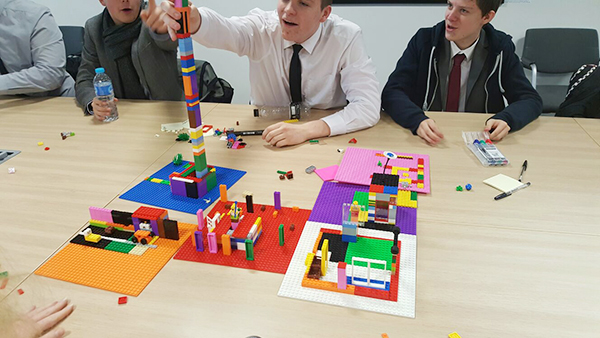 The second half of the workshop with the post-16s involved looking at the trustworthiness of news sources and putting them on a ‘scale of trust’ – this again brought about timely discussions about the increasing problems of fake news stories. The conversation also went beyond traditional ‘news’, as many students commented they trusted parents, friends and teachers the most as they naturally have one's best interests in mind.

Politicians were considered the least trustworthy as students viewed them as only interested in holding onto their power, and, as such, didn’t want things to change. Social media and newspapers followed next on the scale, though different newspapers were seen as more or less trustworthy. Another problem the students picked up on was confirmation bias – people tend to believe the news stories that confirm what they already believe.

In the feedback from the workshops, many felt this topic was both the most interesting and the most challenging. Students commented, "it was interesting to see other people's thoughts compared to mine" but "you had to look at society deeply in order to come up with an opinion" and "there isn't really a definite answer" – reflections on trust that are likely to resonate with most of us!

In the workshop with year 8 student leaders, pupils channelled their economy-building around themes connected to environmental impact. One pupil made two houses, explaining one caused much more damage to the environment because of the amount of electricity it used by dint of being badly built. Another assembled her LEGO® as the HS2 (High Speed Rail 2 Development), saying we needed it because it would allow people to get to work more quickly (as well as creating more jobs) but it would also cost a lot of money and destroy its surroundings.

One pupil was particularly influenced by her school, explaining that we needed schools to provide people with an education, paid for through tax. She also included the extension currently being built on the school grounds due to an increase in pupil numbers. As the student said, there is no more space – a timely observation given this is an impending problem not just in Sandwell, but nationally, as pupil numbers set to increase massively in the next ten years.

All in all, this group of year 8 students were impressively aware of what goes on around them at a local and global level and the impact this is having on the environment. The feedback also showed how much they enjoyed learning about “where the money comes from for the community”, “how the economy is connected” and how “everyone has a part to play”.

Indeed, all the workshops that day provided an inspiring insight into our future citizenry – proof, if it was needed, that these issues cannot and should not just be left to politicians and economists to think about. As the fantastic RSA Animate says, Economics is for Everyone! 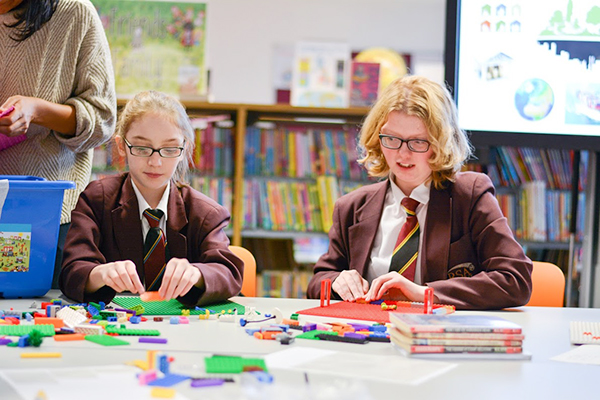 A final report on the Economic Inclusion Roadshow will be published in early 2017.