'Tis the season to look after our health

Winter health campaigns have long become part of our collective experience, targeting us when we're at our most reflective. With the excesses of the yuletide not far ahead and a New Year beckoning the relative glut of campaigns this season suggests that recent campaigns have shifted in response to public mood and have expanded to movement-building campaigns. This insurgent way of operating as a tactic for galvanising support looks like is here to stay and brings with it important lessons for the NHS and social care providers. 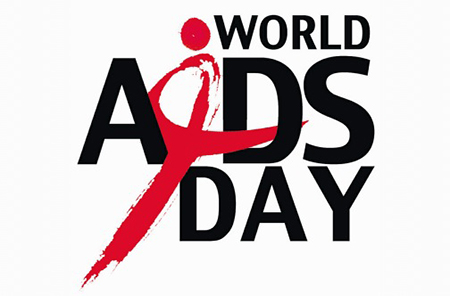 Where religious communities once advocated temperance on that grounds that “cleanliness is close to godliness”, contemporary health campaigns of recent years have targeted individuals to take responsibility for looking after their health and the health of those around them. This is of interest to the RSA, as we embarked on the Health as a Social Movement project with NHS England this year. We find many winter health initiatives utilise what behavioural scientists term ‘definitive social norms’ to use stories and testimonies in order to build empathy with constituents as well as normalising a set of behaviours amongst a community, something that former RSA staffer Nathalie Spencer also wrote extensively about.

Whether a shift in emphasis to the value of informal care settings and social action will improve health outcomes depends largely on the informed consent of the population. As we see with winter health campaigns, the best way to achieve this is through active participation and targeted asks to join a community of people like you improving your health, and maybe that’s where World AIDS day and Movember are able to shed some light.

The phenomena of men growing moustaches within the month of November instigated by the Australian-based Movember Foundation is archetypal of this trend. The world’s largest men’s health campaign spearheading the effort to reduce male suicide, has seen huge successes becoming a global health movement boasting a following of over 5 million ‘mo bros and mo sisters’.

Meanwhile, organisers behind World AIDS Day 2016 have used the imagery of the public health campaigns of the 1980’s in order to highlight the stubborn persistence of social stigma towards people living with HIV/AIDS. Two in five people living with HIV don’t feel supported by their GP Practice, two in five of the general public think their employer should tell them if a colleague is living with HIV, and an estimated 17% of those with HIV are undiagnosed.

The Ice Bucket Challenge however, which filled the countries social media newsfeeds for a summer appears insurgent amongst these other campaigns, demonstrating the power of social media and personal commitment as a sure fire way to build reciprocity amongst peers and friends. Whether it builds a long-term coalition for change however, remains to be seen. 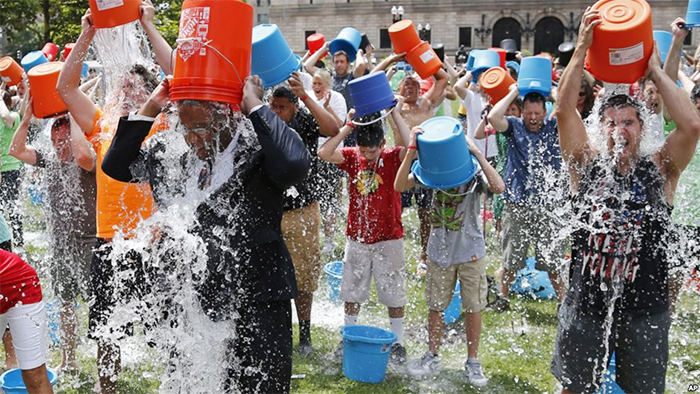 All these campaigns have different methods of inspiring change but all seek to compel people to action, or in the case of World AIDS Day, to challenge social attitudes about a health condition through a mixture of scale (building organisational capacity via the Terrance Higgins Trust) and spread (disseminating messages and/or behaviours as widely as possible). 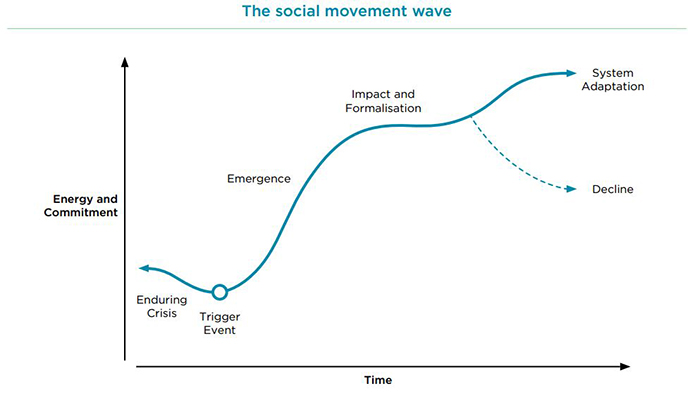 When more traditional charities such as the British Heart Foundation, avoid describing themselves as moment-building, emergent health campaigns appear focused on spreading behaviours and messages over scaling up through organisational development.

How to best adopt both scale and spread approaches to support and improving health outcomes is perhaps best seen in relation to mental health and the Time to Change campaign which couples organisational preparedness with a well-networked group of grass-roots advocates.

In a season of campaigns, we have a good opportunity to reflect on those successes.

Help us as we continue to support healthcare leaders to achieve the commitments laid out in NHS England’s Five Year Forward View but sharing your stories of movements in health with us.

Submit a story: tell us about social movements in health