What would Benjamin Franklin say?

Introduced in 1956 to mark the 200th anniversary of Franklin’s RSA Fellowship, the Benjamin Franklin Medal is one of the society’s two highest honours. Awarded to a US-based individual for contributions to global affairs and social progress the 2016 recipient is Teach for All’s Co-founder and CEO Wendy Kopp. In accepting the medal Wendy stated that in these turbulent times, investing in our future’s leaders has become more vital than ever.

Some may be familiar with Teach for America, others with Teach First.  Both are pioneering programmes that cultivate their nations’ promising future leaders to ensure their most marginalized children have the chance to fulfil their true potential. Teach For All (TFA) is the coming together of these programmes due to demand from around the world. It was created nine years ago and is a global network of 40 social enterprises on six continents who are developing pioneering education programmes in their countries.

Wendy founded Teach For America in 1989 to marshal the energy of her generation against educational inequity in the United States. Today, more than 8,000 Teach For America corps members, outstanding recent college graduates and professionals of all academic disciplines, are in the midst of two-year teaching commitments in 52 urban and rural regions. Teach For America has proven to be an unparalleled source of long-term leadership for expanding opportunity for children. After leading Teach For America’s growth and development for 24 years, in 2013, Wendy transitioned out of the role of CEO. 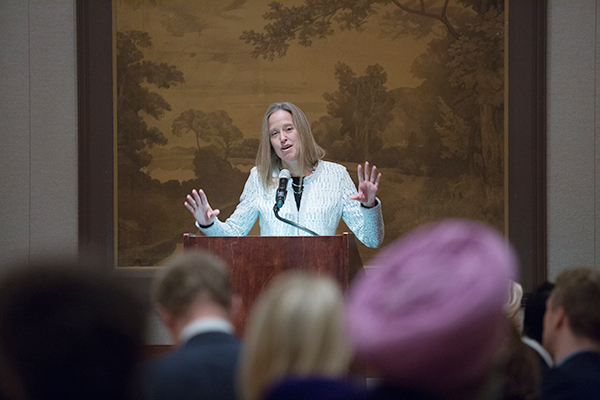 In Wendy’s acceptance of the medal she asked what Benjamin Franklin would make of today’s world.  She thought that he would tell us that investing in the education of tomorrow’s leaders is how we will make sense of today’s political turbulence because tomorrow’s  leaders will need resilience, creativity and social justice to deal with our increasingly complex world.

In his first trip to the US in a number of years, the RSA’s CEO, Matthew Taylor, congratulated Wendy on her achievements and enthused attendees with his vision for the RSA’s future. He shared that the day after the US presidential election the RSA was cited by the Huffington Post as one of organisations in which US citizens to enact positive change – and that it had won UK Social Policy Think Tank of the Year 2016. Repeating a phrase that’s fast-becoming his mantra Matthew said the RSA believes real change only happens when we think like a system yet act like an entrepreneur - “it goes through everything we do” he said.

So, I wonder what Benjamin Franklin would say about this year’s political change? As the only man to sign the Declaration of Independence of 1776, the Treaty of Paris of 1783 and the Constitution of 1787, Franklin was also a minister plenipotentiary to France. In his most famous speech on the last day of the Constitutional Convention Franklin got democratic theory and practice into one single sentence: “I agree to this constitution with all its faults.” Those faults are going to significantly test the foundations upon which our societies are built. 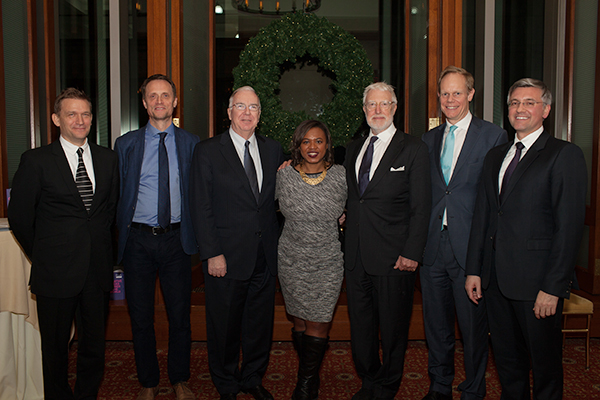 Wendy joins Chris Anderson, General Sir Colin Powell, Sir Jonathan Ive and Walter Issacson, to name but a few recent recipients. Wendy has been leading this agenda for over 25 years and yet appears freshly determined to make an impact – because it is so important that our leaders are ready for the world’s future challenges and opportunities.

Sincere congratulations to Wendy Kopp and her team on all they have achieved to date.

Find out more about RSA Global